Nate Parker is not a victim: "The Birth of a Nation" filmmaker needs to stop talking about his innocence

His "vindication" is beside the point. The problem is rape culture, and Parker's past is part of his film's message 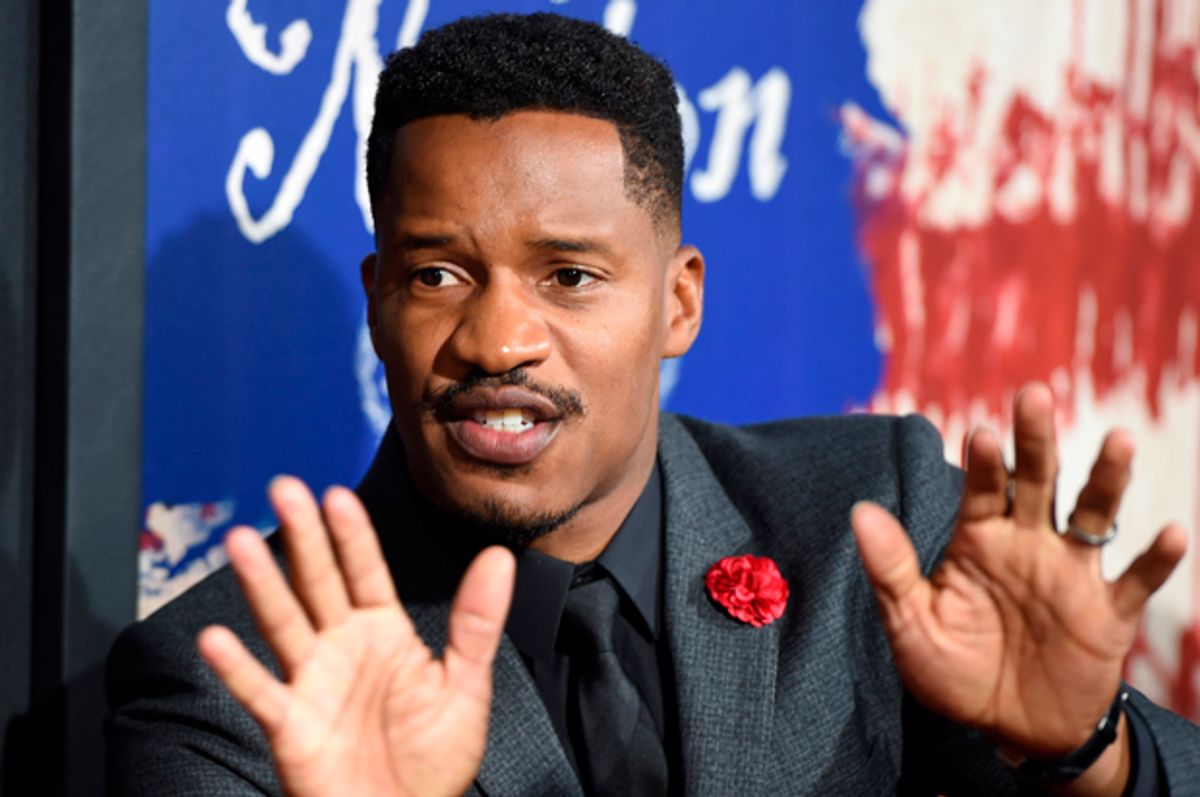 I'm not sure who Nate Parker has as friends or public relations handlers these days, but they should seriously tell him to STFU.

Yesterday Parker, the 36-year-old star, writer and director of the break-out Sundance hit "The Birth of a Nation" sat down for a lengthy "60 Minutes" interview with Anderson Cooper. When asked about the rape and sexual assault charges brought against him during his days as a wrestling star at Penn State, of which he was acquitted in trial, Parker stated:

Here’s what we know:

Nate Parker was charged, went through the system and won. Congratulations on beating a system that has a history of mistreating women. That's why this case isn’t solely about Parker — it’s about rape culture in this country.

We just watched the Stanford University rapist, Brock Turner, serve three months on a six-month sentence when the prosecution recommended six years and his multiple convictions potentially carried up to 14 years in prison. His whiteness, his money, but most importantly, America’s lack of respect for women and culture of objectification, allowed Turner to get off easy. Brock Turner could probably be president one day. It's clear that beating a rape charge in America doesn’t automatically equate to innocence, and that’s where much of the anger against Nate Parker comes from.

To use another criminal justice travesty comparison: Think about cops who murder unarmed African Americans. The bulk of them are guilty, with an overwhelming amount of evidence, but if they are even charged at all, they are rarely convicted of any crime. NYPD officers used an illegal chokehold on Eric Garner, then neglected to perform CPR on him after their restraint prevented him from breathing, in broad daylight in front of witnesses and weren't even indicted.

What if the cops who stopped Freddie Gray, beat him, broke his neck, smashed his voice box and then drove his limp body around in a van said, “I had a trial and I was vindicated, I was proven innocent?” Those crimes happen against people who look like Parker every day, making police murders of unarmed African American practically legal, just like sexual assault. And that’s the main reason why his film "The Birth of a Nation" is so relevant.

It doesn’t take a rocket scientist to see what’s going on. "The Birth of a Nation," a film about a mass insurrection, being released at one of the most polarizing times in American history is damaging to oppressors, slavery- and racism-deniers and American apologists. Of course tearing Parker apart is the best way to distract from the real message. But Parker needs to realize that his past is also part of the message.

I understand that Parker doesn’t want to go down in history as a rapist. No sane person would, especially if they are innocent. But he was charged in a country that denies rape, making him guilty even if he was proven innocent. Nat Turner risked his life for what he believed in­­. Parker doesn’t even have to risk his career to acknowledge America’s toxic rape culture. That’s all people want from him.

Proclaiming his innocence doesn’t help the mess that Parker has found himself swept up in, nor does it solve the negative issues surrounding his film that distract from its message. If I was Parker's friend or publicist, I’d tell him to stop talking about himself and start acknowledging the system that perpetuates America's rape culture, as well as its victims, then ask, “What can I do to help? How can I contribute?”

Because yelling “I didn’t do it!” isn’t working, nor is it positively contributing to any of his goals. If Parker wants to re-focus the conversation on his film and away from his past, he needs to come to terms with — or work harder to understand — how he continues to benefit from the very system he seeks to dismantle.