Who should Trump be blaming for his business failures? Himself 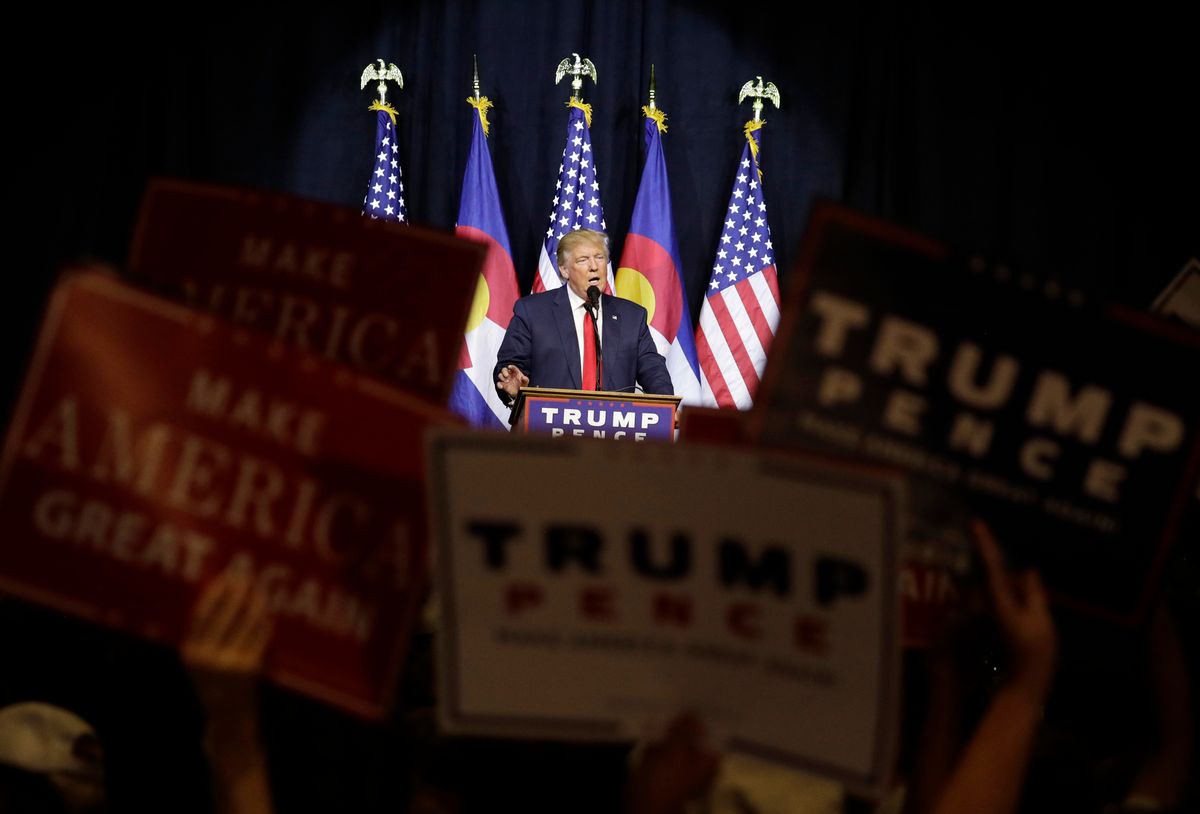 WASHINGTON — Donald Trump compared the 1990s to the Great Depression, split hairs on his history with bankruptcy and equated his efforts to pay as little as possible in personal income tax to a legal duty.

These deviations from the truth came Monday during a rally speech in Pueblo, Colorado, as Trump responded to a weekend report in The New York Times that revealed the GOP presidential nominee posted a loss of more than $916 million on his 1995 state tax returns. The reported loss could have allowed him to avoid paying federal income taxes for nearly two decades.

A look at some of Trump's claims and how they compare with the facts:

TRUMP: "The news media is now obsessed with an alleged tax filing from the 1990s at the end of one of the most brutal economic downturns in our country's history. If you remember the early '90s, other than I would say 1928, there was nothing even close," Trump said. He later called the early '90s "an economic depression."

For Trump to blame his personal financial woes largely on the recession of the 1990s is also a stretch. Toward the end of the 1980s, Trump borrowed large amounts of money at steep interest rates to pay for expensive, and ultimately unsuccessful, properties. One of his casinos, the Trump Castle, defaulted on debt payments in June 1990 — a month before that recession even began.

Trump's problem there wasn't that visitors to Atlantic City suddenly stopped gambling — the city's gaming revenues rose every year in the 1990s. It had more to do with Trump's past mistakes, such as selling junk bonds with a 14 percent interest rate and overbuilding.

Also, the Great Depression began after the stock market crash of 1929, not 1928.

TRUMP: "I have a fiduciary responsibility to pay no more tax than is legally required like anybody else."

THE FACTS: Corporate executives have justified tax avoidance by citing their fiduciary duty for years, but Trump's use of the term might be the most creative misapplication of the term yet. A fiduciary, by definition and by law, is a person who must act in the best interest of another party. It's the highest possible legal standard of care for another person's finances.

Public company executives have thrown around the term loosely in recent years, arguing that they are obligated to maximize shareholder profits however possible. Trump's statement goes even further, saying he has a fiduciary responsibility to himself.

Other presidential candidates, including Mitt Romney in 2012, intentionally opted not to take certain tax deductions, meaning they ended up paying more than necessary in the strict legal sense. Trump might not want to pay taxes. He might not even have to. But he certainly has no fiduciary responsibility to minimize his personal tax burden.

TRUMP: "Some of the biggest and strongest people and companies went absolutely bankrupt, which I never did. By the way, are you proud of me? Would have loved to use that card, but I just didn't want to do it."

THE FACTS: Trump did use that card with his businesses. While he did not personally file for bankruptcy, his companies filed for Chapter 11 protection six times between 1991 and 2009. During a Republican primary debate last year, Trump acknowledged his role in the corporate bankruptcies, but left out a couple. "I've done it four times out of hundreds, and I'm glad I did it. I used the laws of the country to my benefit," he said.