Gary Johnson, are you doing OK?

Gary Johnson unleashes truth on CNN: "I guess I wasn't meant to be president" 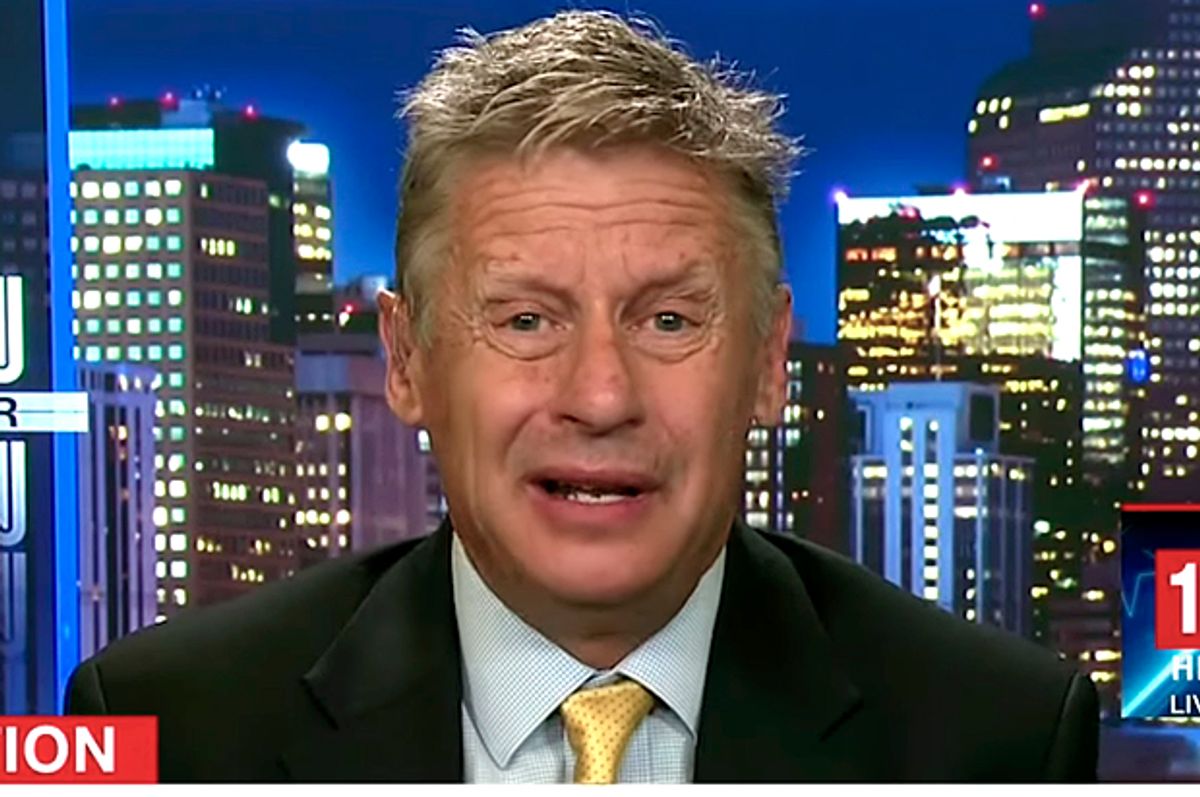 Gary Johnson, let's talk about you. How are you feeling? It seems like you have had a rough few weeks.

I saw you on CNN on Tuesday morning and am a bit worried. For starters, you flinched when you were asked about your "Aleppo moment." Was it that traumatic? If it makes you feel any better, you may have done well by saying the next day that you won the exchange because you couldn't name a leader you looked up to. Good way to turn that one on its head.

If it makes you feel any better, your excuse makes sense, even the way you phrased it on CNN: "OK so I point out an elected leader that I admire, and then all of a sudden I have to defend them against things that I'm not even aware of," Johnson said. "If that's a disqualifier to run for president, so be it."

I hate to break it to you, but that's sort of what international politics is about. The U.S. has allies, and they sometimes come for dinner. It's really not good if you insult them on their special day.

On Tuesday, you also tried to explain away your gaffes by saying that you have "never been in politics before." Are you forgetting that you were a two-term governor of New Mexico, and that you actually ran for president in 2012 (as a Republican first, then as a Libertarian after you couldn't get in the debates)?

You're starting to see the truth here, though, when you say, "I guess I wasn't meant to be president."

It's understandable. Running for president is hard, even if you're running as the candidate for the "we want to vote for a Republican, but not that Republican" crowd — and especially if it seems that you haven't done your international relations homework.

But back to how you're feeling. You look jittery. You need sleep. If only there were something you could take to make you nice and sleepy, and, ya know, mellow out a bit.