Sen. Ayotte has repeatedly attacked contraception funding but is trying to confuse the issue with free condoms 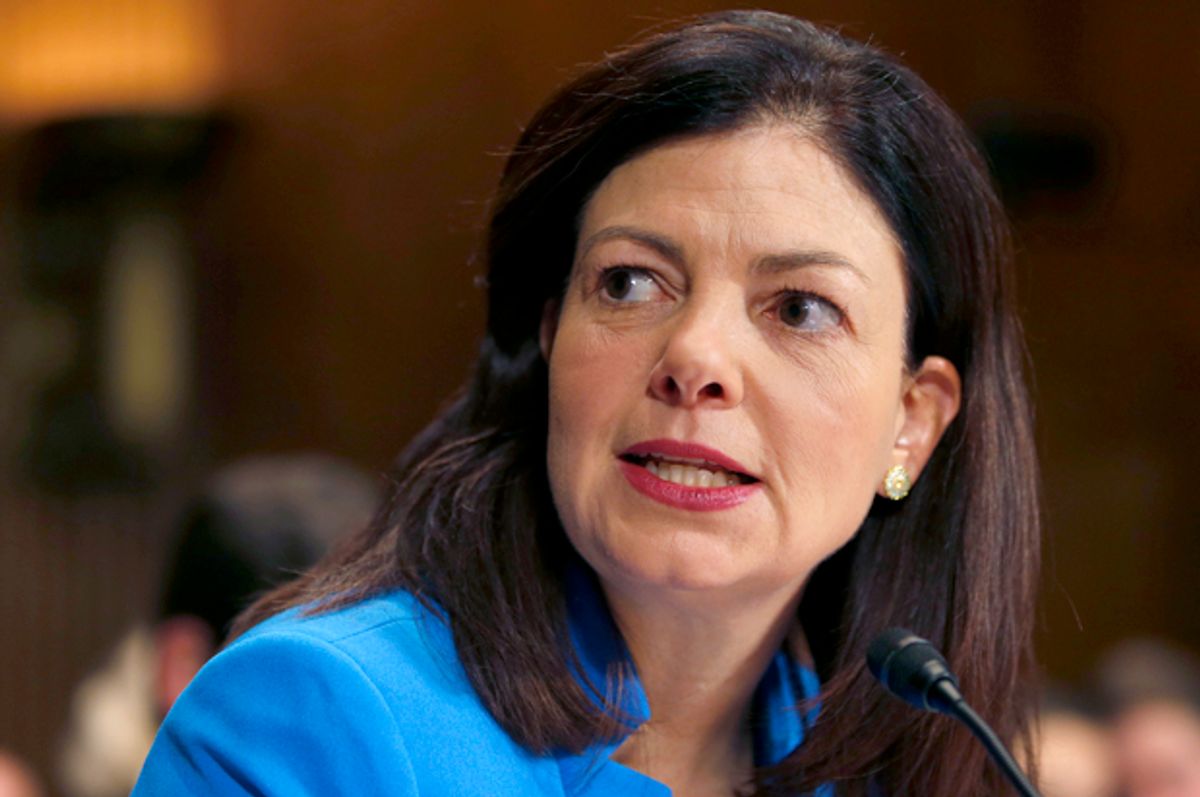 Sen. Kelly Ayotte of New Hampshire has a long history of hostility toward affordable reproductive health care. In her brief tenure in the Senate, she has managed to mount a laundry list of attacks on pretty much every program there is to help women.

Ayotte indulged the right-wing lie that Planned Parenthood is involved in "the practice of the harvesting of organs and body parts of unborn babies" and, like her fellow Republicans, used that slander as an excuse to attack funding for contraception and other non-abortion services at the reproductive health organization. Indeed, she voted against such funding a whopping six times in the space of one day.

But that's hardly her only attack on affordable contraception and other reproductive health care services. In 2011, Ayotte voted for a bill that would completely terminate Title X funding, which covers contraception and sexually transmitted infections to all clinics that offer subsidized services for low-income people. She co-sponsored the Blunt amendment, a bill that would allow an employer to deny someone the right to contraception coverage under the Affordable Care Act. She has argued that an employer's "religious freedom" is infringed unless he can deny a person contraception coverage.

This pattern is hurting Ayotte in New Hampshire, where Planned Parenthood's political action fund is making a heavy push to educate voters in the swing state about her opposition to affordable contraception.

So Ayotte responded by handing out free condoms at college campuses.

"As part of Kelly’s commitment to making birth control available over the counter, please take a free condom," a sign at the University of New Hampshire reads, according to Politico.

It's a gambit that is becoming popular with Republicans in swing states, including Cory Gardner in Colorado. To appease a base that is hostile both to women's sexuality and to social safety net programs, they slash at any efforts to make contraception and gynecological visits affordable. Then, to appease moderate voters who have no problem with contraception, they claim they want to make the birth control pill available over the counter. The implication is that one doesn't need access to a doctor or health care coverage if you can just go to the drug store for your pregnancy prevention needs.

In many countries, including Mexico, birth control pills are already sold over the counter, and there hasn't really been any problem with it. Contrary to what religious-right propaganda suggests, the pill is both safe and effective. But Mexico has controls in place to keep the prices low — something that is unfortunately not the case in the United States. When you put all the pieces together, it suggests that Ayotte's agenda is to undermine systems that make contraception affordable and push women toward buying the pill at full price in drugstores.

The pill is expensive, costing anywhere from $20 to $50 a month. Research shows that when the cost of contraception rises, low-income women use it less and end up becoming unintentionally pregnant more often. For people who struggle to afford food and rent, paying $50 a month for pills is often out of the question.

He followed up with another gloating tweet: "9 Dem staffers took work time to tweet at me about OTC birth control. Telling."

Cecile Richards, president of the Planned Parenthood Action Fund, said in a press release  “A free condom is not a substitute for the care that 13,000 New Hampshire patients receive at Planned Parenthood health centers – which Kelly Ayotte voted to defund six times."

The Ayotte campaign did not respond to requests for comment.

Ayotte is clearly trying to position herself as a "moderate" who isn't ideologically opposed to birth control but that hardly matters for the women who can't afford to pay out of pocket for gynecological visits or contraception. Her moves around this issue signal a strong belief that sexuality should be a luxury for those who can afford to pay for it, instead of a basic aspect of human existence.