Bill Clinton offered a blunt, mostly accurate critique of the Affordable Care Act — and is getting slammed for it 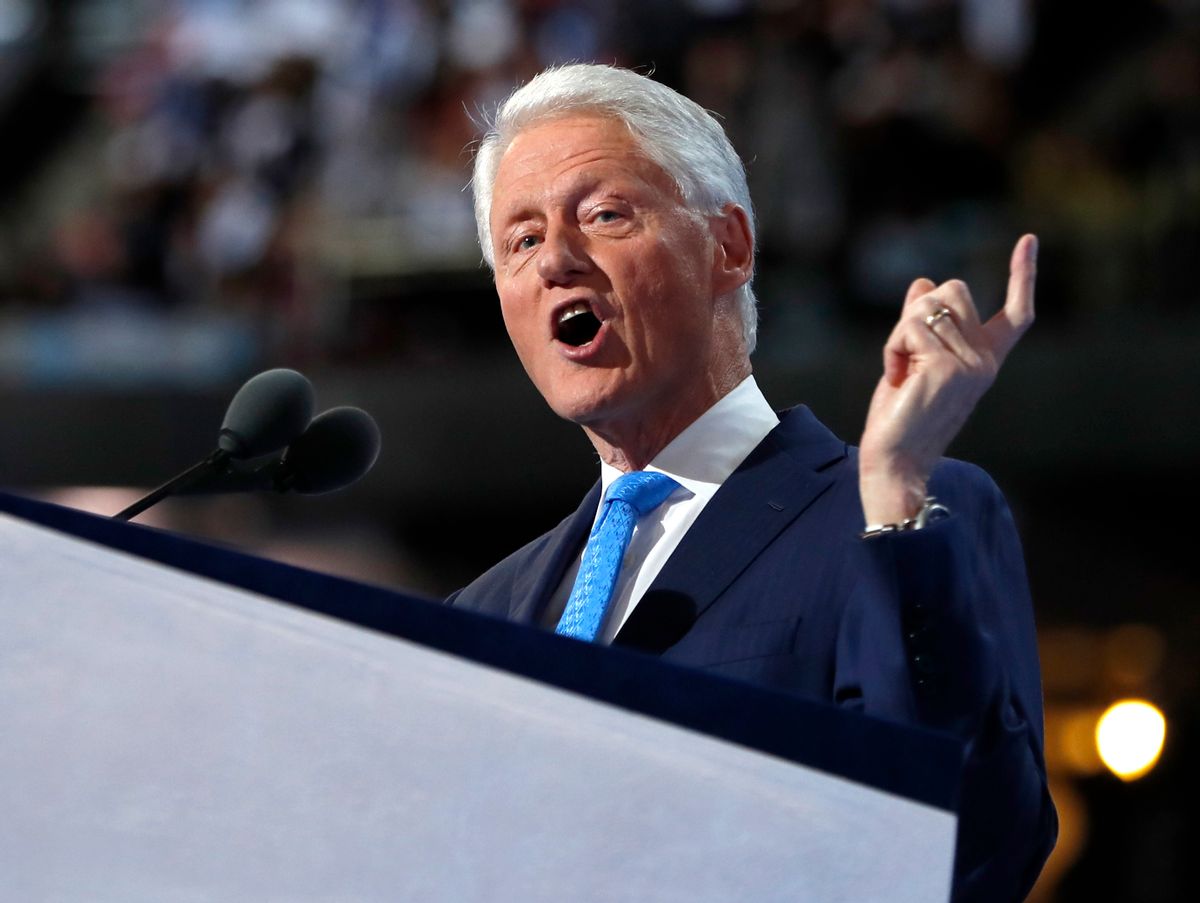 FILE - In this July 26, 2016 file photo, former President Bill Clinton speaks during the second day session of the Democratic National Convention in Philadelphia. Clinton will deliver a eulogy at the Rhode Island funeral for a longtime friend and major Democratic donor and fundraiser. The service for Mark Weiner will be held Tuesday, Aug. 2, at noon at the Temple Beth-El synagogue in Providence. (AP Photo/Carolyn Kaster, File) (AP)
--

Let’s talk about Bill Clinton and the Affordable Care Act. Both are playing important roles in the 2016 presidential campaign. Both bring a mix of positives and negatives to the campaign trail. And both have a knack for becoming the focus of campaign drama. These two looming pillars of political importance collapsed into each other this week in Michigan when, if you believe all the headlines, Clinton described the Affordable Care Act as “the craziest thing in the world.”

As has become customary with scandalized reporting about Clinton and the ACA, a few things have to be cleared up. As the Huffington Post’s Jeffrey Young wrote, Clinton did not describe the totality of the ACA as “crazy.” Clinton praised the Medicaid expansion and coverage subsidies for low-income Americans as effective ways to boost health insurance coverage. Then he lamented the fact that some people who “are out there busting it — sometimes 60 hours a week — wind up with their premiums doubled and their coverage cut in half.” This mix of successes and setbacks, the former president concluded, is “the craziest thing in the world.”

As far as critiques of the Affordable Care Act go, this isn’t at all controversial and it lines up broadly with Democratic presidential nominee Hillary Clinton’s proposals for how to amend the ACA to address these problems. She’s proposed expanding access to existing Obamacare tax credits, adding an additional tax credit for people with high out-of-pocket costs and letting people buy into Medicare coverage.

President Barack Obama has endorsed adding a public option to the law to help boost coverage. From the beginning, the Clinton campaign’s approach to health care has been “Obamacare is good; let’s make it better.”

What got Bill Clinton in trouble, obviously, was departing from the positive "fix Obamacare" messaging of his wife's campaign and describing the law's ups and downs as “crazy.” It was a bit of unguarded language that, as the former president probably should have realized, was going to end up making headlines. It will no doubt rankle some Obama supporters and may even pick at the scabs of the Clinton-Obama political tension that boiled over during the 2008 primary campaign.

Nonetheless, we’re in this weird space in which the former Democratic president is being criticized in the press and by Republicans for saying something that most people would agree is accurate: Obamacare has had some tremendous successes but also faces some major problems. The ACA has resulted in a massive expansion of health coverage and a precipitous, historic drop in the uninsured rate. At the same time, major insurers have backed out of state-based exchanges, citing unsustainable financial losses. These problems are fixable, but they’re real. Denying their existence doesn’t do anyone any good.

But now we have Republicans and pundits piling on Clinton for this moment of pointed honesty.

Republican presidential nominee Donald Trump “thanked” Bill Clinton during a campaign stop for telling the truth about the ACA: “I want to thank him, honestly, for being honest. I want to thank him, because that’s it. It’s not a great secret.” House Speaker Paul Ryan put out a snarky “fact-check” of Clinton’s comments that — you won’t believe the punch line — found them to be accurate. It’s your standard Kinsley-gaffe situation: a political figure embroiled in controversy because he said something too truthful.

I have to point out that the Republicans' trying to make hay of all this are skipping right over something else Bill Clinton said: “We got to figure out now what to do on health care. [Hillary’s] opponent said, ‘Oh, just repeal it all. The market will take care of it.’ That didn’t work out very well for us, did it? We wound up with the most expensive system in the world and we insured the smallest percentage of people.”

The overarching point of Bill Clinton’s remarks was that Obamacare, even with its problems, is still vastly superior to the old health care status quo.

The former president was also correct that the Obamacare “replacement” plans advanced by Trump and Ryan are vague, platitude-heavy proposals that go a long way toward bringing back the worst aspects of the pre-Obamacare insurance market: dropped coverage, penalties for pre-existing conditions and bare-bones plans that don’t provide any meaningful coverage. Going back to that era would definitely be crazy.