BULLSH**TER OF THE DAY: Monica Crowley, for tweeting about walls 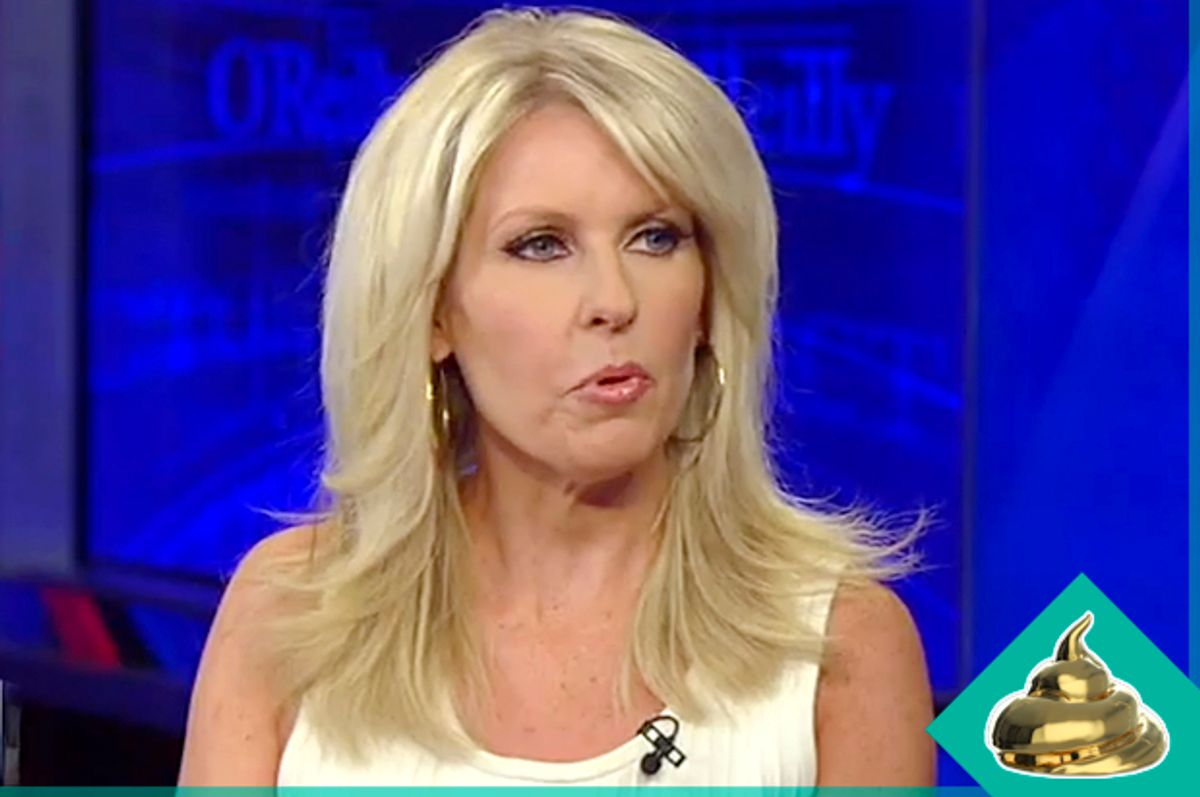 Bullshitter of the Day is a regular series highlighting the most outrageous quotes from the world's most virtuosic shovelers.   This story has been corrected since it was originally published.

Note: Due to a reporting error, Monica Crawley was incorrectly labeled the Bullsh**ter of the Day for October 5, 2016. Her comment was actually made on October 5, 2015.

Walking along the remaining stretches of the Berlin Wall, inspiration struck. Ignoring anything about history she might know, Crowley thought to herself, "walls work, walls must work, otherwise why would this wall still be here?" And then she set a reminder to tweet her revealed wisdom a week later. Or something.

Walls, as structural parts of buildings, do in fact work. Humans have been using them to take refuge from bad weather and noisy roommates for centuries. That said, using the Berlin Wall as an example of why walls work as a defense and border control mechanism? That's bullshit. Unless, of course, you are ready to defend autocratic totalitarianism.

Nope. It's not even the first time she has looked for illustrative examples of walls around the world and in history. Back in July 2015 she tweeted "Because fences work. Hi, southern border!" and linked to a news story about Turkey and Tunisia fortifying their borders in the aftermath of terrorist attacks on civilians. You know, EXACTLY THE SAME SITUATION as in the Southern border of the United States.

Bullshitter Of The Day Monica Crowley