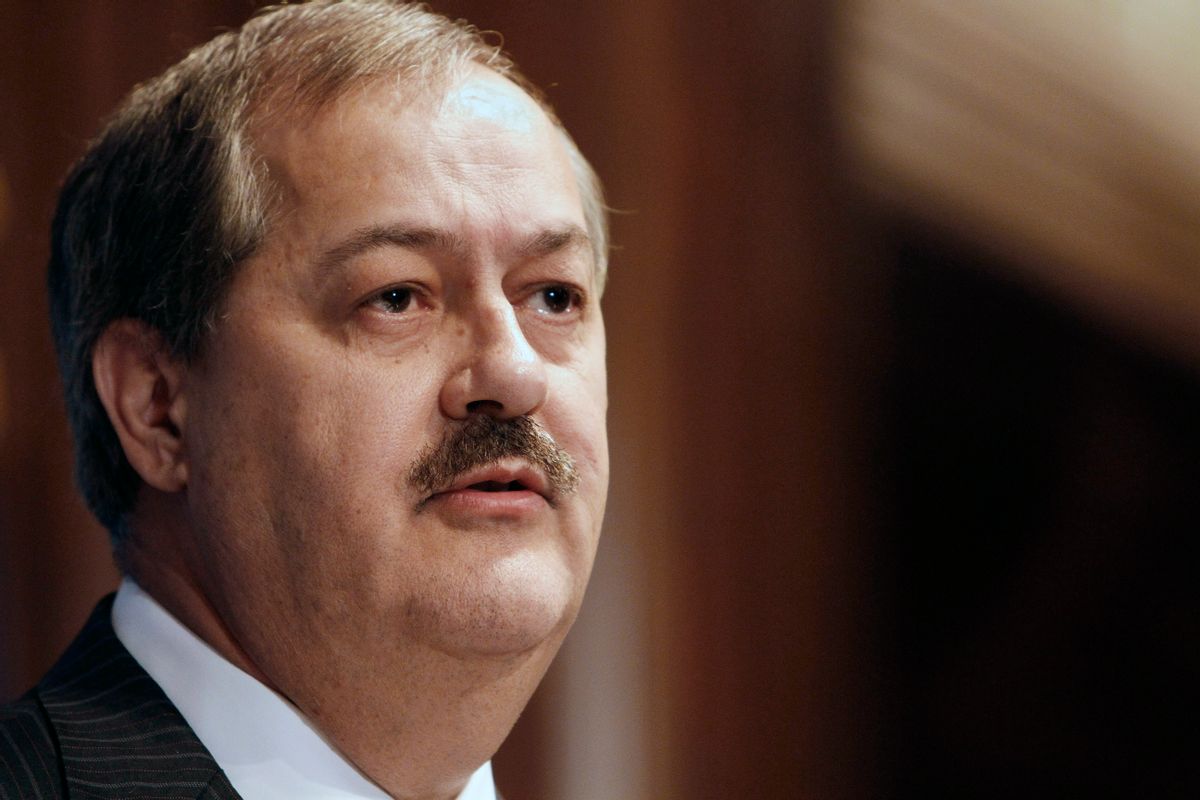 CHARLESTON, W.Va. — A defiant Don Blankenship declared himself an "American political prisoner" on his blog, blaming others for the 2010 mine explosion that killed 29 men and landed the former West Virginia coal operator in federal prison.

The ex-Massey Energy CEO posted the 67-page booklet Tuesday and said he'll distribute it to 250,000 people.

Blankenship reported to a California federal prison May 12 for a one-year sentence for conspiring to willfully violate mine safety standards at West Virginia's Upper Big Branch mine, site of the explosion.

Oral arguments in his federal appeal will be Oct. 26.

Blankenship wrote that politicians imprisoned him for political, self-serving reasons.

He claims misconduct by prosecutors, judges, law clerks, the FBI, President Barack Obama, Sen. Joe Manchin and the Mine Safety and Health Administration.