Not only boring: The vice presidential debate failed to deliver on style or substance

The debate displayed the biggest problems with our current political system 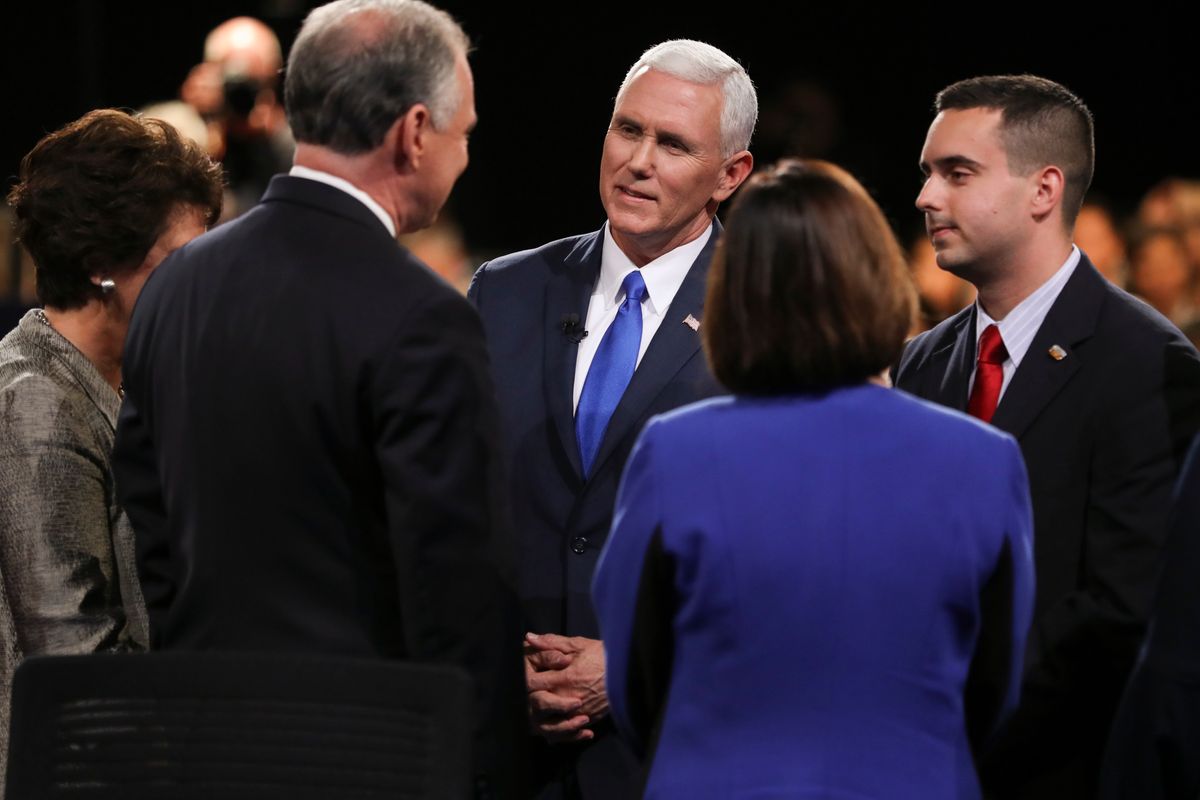 Well, that was depressing.

No, it was dispiriting because it so vividly displayed the problem with our current system of debates. This is no way to run a democracy.

If last week’s Donald Trump free-for-all, freefall debate performance was one extreme – out of control and fact-resistant – this week’s vice presidential event showed another, a demonstration of the perils of being overcoached and overprepared with stock, canned answers repeated ad nauseum and infinitum.

So there was Republican Mike Pence stolidly behaving like a real-life version of Sam the Eagle from the Muppets, shaking his head and bemoaning the fate of an America ruled by Hillary Clinton, and Tim Kaine as the overexcited puppy eager to make his presence known, apparently told that the way to dispel the image some may have of him as too soft and nice is to keep interrupting; in effect, chewing the other guy’s new slippers.

Kaine may have started it, but in truth, the interruptions by each of the two were, as Rachel Maddow said on MSNBC, “maddening to the point of incomprehensibility.” The hectoring crosstalk did diminish some as the night wore on but it wasn’t conducive to any real dialogue or thoughtful discussion of the issues (the exchange on abortion at the end actually came somewhat close, thanks to Kaine).

And once again there was no talk of climate change or income inequality or education or infrastructure or health care, to name but a few of the topics that desperately need to be addressed. Instead, we got Pence running contrary to his running mate’s embrace of Vladimir Putin, calling the Russian leader “small and bullying” and Kaine repeatedly going after Pence for Donald Trump’s refusal to release his tax returns. No one would mistake Monday’s slapfest as a celebration of the Federalist Papers.

If, as many have suggested, the Clinton-Kaine campaign’s strategy was to put Pence on the defensive, denying that Trump has said a basket full of deplorable things we all know he has said, then the evening may ultimately belong to them. We won’t know for sure until we see the impact, if any, of the fact checking that will appear over the next few days as Pence’s denials are thrown up against the videotape of Trump declaring exactly what Pence claimed he didn’t. Those facts certainly won’t change the magical thinking of the Trump-Pence base; perhaps it will affect the undecideds on the fence.

Rating by onstage performance and the response of the pundit class, Pence’s icy calm may have won out over Kaine’s hyper champing at the bit, and the Republican governor certainly has deftly positioned himself for 2020. But as Mark Twain said of Richard Wagner’s operas, Kaine’s attacks may have been better than they sound.

We’ll see. What’s for sure is that the clear losers tonight were any Americans who hoped to hear something, anything, of real substance. Days to go: 33, and the republic is still adrift, with no sign of the lifeboats.