What did the candidates say, and why did it matter? 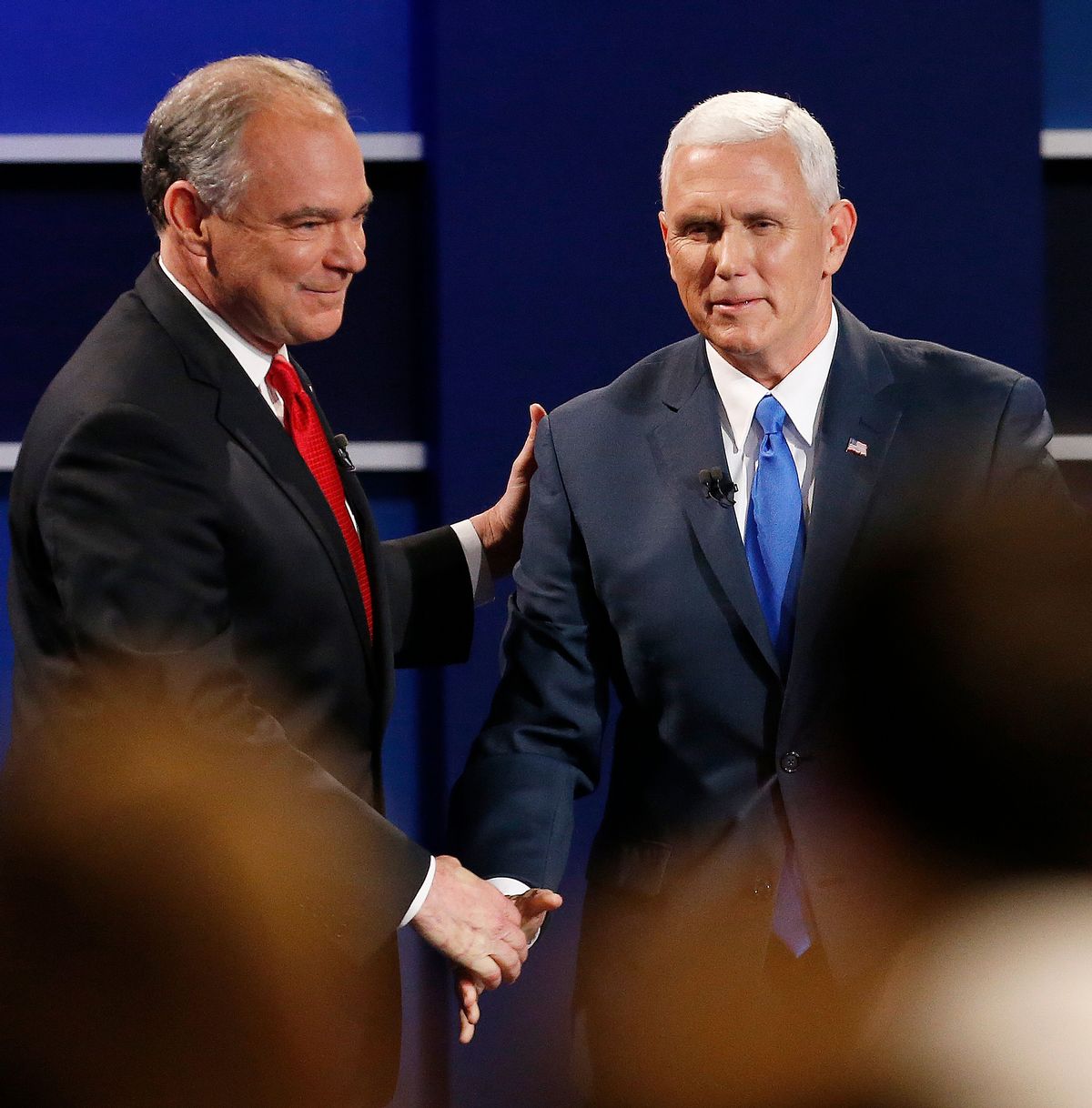 Virginia Sen. Tim Kaine and Indiana Gov. Mike Pence took the debate stage Tuesday evening. As America was getting acquainted with the vice presidential candidates, we asked two scholars to pick a key quote from the evening and tell us why it was important.

“I tried to stand for the ancient principle of the sanctity of life. I am also very pleased that Indiana became the most-adoption state. But what I can’t understand is Hillary Clinton – how she can support a process like partial-birth abortion.”
– Mike Pence, Republican candidate for vice president

Donald Trump selected Mike Pence as his running mate, in large part, because Trump needed to reassure Republicans about his willingness to hold to conservative social positions, given his past embrace of liberal positions on issues like abortion.

Pence, unlike Trump, has always been a conservative hardliner, particularly on issues like abortion. The challenge that this creates is that most voters don’t share his views. Consider the following data from the 2012 American National Election Studies survey. While 45.7 percent of respondents said that women should always be able to attain an abortion as a matter of personal choice, only 11.5 percent said that abortion should never be permitted.

Trump’s need to reassure conservatives with a selection like Pence has created a different electoral challenge by hewing his campaign to the most extreme end of the abortion spectrum.

Political conflicts can be defined by “lines of cleavage,” Schattschneider wrote. If you want to win, draw the line of cleavage in a place that is beneficial to you, by placing as many people as possible on your side. If you oppose abortion for rape victims (as Pence does), don’t talk about it. By turning the abortion question into a question of partial birth abortion or taxpayer funding of abortion, Pence moves the line of cleavage to one in which Pence (and Trump) are on the side of the majority, while simultaneously reassuring conservatives of the Trump campaign’s commitment to the antiabortion cause.

It was a deft move.

Justin Buchler is the author of “Hiring and Firing Public Officials: Rethinking the Purpose of Elections.”

To be sure, this was a scripted line – and even Mike Pence called him on it. Hillary Clinton and Kaine have used this talking point on the campaign trail. But, it’s likely to gain more traction in the coming weeks, especially given recent revelations regarding Donald Trump’s 1995 tax returns as reported by The New York Times.

If Donald Trump did not pay federal income tax for the past 18 years, do not expect many swing voters to embrace him for “brilliantly” using the tax code to his advantage, despite what Mike Pence and other Trump campaign surrogates have argued.

During the first presidential debate, Trump stated that he was “smart” for taking advantage of the U.S. tax code. Following the debate, Hillary Clinton posed this rhetorical question to crowds of her supporters: “If not paying taxes makes him smart, what does that make the rest of us?”

Trump’s tax problems, business bankruptcies and the “you’re fired” tag-line from “The Apprentice” gives the Clinton/Kaine campaign plenty of ammunition for negative campaign ads. If Trump is such a successful businessman, how could he suffer a US$900 million loss in one year? Will he do for the United States what he did for Atlantic City? Look for more television ads along these lines in battleground states like Florida, Pennsylvania, Ohio and Virginia in the near future.

While Tim Kaine did not have an especially strong debate performance – appearing more rigid and scripted compared to Pence – he did no harm and he reinforced several important campaign themes. Now, the rest is up to Hillary Clinton.

Kyle Kopko is the coauthor of “The VP Advantage: How Running Mates Influence Home State Voting in Presidential Elections” with Christopher Devine.