Mike Pence had the tough job of defending Donald Trump during his VP debate, but he didn't have to lie so often 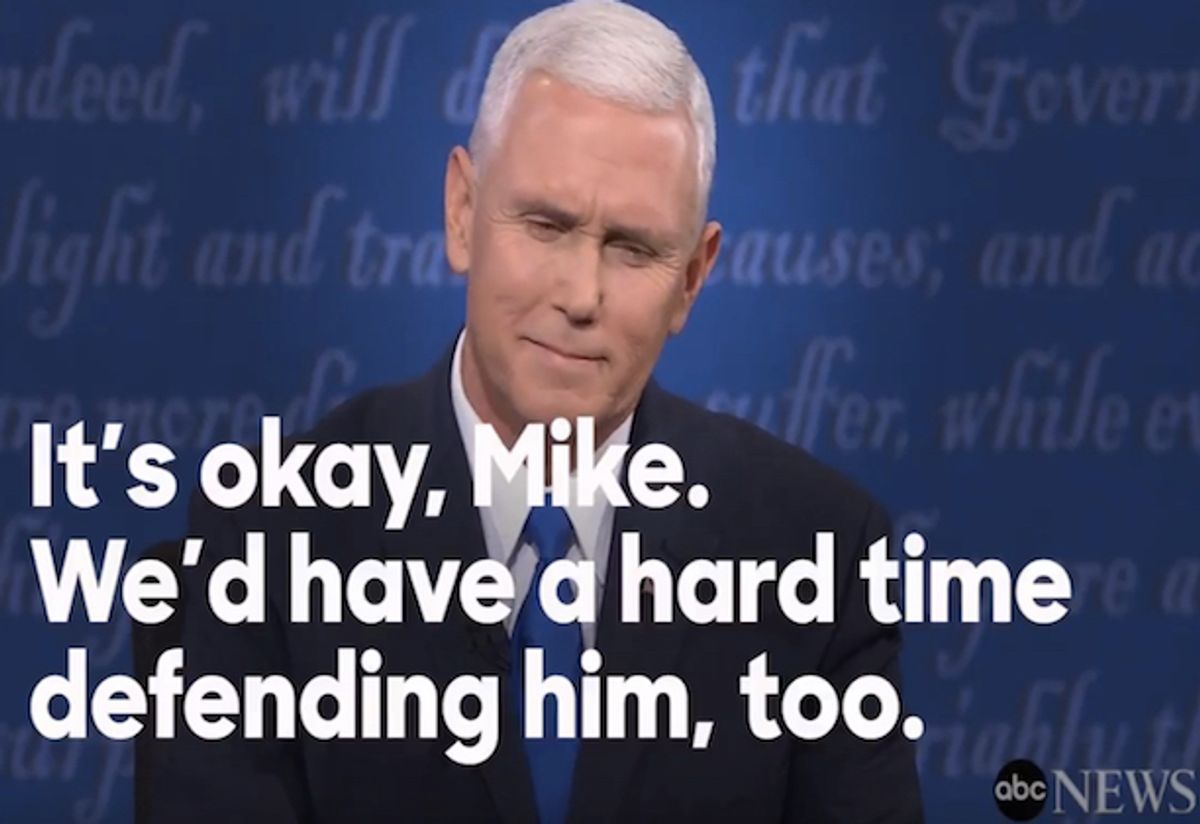 According to a CNN/ORC instant poll, Pence scored a narrow win over Kaine during the battle of the bland, but the Clinton presidential campaign is out with a new ad this morning meant to set the record straight.

With segments from the debate of Pence squarely denying that certain remarks were ever uttered by Trump, the Republican presidential nominee, the Clinton ad then cuts to past clips of Trump actually making the comments in question.

"At the #VPDebate, Mike Pence tried really, really hard to deny pretty much everything Donald Trump has said and done," Clinton said in a tweet. "Let's replay the tape"

At the #VPDebate, Mike Pence tried really, really hard to deny pretty much everything Donald Trump has said and done. Let's replay the tape: pic.twitter.com/5XNKyFX6az

In the one and only face-off between Pence and Kaine, Trump's running mate kept shaking his head and could be heard scoffing and laughing out loud — before saying “that’s absolutely false” and “oh, that’s nuts” each time Kaine brought up controversial comments made by the Republican firebrand.

"He didn't say that," the Indiana governor often said of Trump during the 90-minute debate.