BULLSH**TER OF THE DAY: Vanilla Ice, for bragging about riding out a deadly storm

The two-hit wonder shares some irresponsible thoughts on Hurricane Matthew 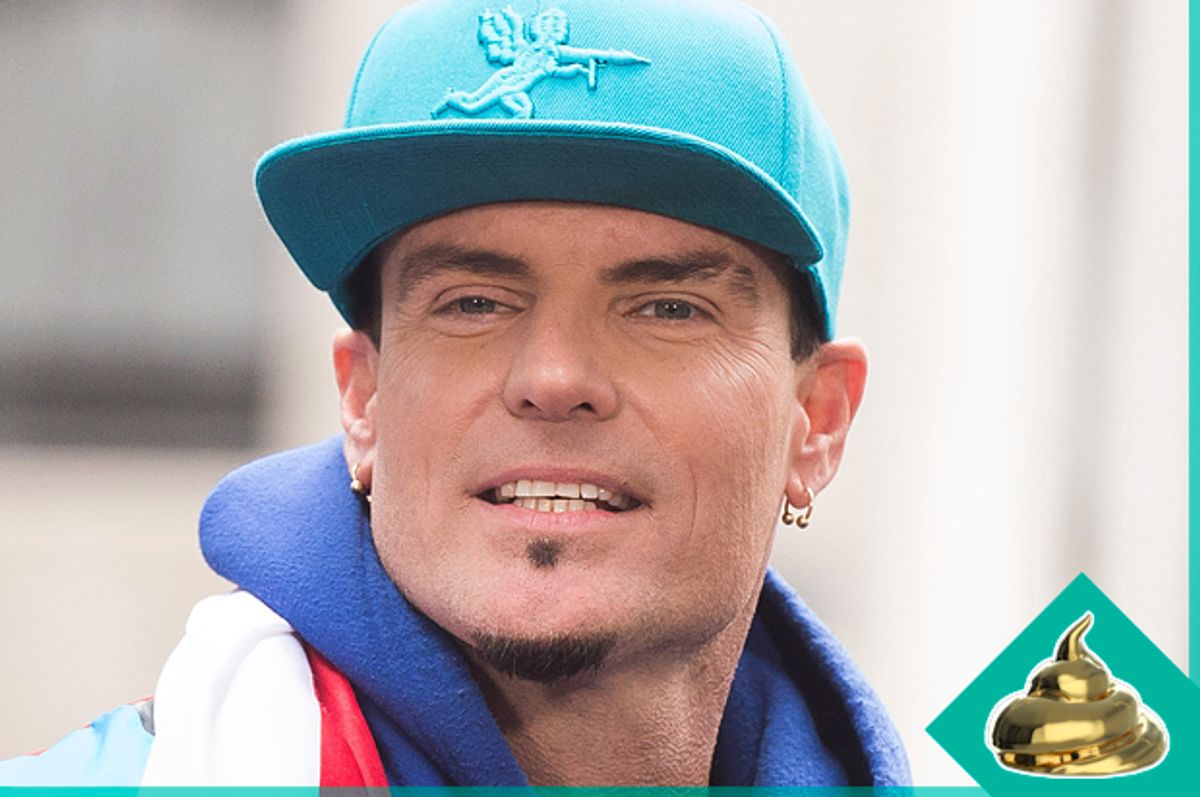 "This hurricane is serious and coming right at me. I'm going to ride out the storm. I'll keep you updated."

This hurricane is serious and coming right at me. I'm going to ride out the storm. I'll keep you updated pic.twitter.com/LQGzAFY9O8

Hurricane Matthew, which has killed at least 108 people in Haiti so far, is approaching Florida and the governor has urged 1.5M to evacuate. But Mr. Ice has other plans.

The idea that Vanilla Ice should ride out an “airborne debris lofted by extreme winds ... capable of breaching structures, unprotected windows and vehicles,” as the National Weather Agency described the storm, is ill-advised at best. But tweeting your refusal to evacuate to 55.3k followers is irresponsible. As the Florida Democrats replied, "We advise listening to your local officials, not @vanillaice. If you are in an evacuation zone, you should leave now."

Well, there's the fact that Vanilla Ice's main claim to fame, "Ice Ice Baby," was a lame rip-off of Queen's "Under Pressure." And that time he was arrested for allegedly stealing from an abandoned house in Florida. But it's probably the first time he has publicly stated his intention to ride out a storm. We beg you, Vanilla, watch out for your life, life baby.