Maybe it's time to start feeling bad for the Libertarian nominee. Maybe 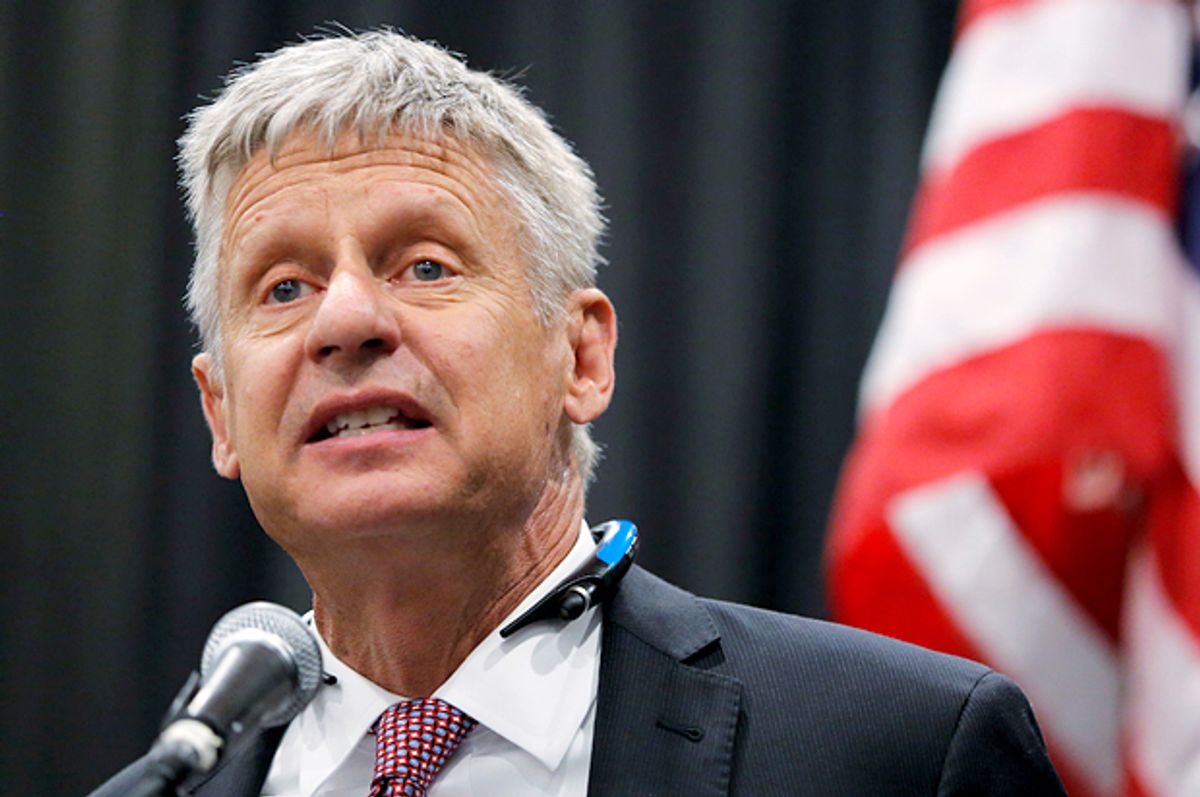 Gary Johnson, the Libertarian presidential nominee who doesn't know or care about world politics — except to declare a pox on all their houses — can't answer a geography question.

The first time, Johnson blanked when asked about Aleppo, the war-torn Syrian city, and it was embarrassing but forgivable, somehow. Then, on another MSNBC appearance, he was asked if he could name a world leader whom he admired. He could not answer the question and spent the next few media cycles explaining why it was really cool that he blanked, because it made him different or something.

But he's a one-trick pony now. And Gary Johnson is going to spend the rest of the campaign fielding questions that will determine if he actually has opened a newspaper.

In the Times interview on Wednesday, Mr. Johnson conspicuously sought to avoid another misstep. Asked if he knew the name of North Korea’s leader, Mr. Johnson replied, “I do.”

“You want me to name” the person, he said, then paused, before adding dryly, “Really.” But he declined to supply the name.

Johnson went on to complain that Democratic presidential nominee Hillary Clinton was being judged because she could "dot the i’s and cross the t’s on geographic leaders, of the names of foreign leaders." He blamed her for "the underlying fact that hundreds of thousands of people have died in Syria goes by the wayside," ignoring that he would have to look at a map in order to locate Syria.

Johnson's running mate, Bill Weld, has essentially given up on him, telling The Boston Globe on Tuesday that his main goal was going to be to prevent Donald Trump from being elected.