The master of everything: Donald Trump's taking credit for Mike Pence's debate now

The Republican front-runner went to Nevada, where he took credit for someone who disavowed everything he said 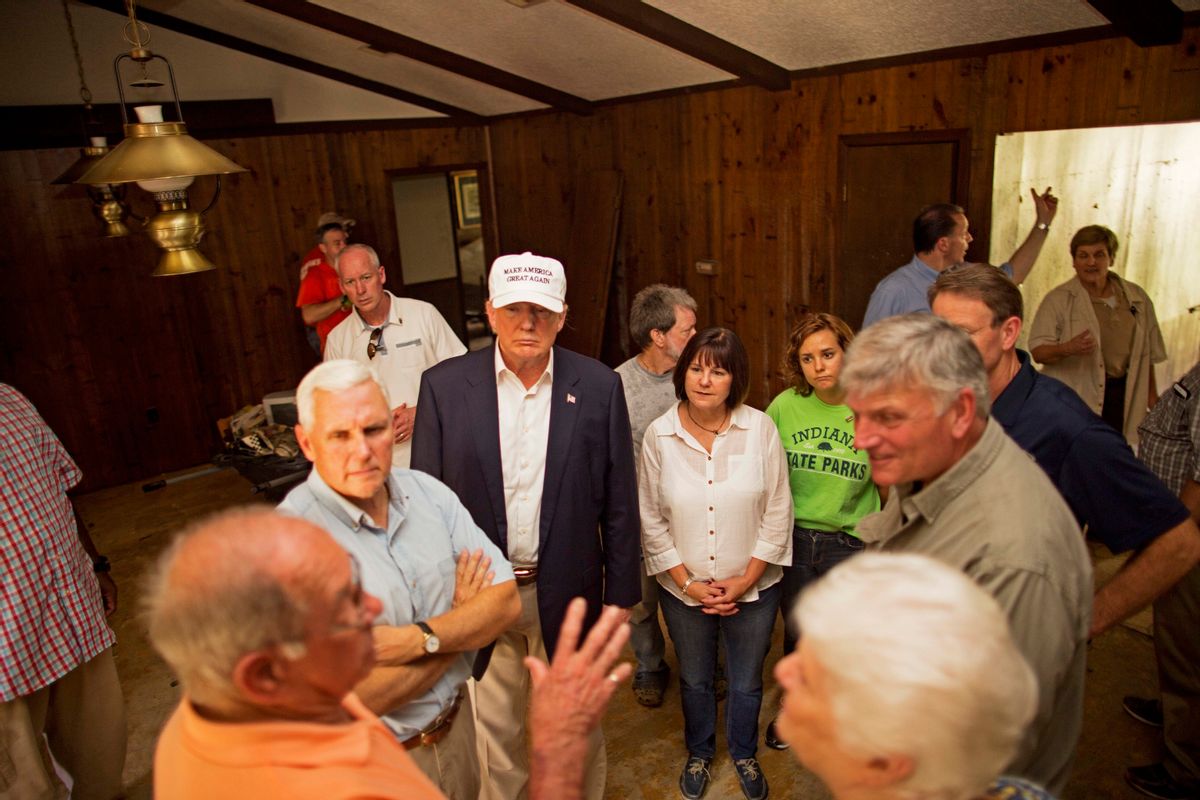 Raise your hand if you had “Donald Trump will take credit for Mike Pence’s good debate performance” in your office pool.

In hindsight, that Republican presidential nominee Trump would take credit for Pence's smoothly bullshitting his way through 90 minutes of back-and-forth with Sen. Tim Kaine should not be a surprise. Trump’s entire career and especially his rise to the Republican nomination have been fueled by an unparalleled talent for bullshitting people.

If Republican vice presidential nominee Pence could spend an hour and a half bullshitting a national audience well enough for pundits to declare him the debate’s winner, then one could easily envision Trump taking credit, as if he was a master who had trained a bright pupil in the art of bullshitting and was now seeing his efforts bear fruit.

(To be clear, we’re not talking about the lying that all conventional politicians engage in. What Trump engages in, and what Pence did on Tuesday night, is bullshitting in the way that Harry Frankfurt described it in his famous essay, when he distinguished if from straight-up lying. Liars, unlike bullshitters, at least know that the truth matters. Trump is the latter.)

But in the immediate aftermath of the debate on Tuesday night, at least one outlet reported, via a leak from the campaign, that Trump was displeased with Pence. The thinking seemed to be that the Indiana governor had performed so much better in his debate than Trump had a week before against Hillary Clinton that the real estate mogul was angry at his vice president candidate for showing him up. Some people eagerly awaited the 3 a.m. Twitter meltdown that they were sure would be forthcoming from Trump.

No such meltdown occurred. Instead, during a speech on Wednesday in Las Vegas, Trump told a crowd that Pence was “getting tremendous reviews from me and everybody.” Later at a rally in Henderson, Nevada, Trump was as magnanimous as he ever gets in praising Pence’s performance. Though he still couldn’t help giving himself credit.

Mike Pence did an incredible job, and I’m getting a lot of credit because that’s really my first so-called choice. That was my first hire, as we would say in Las Vegas. And I’ll tell you, he’s a good one. He was phenomenal. He was cool, he was smart.

Trump also implied that Pence’s performance was evidence of his own good judgment in picking people, which is particularly hilarious considering the gallery of angry miscreants, slimy lobbyists, white nationalists, former Nixon henchmen and sexual predators that he has surrounded himself with for the last year, a lineup that has often made his campaign team look more like the cast of a sequel to “Suicide Squad” than a functional political machine.

This is the usual dominance politics from Trump. Mike Pence might be a former seven-term congressman and a sitting governor, but he was not really much of anything until Trump plucked him out of the obscurity of the Indiana governor’s mansion and gave him the opportunity to work in service to Donald Trump.

Trump likely made these comments just in case Pence started listening to the wistful conservatives who wondered if he would be running away with the election if he were at the top of the ticket. You are where you are because of me, Trump seemed to be telling his No. 2. And don’t you forget it.