A fan of the cyber: Donald Trump is just now pouring lots of money into digital data

He once called data "overrated," but now Trump is spending lots on digital services 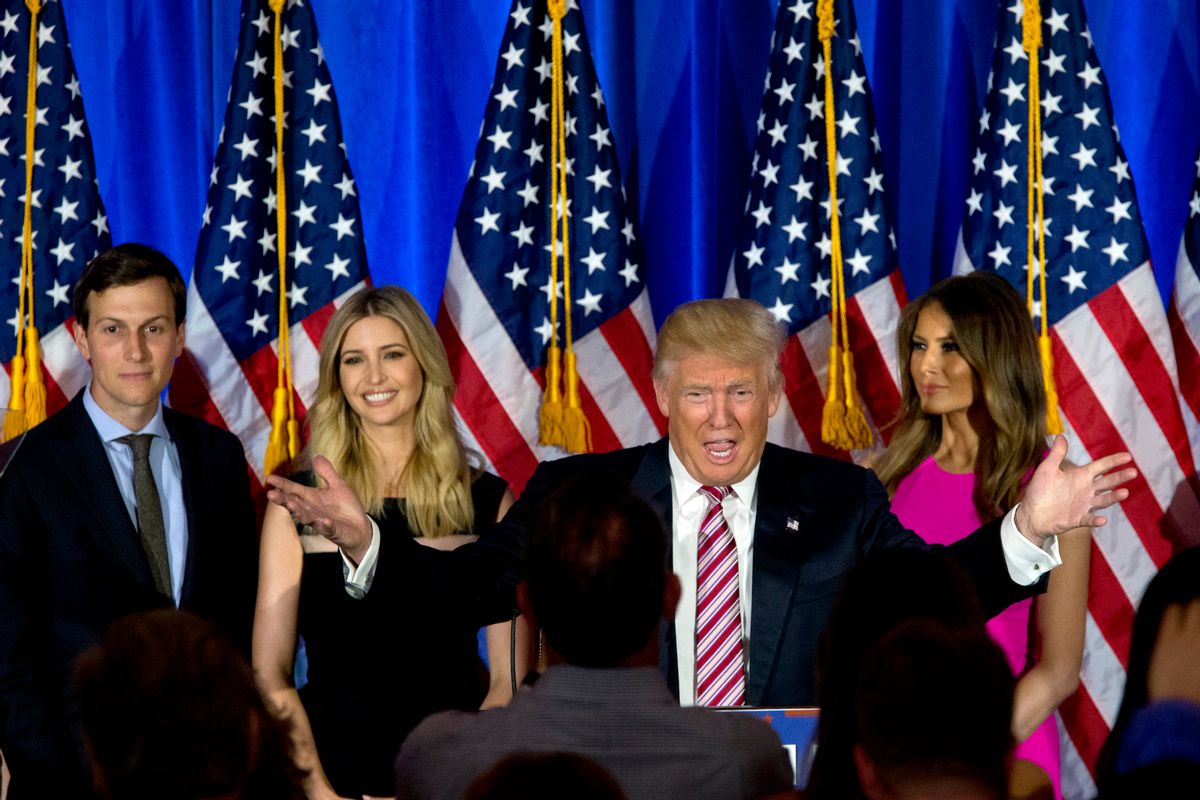 WASHINGTON — Donald Trump once called data "overrated" in politics. But with Election Day swiftly approaching, the Republican presidential nominee is spending millions of dollars on data and digital services in an effort to land donations and win over voters.

Ushering Trump toward a more analytical approach are Jared Kushner, Trump's son-in-law and adviser, and Brad Parscale, the campaign's digital director and a veteran Trump Organization consultant. Both men — friends — are new to politics and have built a team largely without Washington operatives, whom they dismiss as overpaid and overrated.

"People underestimate our data and digital because we haven't been outspoken about what we're doing," Parscale said in an interview.

Modern political campaigns gather up as much data as possible to raise money and identify, reach and turn out voters. They use voter registration files, commercially available information about consumer habits and beliefs, and much more.

The most effective campaigns — think President Barack Obama's — will arm their employees and volunteers with those analytics to knock on the right doors and make the right phone calls. Data also underpin effective media and digital outreach. "Digital" encompasses mobile apps, advertisements on websites, short videos on social media platforms such as Facebook and Snapchat, and more.

The Trump analytics team has become increasingly confident in its work, saying the campaign has raised more than $150 million online and produces tens of thousands of different kinds of online content every day to keep up the cash flow and connect with voters. On big-news days — such as the debate coming Sunday — the team creates 100,000 pieces of digital content.

"We are data-driven all throughout the campaign," Parscale said. "We don't spend a single dollar unless we know exactly what it's going to buy, who it's going to help us reach."

Trump is up against Hillary Clinton's seasoned team. Her director of analytics, Elan Kriegel, helped secure Obama's re-election victory four years ago. Dozens of data analysts have toiled away at her Brooklyn, New York, headquarters since the first days of her campaign in the spring of 2015.

The Clinton campaign also could be better positioned to make use of the data; as of August, she has more than 800 employees across the country, compared with Trump's 130 employees and roughly 100 consultants.

"The Trump campaign could say they are doing the best, hugest, most amazing data campaign in the history of mankind, but they're still not on par with Clinton," said Chris Wilson, who was director of research, analytics and digital strategy for Ted Cruz's presidential campaign. "Anything they are doing now is like sticking a Band-Aid on a gaping wound."

Kushner has overseen Trump's digital strategy since November. Parscale, whose firm is in San Antonio, Texas, has worked as a consultant to the campaign since its first day last year. This is his first national political campaign, but he has been a consultant to the Trump Organization since 2011.

The close relationships — and trust — among Parscale, Kushner and Trump have helped convince a once-skeptical Trump that it's wise to spend precious campaign money on data.

"I've always felt it was overrated," Trump said of data analytics in an AP interview in May. "Obama got the votes much more so than his data processing machine. And I think the same is true with me."

Yet Trump elevated Parscale to digital director June 21, and Parscale recently began working mostly from Trump Tower in New York. He sits next to Steve Bannon, chief executive officer of the Trump campaign and the former head of Breitbart News.

Parscale also has started weighing in beyond exclusively digital topics, including advising on television and radio placements — an echo of how Kriegel operates within Clinton's campaign.

He is the main liaison to the campaign's new media buyer, National Media, and its offshoot American Media and Advocacy Group. The Alexandria, Virginia-based consultants pioneered how campaigns buy TV ad slots to reach specific audiences, one reason the Trump campaign recently abandoned its other media buyers in favor of them.

The campaign announced plans to spend $100 million on TV in the weeks left until the Nov. 8 election and at least $40 million on digital advertising, such as display ads on websites and promoted messages on social media platforms.

Trump's increased commitment to digital and data shows up in his latest campaign finance reports.

His campaign spent $11 million — almost one-third of its budget — on Parscale's firm Giles-Parscale in August, a 60 percent leap from its July payments. The Texas firm has dozens of employees working to produce and disseminate Trump content and purchases all of Trump's digital ads, in addition to handling online fundraising.

In August and July, the campaign paid Cambridge Analytica $350,000 for data. The firm, funded in part by Trump supporter and billionaire financier Robert Mercer, pairs its vault of consumer data with voter information. Trump's campaign also has had access to the Republican National Committee's dataset.

The data approach isn't perfect: People outside the country and liberal, longtime Democrats — including those who are known to despise Trump — have reported getting Trump campaign mail and emails.

Former Mexican President Vicente Fox, who cannot contribute to American politicians because he is not a U.S. citizen, tweeted that he had received Trump fundraising emails. Democrats Amber and Steven Mostyn, Houston attorneys who have given millions of dollars to pro-Clinton efforts, also posted photographs on Twitter of Trump solicitations aimed at them.

The Trump campaign says it does not vet all of the names on the very large email lists that it purchases to prospect for donors.