When a "gift" is a sleazy crime: Supreme Court may crack down on insider-trading rules 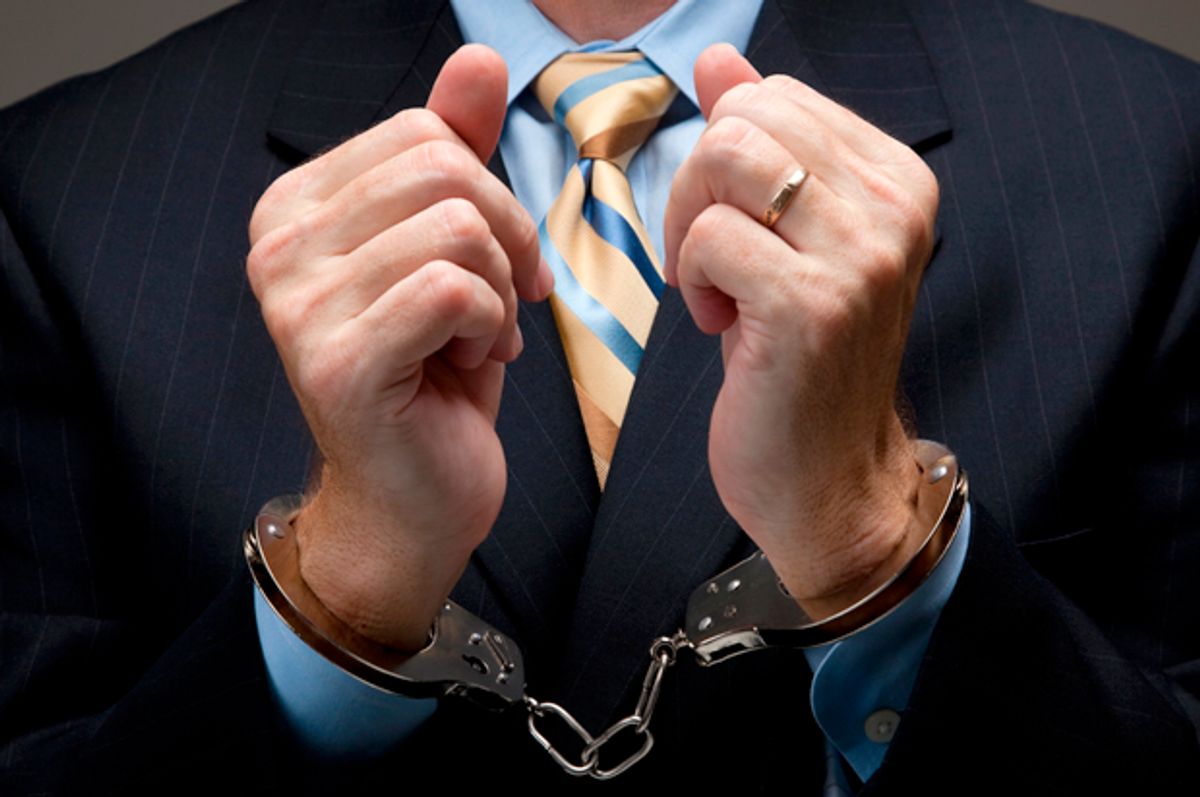 The U.S. Supreme Court on Wednesday heard oral arguments on a case focusing on a question that many people can relate to: When you help out a family member, are you in one way or another helping yourself, too?

Though the justices avoided answering this question (it depends on the family, as Justice Stephen Breyer said on Wednesday), the debate about the benefits of bestowing lucrative insider stock-trading tips on your family members could soon make it easier to convict people for profiting from stock trades that are based on inside information.

The nation’s high court is examining a case involving Bassam Yacoub Salman, a former Chicago-area wholesale grocer who in 2011 received a lucrative insider tip from his brother-in-law, whose brother worked at Citigroup’s healthcare investment banking group at the time. Salman and a partner then invested in health care-related stocks based on the information, earning them $1.5 million. Salman was later convicted on insider-trading violations and sentenced to three years in prison. His conviction was upheld last year in appellate court.

“When does a gift of inside information — to a friend, or to a family member — give rise to insider-trading liability?” Andrew Michaelson, a partner at the New York law firm Boies Schiller & Flexner and a former prosecutor on insider-trading cases, asked in a Salon interview. “Courts have not been clear on this fundamental question, and Salman presents an opportunity for the court to clarify the law.”

According to Wednesday’s court transcript, it appears that a majority of the eight justices on the court will clarify this issue in a way that could make some folks on Wall Street cringe. Federal securities-fraud statutes don’t mention insider trading, which means the courts have been steering insider-trading law over the decades. Wednesday’s hearing was the first time in 20 years that the Supreme Court had tackled the issue of insider trading.

The court has not said when it will issue a final decision, but according to a Bloomberg report, the fate of a few high-profile executives hinges on what the court decides in the Salman case. Hedge fund manager Doug Whitman, former Goldman Sachs director Rajat Gupta and Galleon Group co-founder Raj Rajaratnam are trying to overturn their insider-trading convictions on the grounds that the sources of insider information did not benefit from providing information to them.

A decision saying that a tipster's motives for providing insider information are irrelevant would be a victory for government prosecutors, who lost ground in 2014 in a separate insider-trading case involving Todd Newman, a portfolio manager at Diamondback Capital Management, and Anthony Chiasson, a portfolio manager at Level Global Investors. Both hedge funds closed (Diamondback in 2012 and Level Global in 2011) amid a broad, years-long, insider-trading probe led by U.S. Attorney Preet Bharara.

Newman and Chiasson were initially convicted of insider trading for making millions for their firms in 2008, off of earnings numbers for the tech companies Dell and Invidia that the two had acquired ahead of the relevant quarterly reports. Both men argued that they obtained the information from analysts who themselves acquired the earnings numbers from people inside the two companies' investor relations departments. Some observers have argued that this was an overreach because the men could have assumed that if the information came from the investor relations departments of the companies, this implied it was legal to trade on the tips.

The U.S. Court of Appeals for the Second Circuit overturned their convictions on those grounds and added a new layer of requirements for prosecutors. The court said in order to prosecute insider-trading cases, prosecutors must prove that the source of insider information received “personal benefit . . . of some consequence.” With those words, the court essentially said if the source of an insider-trading tip didn’t make any money (or attain other measurable gain, such as a promotion or a sports car), then the person who profited from the information can’t be prosecuted.

“Not all trading on inside information is unlawful,” Alexandra Shapiro, Salman’s defense attorney, said during Wednesday’s oral arguments before the high court. “What makes it unlawful is that the insider is doing it for personal gain.” Shapiro said the core of the crime lies with the insider who leaks information rather than the opportunist who buys and sells stocks on it.

But the justices seemed to be moving against Shapiro’s argument. Justice Anthony Kennedy drew upon a previous court case, Dirks v. SEC, that he said indicates insider traders could be prosecuted even if the source of the insider information didn’t receive any obvious compensation — in other words, that giving a gift is inherently a transaction in which reciprocation can be expected.

"Dirks says there is a benefit in making a gift," Kennedy said, according to the transcript. He also questioned whether a family gift is in fact bestowed truly without expectations of some benefit. Giving a lucrative gift to a family member, “ennobles you,” he said. “In a sense it — it helps you financially because you make them more secure.”

"To help a close family member is like helping yourself," Justice Stephen Breyer added. "That’s not true of all families, but [for] many, it is."

Breyer was careful to avoid generalizing about families — some people probably do give gifts to their loved ones with no expectation of benefit in return. But it would be difficult to believe that anyone on Wall Street is selflessly doling out insider information to colleagues, without some form of quid pro quo in place. It would appear that the Supreme Court justices don't believe it either.