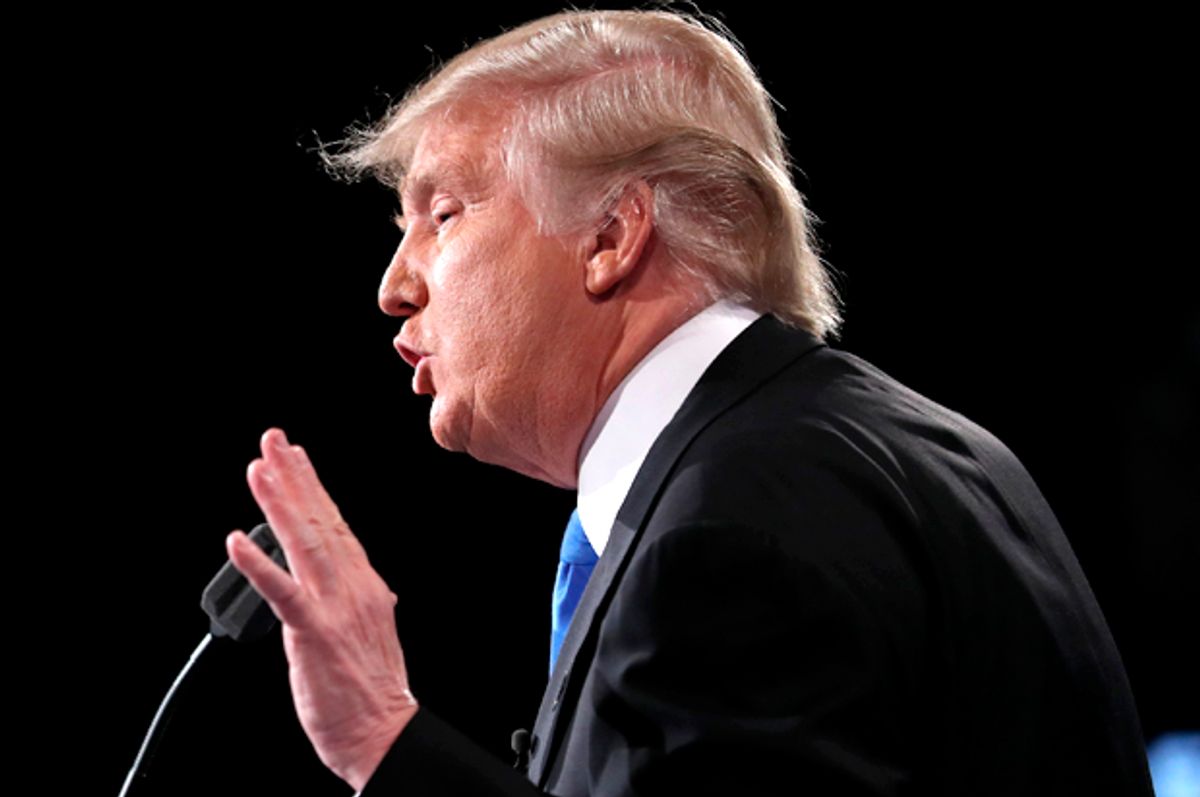 A few months after firing his second campaign manager following revelations that he had ties to Russian interests, Donald Trump is facing a report of yet another top adviser with considerable connections to the Kremlin.

According to a new report from Politico, Burt, a former Reagan administration official, received $365,000 in the first two quarters of 2016 to advocate on behalf of the Nord Stream II pipeline. A firm controlled by the Russian government, Gazprom, owned a 50 percent share of the company behind the pipeline, New European Pipeline AG, when it paid Burt. Gazprom now has full ownership of New European Pipeline AG. As Politico noted:

The pipeline, opposed by the Polish government and the Obama administration, would allow Russian gas to reach central and western European markets while bypassing Ukraine and Belarus, extending Putin’s leverage over Europe.

Burt, who headed the State Department's bureau of political and military affairs and then its European and Canadian affairs bureau and served as U.S. ambassador to Germany from 1985 to 1989, also began officially advising the Trump campaign while receiving payments from the Kremlin-connected firm.

According to a June Reuters report, Burt helped craft Trump's first major foreign policy speech on April 27 at the Center for the National Interest.

“I believe an easing of tensions and improved relations with Russia — from a position of strength — is possible,” Trump said as the Russian ambassador to the U.S. sat in the front row. “Common sense says this cycle of hostility must end. Some say the Russians won’t be reasonable. I intend to find out,” Trump continued.

Burt is the chairman of the advisory council of "The National Interest," a "publication of the Center for the National Interest, a strongly pro-Russian think tank based in Washington," Newsweek reported. Burt, is also part of the board of directors of Alfa-Bank, Russia's largest privately owned bank, according to Slate.

Politico reported that Burt has in recent weeks began a tour of American think tanks to promote the New European Pipeline AG. “There are huge holes in what he’s saying,” the article quotes one anonymous attendee saying of Burt’s presentation at the Atlantic Council, “but I can imagine that to many congressmen, senators and officials, it’s all very convincing.”

Burt was invited to discuss issues of national security and foreign policy, and wrote white papers for Sessions on the same subjects. . . .

According to a person with direct knowledge of the situation, one of the papers was about “key foreign policy themes” and another was about “national security decision-making and structure; relationships between Defense, State, [the National Security Council] and so on and how to sort of think about the transition.”