BULLSH**TER OF THE DAY: The Jill Stein Campaign, for a shockingly late (and clueless) email 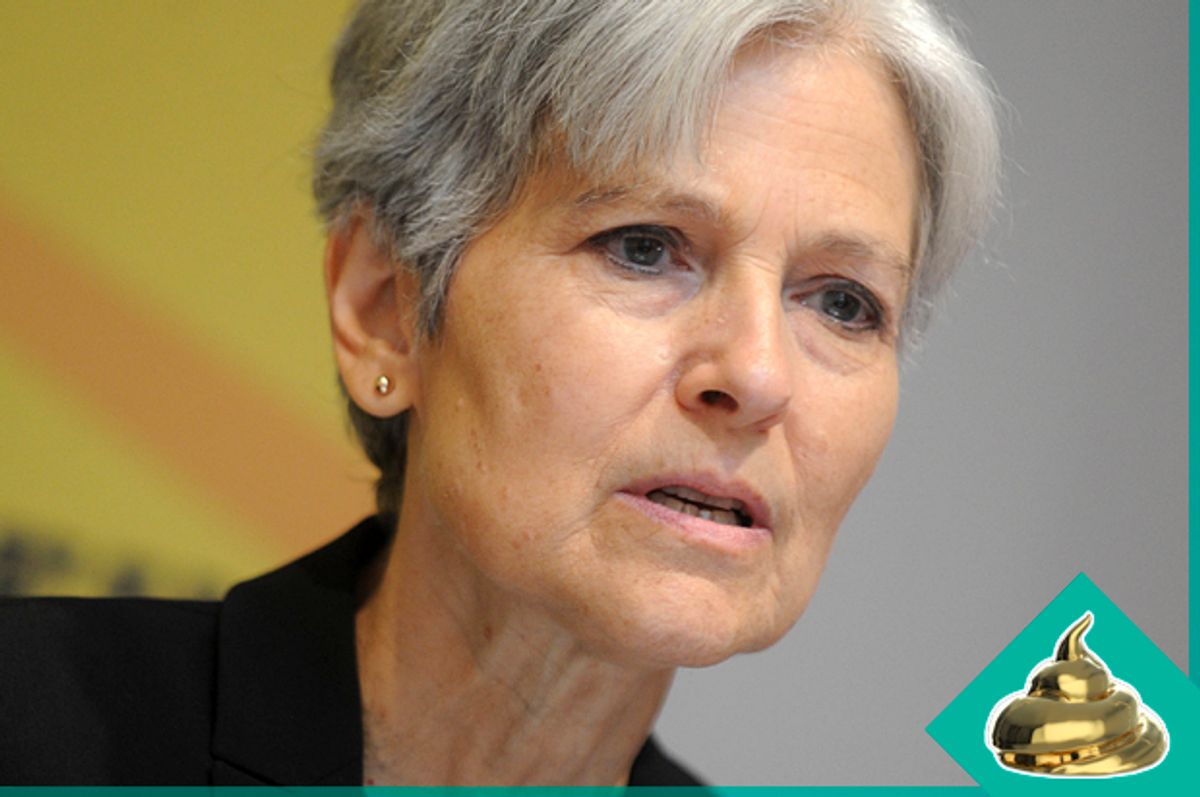 "Thanks for writing in. We apologize for the delay in response. Our Q&A staff is tiny. In case you don’t already know, our VP running mate is AJamu Baraka."
–Jill Stein's Campaign, in an October 6, 2016 email to Philadelphia website Billy Penn

This one will take a bit of explaining, so bear with us. Back on June 8, Public Policy Polling released a poll showing that a plurality of people in Philadelphia thought the Phillie Phanatic was more qualified to be President than Donald Trump. Local news site Billy Penn emailed Jill Stein's campaign suggesting the beloved mascot as her running mate. Fast-forward four months to October 6th, when Billy Penn finally got a response email: "Thanks for writing in. We apologize for the delay in response. Our Q&A staff is tiny. In case you don’t already know, our VP running mate is AJamu Baraka."

In a strict sense, yes. Stein's campaign is technically correct to say AJamu Baraka is indeed the VP candidate. But, why. Why would someone reply to an obviously jokey email FOUR MONTHS LATER with a message that shows they didn't get the joke? Is there nobody home in the press shop? The topic of baseball can be challenging for political campaigns. Back in 2010, U.S. Senate Candidate Martha Coackley when she called Curt Schilling "another Yankee fan" (and her campaign went downhill from there). Just as you do not insult a Red Sox player if you are running a campaign in Massachusetts, you might not want to mess with the country's favorite mascot if you are running for President. Not that Stein actually has a chance in this race.

While her communications team was still drafting a response on the Phanatic issue, Jill Stein decided to join Gary Johnson and Donald Trump in their pandering to anti-vaccine voter. Except, you know, she's a medical doctor. She should know better.

Bullshitter Of The Day Jill Stein