In our national interest: Climate change is something the military cares about deeply

A military view on climate change: It's eroding our national security and we should prepare for it 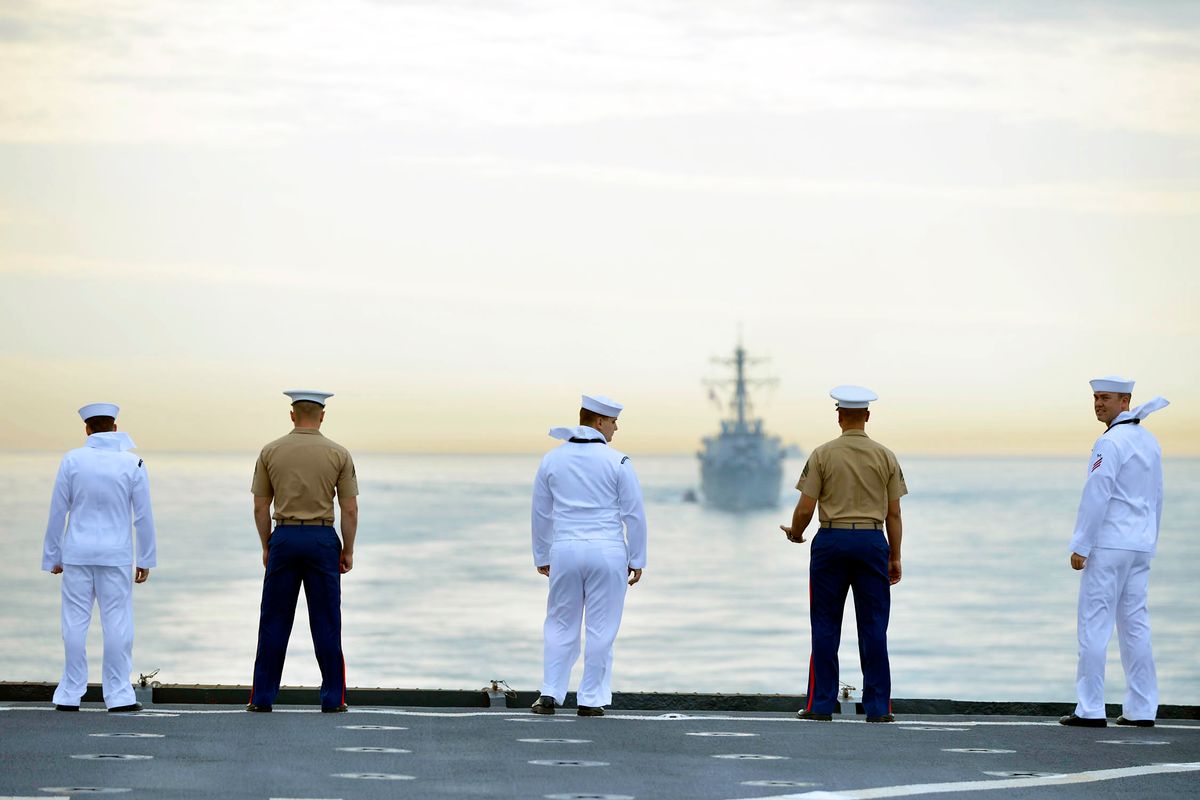 In this presidential election year we have heard much about some issues, such as immigration and trade, and less about others. For example, climate change was discussed for an estimated 82 seconds in the first presidential debate last week, and for just 37 minutes in all presidential and vice presidential debates since the year 2000.

Many observers think climate change deserves more attention. They might be surprised to learn that U.S. military leaders and defense planners agree. The armed forces have been studying climate change for years from a perspective that rarely is mentioned in the news: as a national security threat. And they agree that it poses serious risks.

I spent 32 years as a meteorologist in the U.S. Navy, where I initiated and led the Navy’s Task Force on Climate Change. Here is how military planners see this issue: We know that the climate is changing, we know why it’s changing and we understand that change will have large impacts on our national security. Yet as a nation we still only begrudgingly take precautions.

The Obama administration recently announced several actions that create a framework for addressing climate-driven security threats. But much of the hard work lies ahead – assuming that our next president understands the risks and chooses to act on them.

Climate change affects our security in two ways. First, it causes stresses such as water shortages and crop failures, which can exacerbate or inflame existing tensions within or between states. These problems can lead to state failure, uncontrolled migration and ungoverned spaces.

On Sept. 21 the National Intelligence Council issued its most recent report on implications of climate change for U.S. national security. This document represents the U.S. intelligence community’s strategic-level view. It does not come from the Intergovermental Panel on Climate Change, politicians of either party or an advocacy group, but from nonpartisan, senior U.S. intelligence professionals.

The NIC report emphasizes that the problem is not simply climate change, but the interaction of climate with other large-scale demographic and migration trends; its impacts on food, energy and health; and the stresses it will place on societies, especially fragile ones.

As examples the report cites diverse events, ranging from mass protests and violence triggered by water shortages in Mauritania to the possibility that thawing in the Arctic could threaten Russian oil pipelines in the region. Other studies have identified climate change as a contributing factor to events including the civil war in Syria and the Arab Spring uprisings.

Second, climate change is putting our military bases and associated domestic infrastructure in the United States under growing pressure from rising sea levels, “nuisance flooding,” increasingly destructive storm surges, intense rainfalls and droughts, and indirect impacts from wildfires. All of these trends make it harder to train our soldiers, sailors, airmen and marines to deploy and fight the “away” game and to keep our forces ready to deploy.

These changes are not hypothetical. Consider Hurricane Matthew: although we cannot directly attribute this storm to climate change, scientists tell us that as climate change worsens, major hurricanes will become more severe. As Matthew moves up the Atlantic coast, the armed forces are evacuating thousands of service members and dependents out of its path, and the Navy is moving ships out to sea. Other units are preparing to deliver hurricane relief to hard-hit areas.

Many of us who work in this field have written and talked about risks like these for years. Along with 24 other retired senior officers, civilian defense officials from Republican and Democratic administrations, and well-respected academics, I recently signed a consensus statement that calls climate change a strategically significant risk to our national security and international stability. We called for “a robust agenda to both prevent and prepare for climate change risks,” and warned that “inaction is not an option.”

The “change” part of climate change is critical: The more ability we have to adapt to and manage changes and the rate of change in our climate, the greater our chances are to avoid catastrophic chaos and instability.

Building on past executive orders and policies, it directs senior climate officials at 20 federal agencies to form a working group on climate change and national security, cochaired by the president’s national security adviser and science adviser. This working group will analyze questions such as which countries and regions are most vulnerable to climate change impacts in the near, medium and long term.

That’s high-level attention! In the words of a senior administration official, the PM “gives permission” for career civil servants and military professionals to work on this challenge, just as they address myriad other security challenges daily.

But we need to do much more. I am a member of the Climate and Security Advisory Group – a voluntary, nonpartisan group of 43 U.S.-based military, national security, homeland security, intelligence and foreign policy experts from a broad range of institutions. We have produced a comprehensive briefing book for the next administration that makes detailed recommendations about how to expand our efforts to address security risks associated with climate change.

Our top-line recommendation is to “mainstream” this issue by ensuring that U.S. leaders consider climate change on an equal basis with more traditional security issues, such as changing demographics, economics, political dynamics and other indicators of instability – as well as with low-probability, high-consequence threats like nuclear proliferation. We also recommend that the next president should designate senior officials in key departments, the intelligence community, the National Security Council and within the Executive Office of the President itself to ensure this intent is carried out.

What’s next? As a retired naval officer, I find myself drawing on the words of American naval heroes like Admiral Chester Nimitz. In 1945, while he was commander in chief of the U.S. Pacific Fleet, Nimitz wrote about a devastating storm near the Philippines that had sunk three ships and seriously damaged more than 20 others, killing and injuring hundreds of sailors. He concluded by observing that:

“The time for taking all measures for a ship’s safety is while still able to do so. Nothing is more dangerous than for a seaman to be grudging in taking precautions lest they turn out to have been unnecessary. Safety at sea for a thousand years has depended on exactly the opposite philosophy.”

The next president will have a choice to make. One option is to continue down the path that the Obama administration has defined and develop policies, budgets, plans and programs that flesh out the institutional framework now in place. Alternatively, he or she can call climate change a hoax manufactured by foreign governments and ignore the flashing red lights of increasing risk.

The world’s ice caps will not care who is elected or what is said. They will simply continue to melt, as dictated by laws of physics. But Americans will care deeply about our policy response. Our nation’s security is at stake.