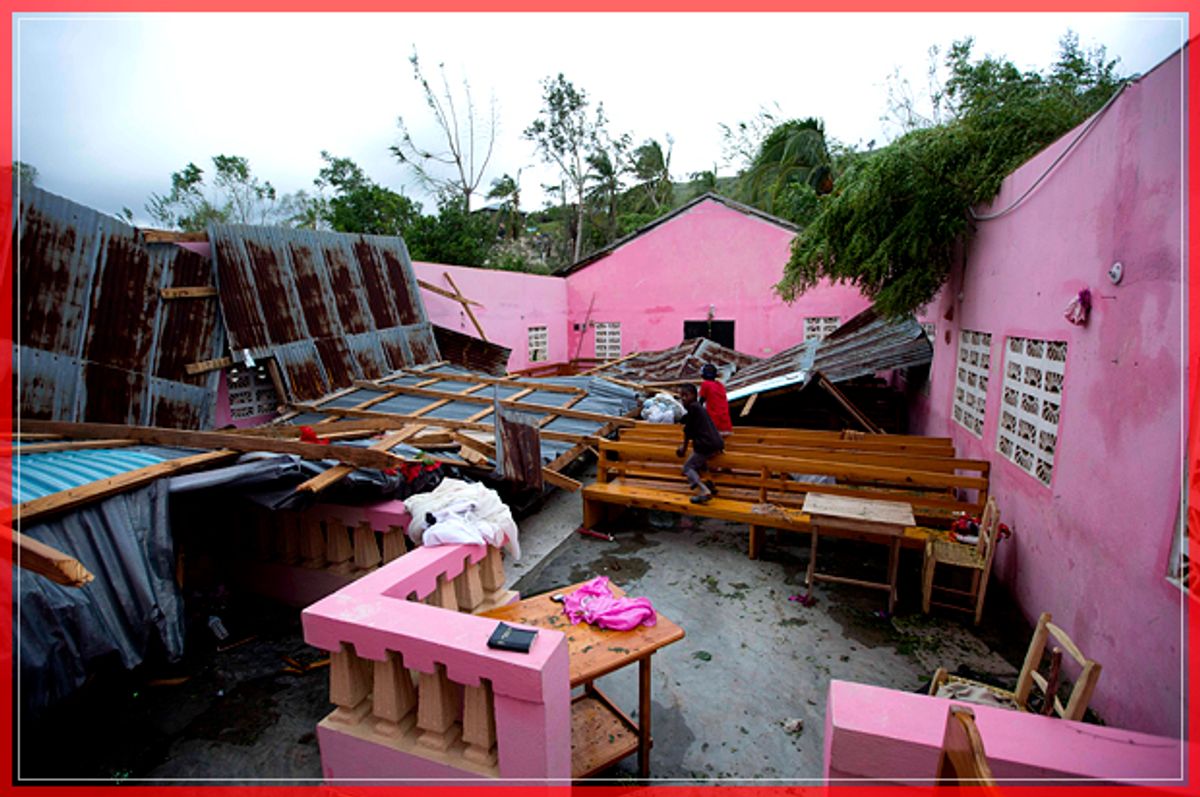 In October 2012, hours before Hurricane Sandy made landfall in southern New Jersey, I stood on the Rockaway boardwalk, watching the first waves of what would turn out to be a devastating storm surge which plunged Manhattan into darkness, submerged tunnels, and worse yet, destroyed the boardwalk on which I was standing. Like most things related to nature — tornadoes and lightning, to name a few — a hurricane is so beautiful yet so deadly. It is only when man serves beast that there will be justice for all. Haiti, no stranger to disaster made by both nature and humans, has
lost hundred to Hurricane Matthew. As I reported earlier today, the
calamity struck just weeks after the Obama administration announced
that it would resume regular deportations to the island. Rights
advocates hope he will have a change of heart. Cosplay is for nerds. But I love nerds, so it's OK. This person dressed up as a character from one of the "Star Wars" movies, according to my coworker (I've never seen any of them so I wouldn't know). I was going to watch all the films before writing this caption, but then this wouldn't get published for, like, a year. I do love the horns, though.