According to the U.S. Intelligence Community, "Only Russia’s senior-most officials could have authorized" the hack 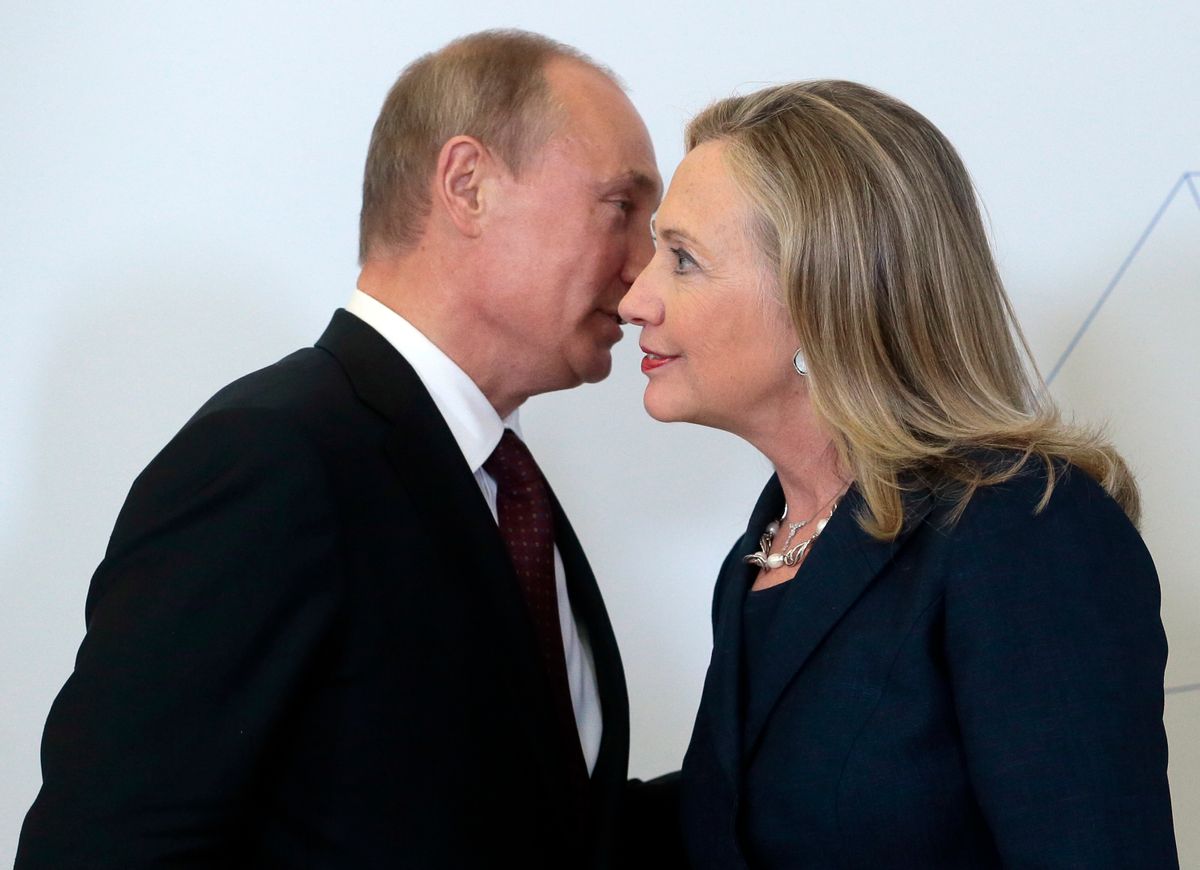 WITH STORY RUSSIA US CLINTON - FILE In this file photo taken on Saturday, Sept. 8, 2012, Russian President Vladimir Putin, left, meets U.S. Secretary of State Hillary Rodham Clinton on her arrival at the APEC summit in Vladivostok, Russia. During her recent acceptance of the Democratic party nomination to run for the U.S. presidency Clinton said Russia as an enemy and cannot be trusted, a statement which clearly stung the Kremlin and seems to have heralded a new era for the coming presidency if Clinton wins. (AP Photo/Mikhail Metzel, pool, FILE) (AP)
--

The Obama administration has formally named the Russian government as the perpetrator behind the hacked emails that were leaked on websites like DCLeaks.com and WikiLeaks. The United States Intelligence Community determined the email thefts were state-sponsored, “intended to interfere with the U.S. election process,” a joint statement from the Department of Homeland Security and the Office of Director of National Intelligence said Friday.

Contents from the emails negatively affected the optics of the convention, where Democratic leaders hoped their party would unify after a contentious primary between Clinton and Bernie Sanders. The email leak prompted DNC chair Debbie Wasserman Schultz to resign from her position.

Shortly after the emails appeared online, American intelligence agencies reportedly told the White House they had “high confidence” that the Russian government directed the hack.

WikiLeaks founder Julian Assange repeatedly denounced the charges, saying there was no proof that Russia was behind the cyber attack.

Now the U.S. Intelligence Community appears to have enough information to confirm their prior suspicions. The joint statement released Friday said that the email hack was consistent with the methods and motivations of Russian-directed efforts.

“The Russians have used similar tactics and techniques across Europe and Eurasia, for example, to influence public opinion there. We believe, based on the scope and sensitivity of these efforts, that only Russia’s senior-most officials could have authorized these activities.”

Republican presidential nominee Donald Trump, who’s flaunted a curious bromance with Russian leader Vladimir Putin this election, has sworn up and down the campaign trail that Russia did not commit the hack. But that didn’t stop the candidate from inviting Russian hackers to find his rival’s missing emails.

“Russia, if you’re listening, I hope you’re able to find the 30,000 emails that are missing. I think you will probably be rewarded mightily by our press,” Trump said at a press conference in July.

Vladimir Putin, for his part, has denied any Russian involvement in the hacked emails.