You'll never guess who wrote one of the first biographies of Adolf Hitler (Spoiler: It was probably Hitler) 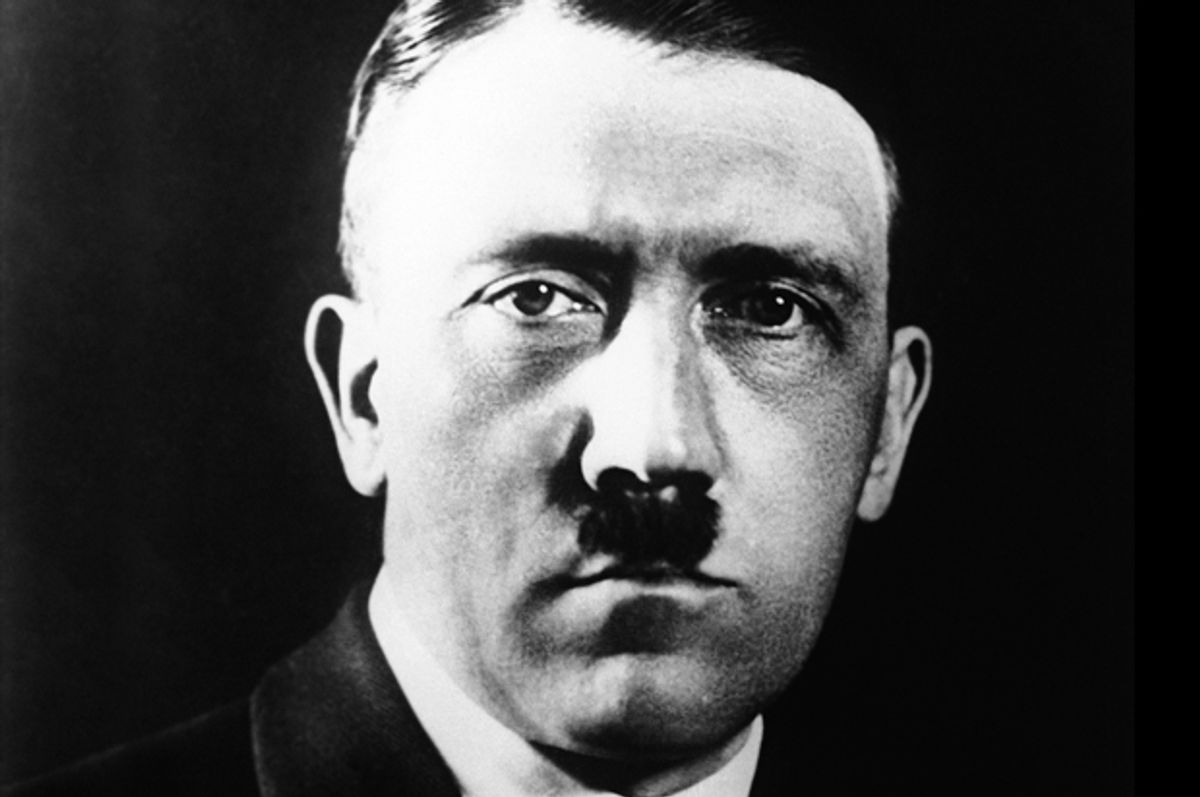 In 1923, before Adolf Hitler became Adolf Hitler, the German politician needed publicity. He hadn't yet participated in the infamous "Beer Hall Putsch," which would eventually lead to his ascent in the national political scene, and was a struggling name in the emerging genocidal circuit. So it was really beneficial when noted conservative Barron Adolf Victor von Koerber wrote a biography of the man who would eventually lead to the deaths of millions of people.

But the book, "Adolf Hitler: His Life and Speeches," may not have been a biography after all. It may have been propaganda.

Professor Thomas Weber from the University of Aberdeen in Scotland told the New York Times that it is likely that the German dictator himself wrote the short biography that made him famous.

“He brings out a book in anticipation of revolution,” Weber told the Times over Skype, “and we see here a political operator who understands the political process extremely well and knows how to produce a narrative for the kind of leader only he feels he can be.

“So he does not have to expressly say, ‘I want to be leader.’ He creates the expectation that others will call him to become the leader.”

Weber suggested that the dictator planned the release of the biography strategically, and scholars have also suggested that Hitler needed the writer to be conservative, like von Koerber, who was a member of the German conservative elite, so that the biography didn't seem like blatant Nazi propaganda. Later in his life, though, von Koerber would stop writing for conservative papers and start writing for liberal publications, including one owned by a Jewish publisher.

While doing research for his upcoming book, "Metamorphosis: How Adolf Hitler became a Nazi," (already published in German), the Scottish professor of history and international affairs sifted through von Koerber's papers in an archive in Johannesburg, South Africa, where the conservative German aristocrat died in 1969.

Weber's findings pointed to an all too sad conclusion that Hitler first indirectly manipulated the public to gain their favor, and plotted his rise to power even earlier than historians had believed.

Author and editor Sven Felix Kellerhoff agreed with Weber's findings, and wrote to the Times in an email: “I’m convinced from the presented sources that Hitler himself wrote this short text or gave at least the basic information to an editor."

“This is important because it shows that Hitler thought about himself as the ‘German savior’ as early as 1923. So I think this is a small but important advance in researching Hitler’s biography,” wrote Kellerhoff in the same email.