The vice presidential debate wasn't worth the time: "Nothing but political theater"

The debates, which have focused more on style than substance, have become unwatchable 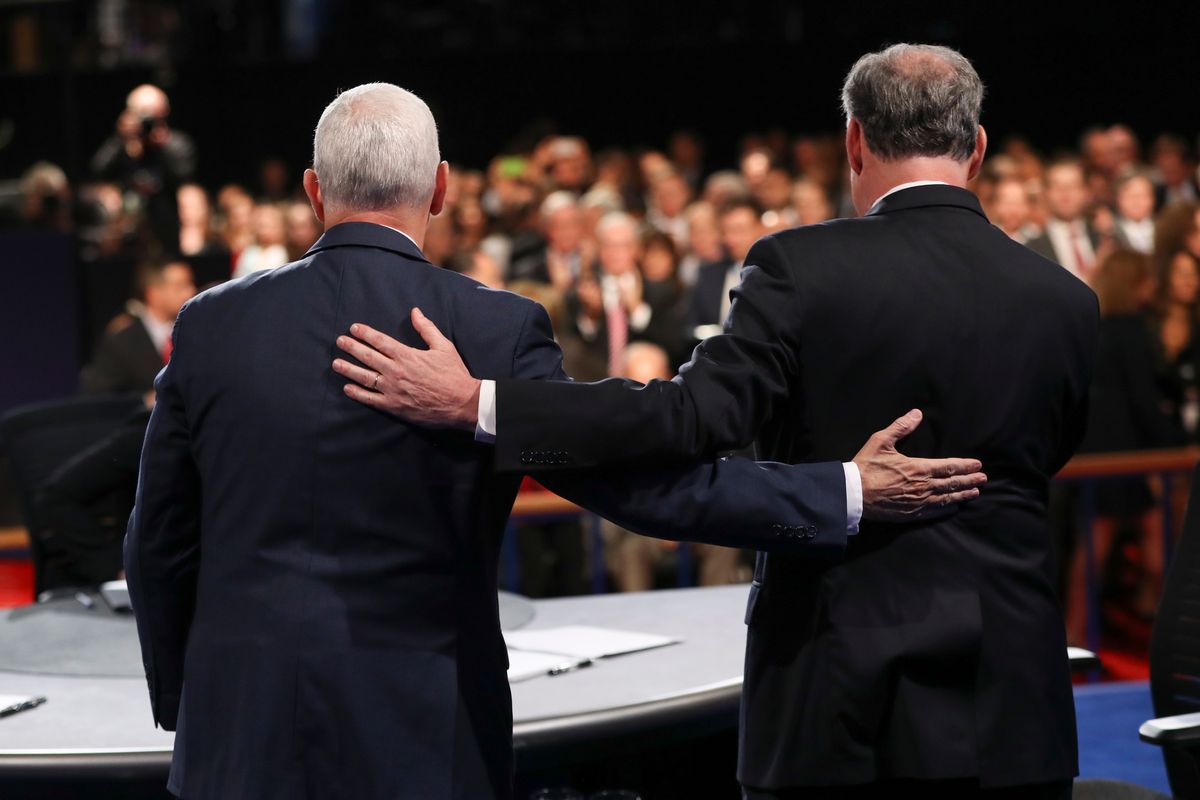 Allow me to admit up front that, like the vast majority of my fellow Americans, I did not watch the vice-presidential debate in real time last night. I went to a concert — the Tedeschi Trucks Band with Dave Mason at the Beacon Theatre — and followed the contest on Twitter, planning to watch it on my DVR when I got home.

That turned out to be unnecessary. The Twitter commentary told me (almost) all I needed to know. It’s hard to make vice-presidential debates matter. It requires a potentially really scary vice president. (See under “Palin, Sarah” or “Cheney, Dick.”) Or it could turn on a potentially disastrous performance demonstrating a total lack of qualification for the job upon which the press can focus its attention and affect the narrative of the debate. (See under “Palin, Sarah” and more arguably, “Ferraro, Geraldine.”) Despite Mike Pence’s extreme views and apparent ignorance about his running mate’s positions on virtually everything, this one will not ultimately matter. And while I did try to watch it the following morning — the show ran pretty late — I could not bring myself to do it.

The entire process is too damn silly, having next to nothing to do with actual politics, much less policy, and everything to do with show business, albeit with a really lousy show.

Because it’s hard to believe anyone watching a debate between two running mates who matter even less in this election than a bucket of warm spit will actually choose to vote for either Donald Trump or Hillary Clinton on its basis, what ends up mattering is how the mainstream media’s narrative is or is not affected by it. Here again, even at the most prestigious heights of the media coverage, the debate is treated entirely as entertainment. The New York Times' lead story on the debate waits seven paragraphs before even mentioning anything of substance (“Mr. Trump’s proposals for cutting taxes and repealing the Affordable Care Act to ‘ending the war on coal.’”)

The Washington Post did a little better, getting there in just three paragraphs.

But if you check the most-read story on The Post’s website, you’ll see it’s Chris Cillizza’s take on “Winners and Losers.” The big winner according to Cillizza is Mike Pence. He was “more comfortable … calm, cool and collected throughout” and therefore “a stark contrast to the fast-talking (and seemingly nervous) Kaine.”

Shockingly, Cillizza does not include a single syllable of substance in his attribution of victory to Pence, nor mention of his unconscionable treatment of gays, and especially sufferers of AIDS, as governor.

The New York Times also helpfully collected what its reporters and editors deemed to be the most significant pundit reactions to the debate for its “winner/loser” calculation.

Here again, Pence was easily declared the victor. I reprint the entire collection below.

“Pence is doing well tonight but he will never unlock the big orange anchor around his neck because he answered the ‘will you be VP’ question wrong.” — Tim Miller, former spokesman for Jeb Bush

“This VP debate — wordy defense of status quo vs. detail-free demand for change — shows how a generic Republican could be thumping Hillary Clinton in 2016.” — David Rennie, Washington bureau chief for The Economist

“What Trump needs desperately is someone to assure the nervous middle that there will be a grown-up in the Oval Office next to the tantrum-throwing toddler. It was very effective, I’d say, on that count, especially with Republican voters who were looking for reassurance.” — Andrew Sullivan, blogger for New York magazine

“I wish Kaine hadn’t interrupted Pence as much. Because he was clearly better prepared and could’ve waited to get his points across.” — April Reign, managing editor of BroadwayBlack.com

Honestly this debate would be a draw were Pence not handicapped by the voluminous crazy of his running mate.” — Jelani Cobb, staff writer at The New Yorker

“Pence is giving the country a very good preview of how the Republican Party is going to move beyond Trump. Just pretend he never happened.” — Alec MacGillis, politics reporter for ProPublica

While not all the comments are inane, and some (well, actually only two) are genuinely intelligent, once again, not a single issue is mentioned. (Beware, dear reader, when Ann Coulter is excited about anything, much less whatever it is she imagines to be “issues.” And who the heck at The New York Times thinks her words are worthy of repletion without comment?)

This is the stuff that will actually matter, though not much. Kaine choked and Pence charmed, but the latter probably hurt Trump by demonstrating that nobody who expected a future in the Republican Party — not even his running mate — could defend his nutty policies and pronouncements. Kaine was obnoxious perhaps — and therefore sacrificed his main selling point (which won’t matter once he becomes vice president) but did set up quite a few commercials and social media shares, which, one supposes, was his goal.

But the real story is how potentially harmful these debates have become. Donald Trump is not a danger because he sounds like a jerk in the debate. He’s dangerous because he is an ill-informed extremist racist egomaniac who has no understanding of democracy. Had Hillary Clinton turned out to be the hysterical harpie of the right-wing imagination in her last debate, and he magically morphed into Hugh (or even Cary) Grant, she still would make a million times better president than Trump.

Back in 2000, detailed study of the coverage of the Gore/Bush presidential election by the Project for Excellence in Journalism found 70 percent of stories filed during the final weeks of the campaign focused on either the candidates' television performances or their strategies. Fewer than 10 percent attended the candidates' policy differences, while a miniscule 1 percent focused on either candidate’s vision of his presidency. As I wrote in my 2004 book, "What Liberal Media?"

To take just one extremely important example, in the lead story in The New York Times following the third and most crucial presidential debate, readers were forced to wade through 22 full paragraphs before reading a word of substance with regard to either candidate’s policy positions. And even here, as veteran journalists Bill Kovach and Tom Rosenstiel note, coverage was cast not in the context of the issues themselves, but strictly in terms of how they "played" as political theater.

Last night really was nothing but political theater. But that's only because virtually every genuine political debate in our discourse is treated as such. And as a result, the Republican Party has been able to move toward the extremist positions held by both its presidential and vice-presidential candidates while the majority of the members of the media behave as if they were theater critics, rather than members of a profession that is constitutionally charged with providing the foundation for a functioning democracy. And therein lies the genuine, if not Shakespearian tragedy of our time.

Eric Alterman last piece for Salon was "Confessions of a box-set sucker."