The media's curiosity about Trump's base is understandable; the lack of interest in Clinton supporters is baffling 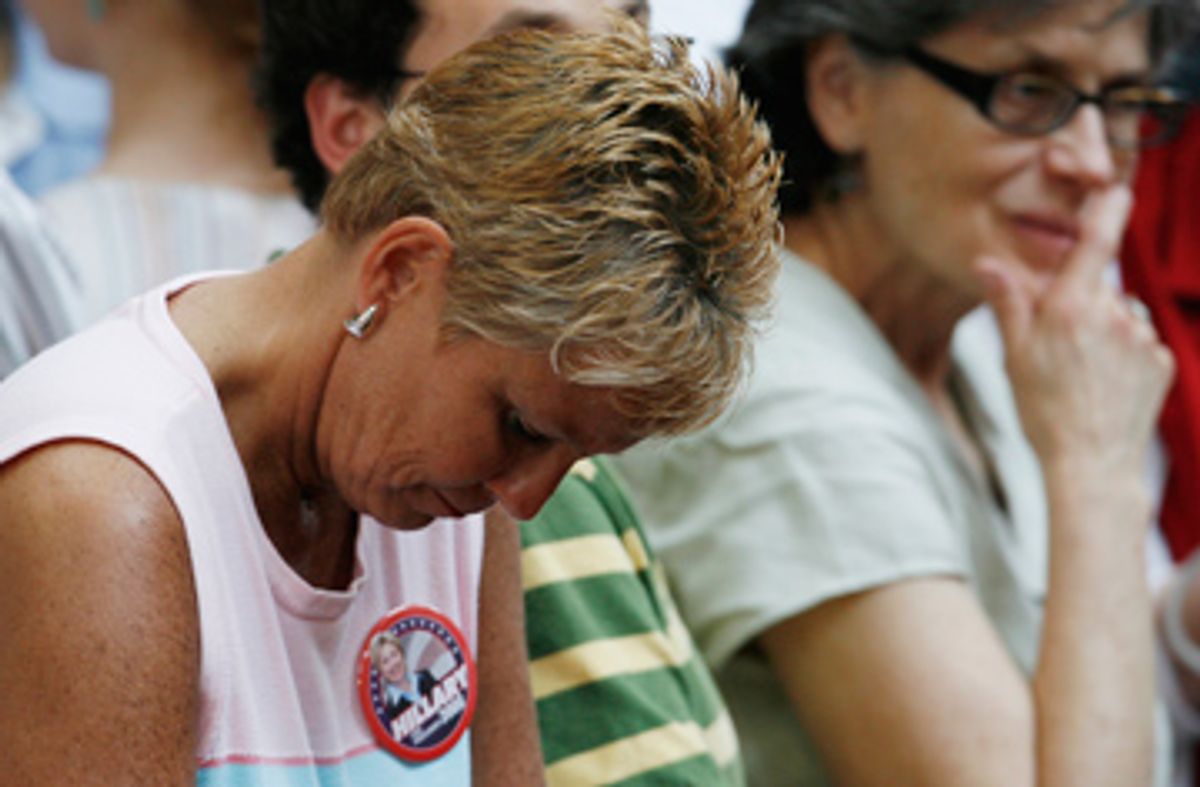 This week’s issue of the New Yorker offers up an epic, 8,000-word look at Donald Trump voters in West Virginia and why the state has switched from blue to red over the last two decades. An anthropological dig into cultural and political shifts that have benefited Republicans in the Appalachian State (“Political correctness is destroying the country,” said one of the voters) the New Yorker feature arrives on the heels of the magazine’s previous 10,000-word look at Trump voters in the July 18 issue. That equally detailed feature examined the rise of Trump rallies and what the raucous affairs, teeming with fanatical supporters (“Where did my country go?”) say about the state of American politics.

So that’s 18,000 words in the span of two New Yorker articles published just three months apart dissecting Trump supporters and what makes them tick; what fuels their rage and passion. Do you get a sense of where the magazine’s focus has been this campaign?

The esteemed weekly has hardly been alone in that regard this year. As the presidential campaign heads toward its final month and Hillary Clinton stands poised to become the first woman president in American history, the press continues to be strangely obsessed with profiling the supporters of the losing candidate, while often gazing uninterestedly at Clinton voters.

Despite the fact that the Clinton campaign has put together a voting coalition that is in several ways historic, more and more media attention seems to be showered on the supporters of the candidate who’s trailing badly in the polls. (See here, here, here, here and here.)

Obviously, both general election candidates have been the subject of never-ending campaign coverage. But when it comes to spotlighting and understanding their supporters, journalists seem far more keyed in on Republicans in terms of time and attention.

In general, I understand the media's desire to try to explain what’s driving the support for Trump, who’s obviously running a highly unusual campaign and marketing his run in openly bigoted language. For a lot of people that’s deeply troubling, so understanding the dynamic behind Trump represents an obvious story of interest.

What I’m baffled by is the media’s corresponding lack of curiosity about examining Clinton voters. After all, she has accumulated more votes than any other candidate this year and is leading a Democratic surge into key states. (Why hasn’t the New Yorker published an 8,000-word piece on why Virginia has turned into a deeply blue state over the last decade?)

And I’m not alone in noting the year’s long-running disparity. Journalism professor and Clinton supporter Jeff Jarvis recently admonished the media (emphasis in original): “I never hear from voters like me who are enthusiastic supporters. I never see reporters wading among eager backers at Clinton rallies to ask them how much they like her and why.”

And from MTV News’ Jamil Smith: “Contrary to Trump voters, I hardly ever see profiles of Clinton supporters. She's winning. Yet, I hear a lot about her ‘enthusiasm gap.’”

Smith’s tweet was in response to a 4,600-word Washington Post profile of a Trump supporter who thinks Obama’s a Muslim, Clinton should be in jail, and the White House may have plotted to have U.S. Supreme Court Justice Antonin Scalia murdered. (Smith wrote that the “deranged” Trump supporter had been treated to a “humanizing” profile by The Post.)

So why do supporters for Clinton’s historical run seem to generate so little interest from the press? It might be because so many journalists seem wedded to the Beltway narrative that Clinton doesn’t inspire voters and she’s a deeply unpopular politician; that the only reason she might win (and serve “as a kind of default president”) is because she’s running against Trump, a flawed candidate. The press also became heavily invested in Clinton “scandal” storylines.

So if journalists are committed to a downer storyline about Clinton, they’re likely less to be interested in acknowledging her vibrant political base. We saw that same dynamic during the Democratic primary season as well, where the press routinely depicted Clinton’s opponent as leading a vibrant “movement” while she, we’re told, struggled to connect with voters. Especially young voters!

Even today, we see a continued media infatuation with millennial and young voters and relentless reporting about how they might not like Clinton as much as they loved Barack Obama. Mathematically, the indications are that the Republican Party stands poised to be routed by those voters in November. But that’s not story the press wants to focus on.

Another, larger demographic the press has singled out as being uniquely important this cycle are white working class voters, who (surprise!) are also not keen on Clinton. It’s almost as if when the Democratic nominee has trouble connecting with a particular set of voters, those voters suddenly become supremely worthy of media attention.

And if you think I’m exaggerating about the press’s complete obsession with Trump-friendly white working voters, here’s a rundown of some of the pieces published at CNN.com, just last month:

“Why Trump Gets Backing of White Working-Class Voters” (September 6)

“The Anatomy Of A White, Working-Class Trump Voter” (September 23)

“The Truth About The White Working Class: A Mosaic Of Their Own” (September 25)

Who wants to tell CNN there’s also a black and Latino working class in America, that they vote, and they vote overwhelmingly Democratic?

All of this isn’t to say there haven’t been some insightful media snapshots of Clinton supporters. This week, the Wall Street Journal examined her strong backing among older voters: “Among voters 65 and older, the most recent round of major media polls show Mr. Trump running between 11 and 18 percentage points behind 2012 GOP nominee Mitt Romney at this same point four years ago.”

Demographically, that’s a very big deal. Clinton’s campaign is also rewriting the rule book among college educated voters who, for the first time in six decades, may side with the Democratic candidate for president.

We’re witnessing major, possibly historic voting shifts in favor of the Democratic Party this election cycle. “The demographic and geographic trends reverberating through 2016 could produce a electoral alignment unlike any since the passage of the 1964 Civil Rights Act shattered the Democratic hold on the ‘solid South,’” noted Ronald Brownstein at the Atlantic.

So why isn’t the press clamoring to explain all that to news consumers?