Careful, folks: When the podiums are thrown out, all bets are off 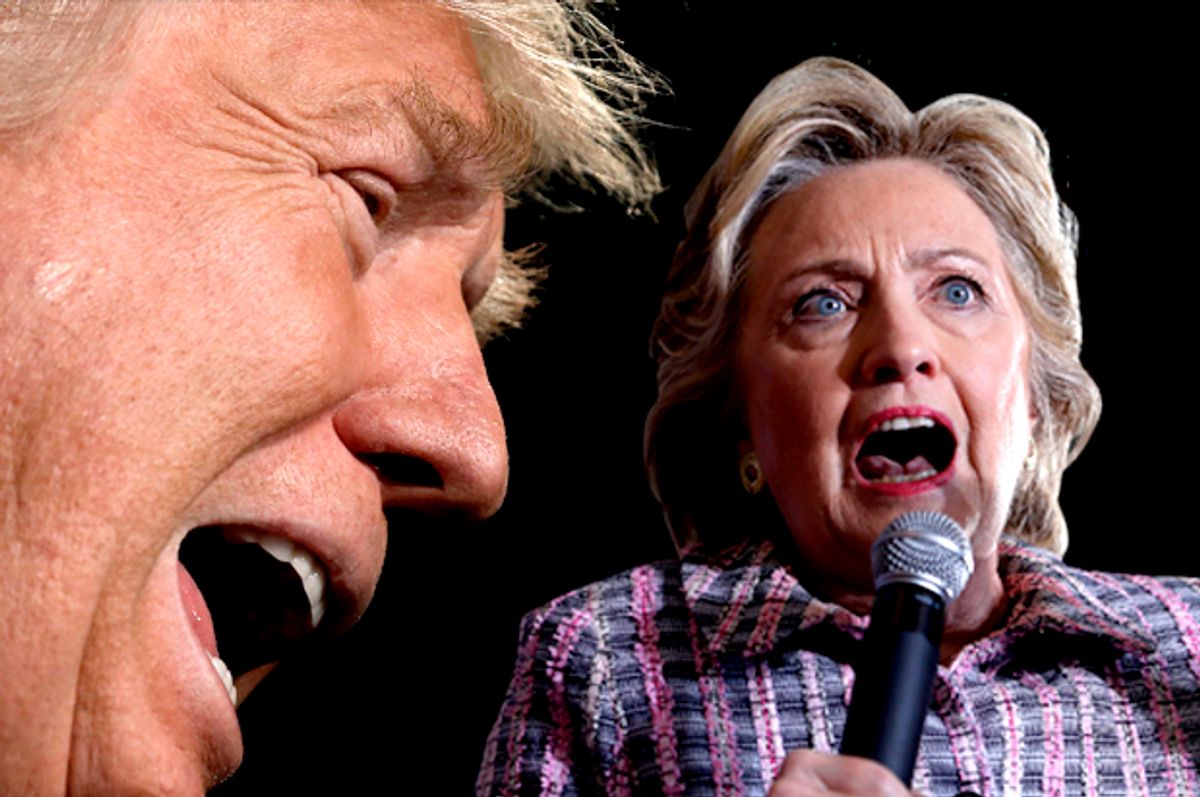 Tonight’s presidential showdown in St. Louis has about an 80 percent chance of being an absolute mess. It certainly sounds like it’s heading that way. Sure, the Trump camp claims the GOP nominee has been preparing to tone it down and act more presidential. While the Democratic camp has spent hundreds of hours tightening up Hillary Clinton’s drapery anecdotes.

But we are not tuning in to see a comatose Donald Trump or to hear more about how Clinton’s dad silkscreened window dressings.

No, America is skipping football and its Netflix queue in the hopes of seeing the apocalypse — now! We are hungry for a political UFC match. Tonight’s town-hall-style debate might as well be housed in a steel cage for three reasons: 1. “Undecided voters” will be asking questions at random; 2. There are no podiums, which means the candidates are free to roam. 3. News of the now-infamous Access Hollywood tape has Trump on the ropes, and there's no telling how he will act.

Forget the Ultimate Fighting Championship, tonight has all the makings of a political reboot of "Jurassic Park." Specifically, that moment when Newman from "Seinfeld" screws up the electricity and — whoops! — all the bloodthirsty creatures are set loose.

Around 8:01 p.m. Eastern Time, the nation’s water glasses will be rippling. At least we hope so.

Here are eight things we are almost certain to see tonight during "Jurassic Park 5":