BULLSH**TER OF THE DAY: Betsy McCaughey, who dubbed Hillary the "speech police" for calling out Trump's bigotry 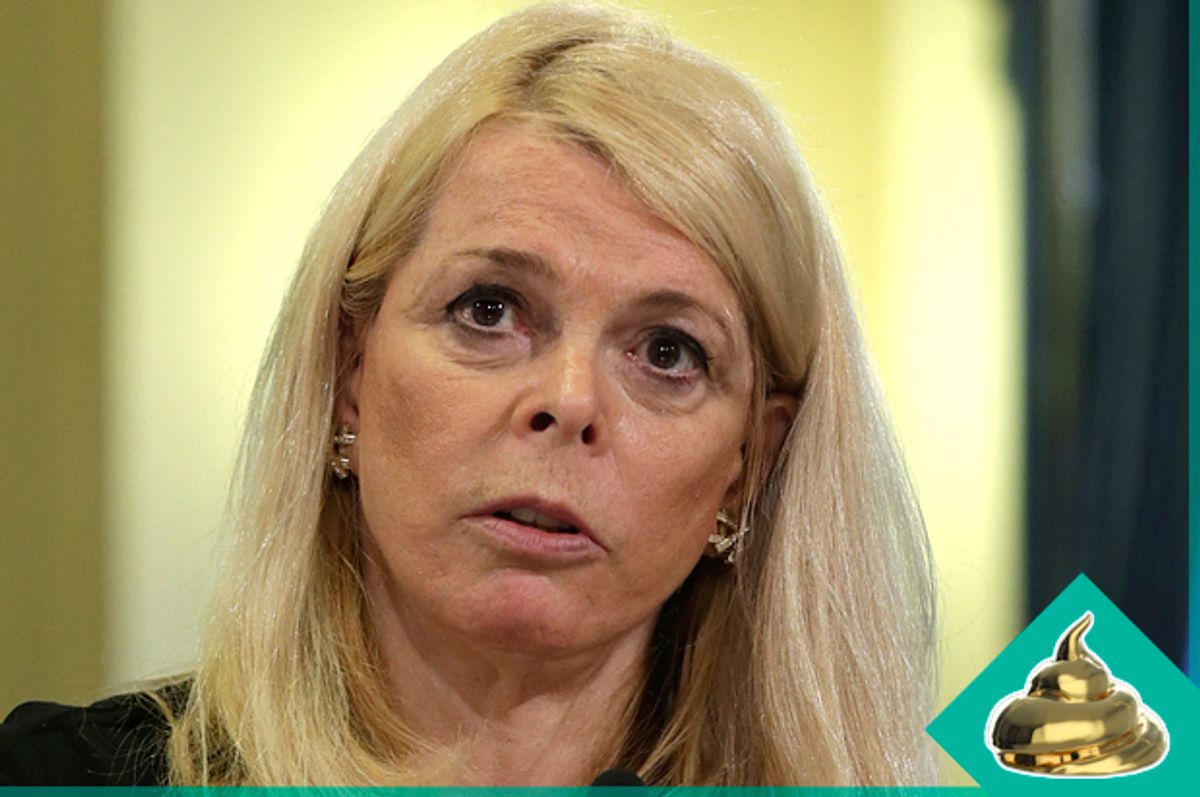 "Mrs. Clinton's paid ads are "political correctness ads." Pointing fingers at people she doesn't like the way they talk. ... Most Americans aren't going to elect the next president to be the speech police."

"When does this stop?!" -- Watch @sallykohn's reaction to @Betsy_McCaughey's attack of Clinton and defense of Trump https://t.co/rFjHJCxZFb

McCaughey was a guest at CNN for the day-after analysis of the nastiest presidential debate ever televised, when – between tantrums, insults and pouty faces – Donald Trump threatened to use his presidential powers to imprison Hillary Clinton, à la [insert your favorite dictatorial regime].

When McCaughley says that criticism of Donald Trump's racism, misogyny, islamophobia, xenophobia and overall stubborn rejection of 21st century ethics should be dismissed as "political correctness," she's showing us her true colors. In her mind, all those repulsive statements are true, and anyone questioning them is a pedantic scold. Trump is a hero for voicing all that vitriol! This is, of course, a huge load of bullshit.

Very much like her boss, McCaughey can afford to live in a separate reality where legitimate grievances about aggression and discrimination can be branded as mere "political correctness." Intellectual integrity has never been McCaughey's forte, though – back in August, CNN "New Day" co-anchor Alisyn Camerota read her a verbatim quote to discredit one of her lies, and McCaughey responded "that is a distortion."

But like that Trump supporter on the Daily show said, "Do I have any proof? No! Do I have any articles? No! But my mind is made up!"