So what if Donald Trump isn't paying his taxes? It's' Hillary Clinton's fault he was allowed to do it! 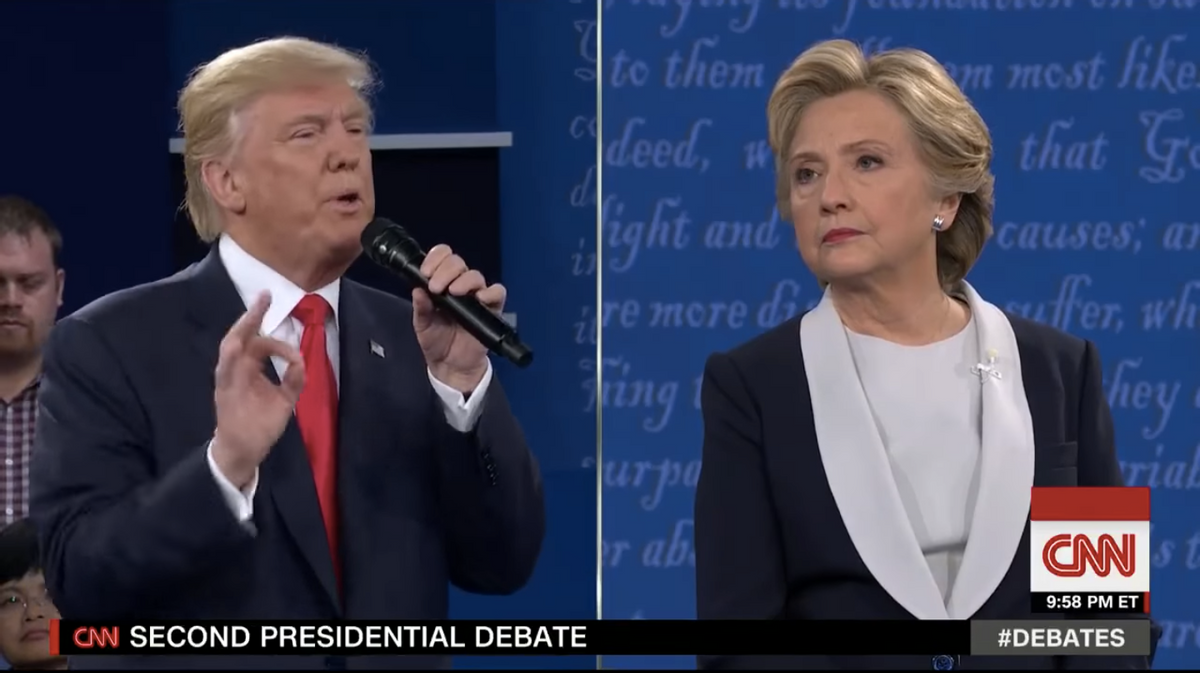 During Sunday night's debate, Donald Trump confirmed speculation arising from his leaked 1995 tax records that he avoided paying taxes for years because of the $916 million loss he incurred.

Trump spent most of the debate knocking Hillary’s personal life and her 30-year record in politics, but when asked if the real estate mogul used his epic losses to dodge paying any income taxes, the Republican nominee answered nonchalantly, “Of course I do.”

The New York Times dropped an October surprise when the paper reported that Trump could have canceled out 18 years' worth of taxes due to his bad business performance. Because Trump has not released his taxes, the paper could not say for sure if Trump exercised the tax benefit.

Trump admitted he did before accusing Clinton’s donors of taking advantage of the same tax breaks, which are particularly advantageous to wealthy filers.

“So do all of her donors, or most of her donors. I know many of her donors. Her donors took massive tax write-offs. A lot of my write-off was depreciation, and other things that Hillary as a senator allowed, and she’ll always allow it because the people who give her all this money, they want it," the GOP nominee said.

Hillary Clinton served as a senator from New York from 2001 to 2008 — years after Trump exploited tax loopholes to claim a massive loss.

Clinton attacked Trump's tax plan in the debate, noting that his policies disproportionally benefit his family and the rich.

Watch a clip from this part of the debate below, courtesy of CNN: