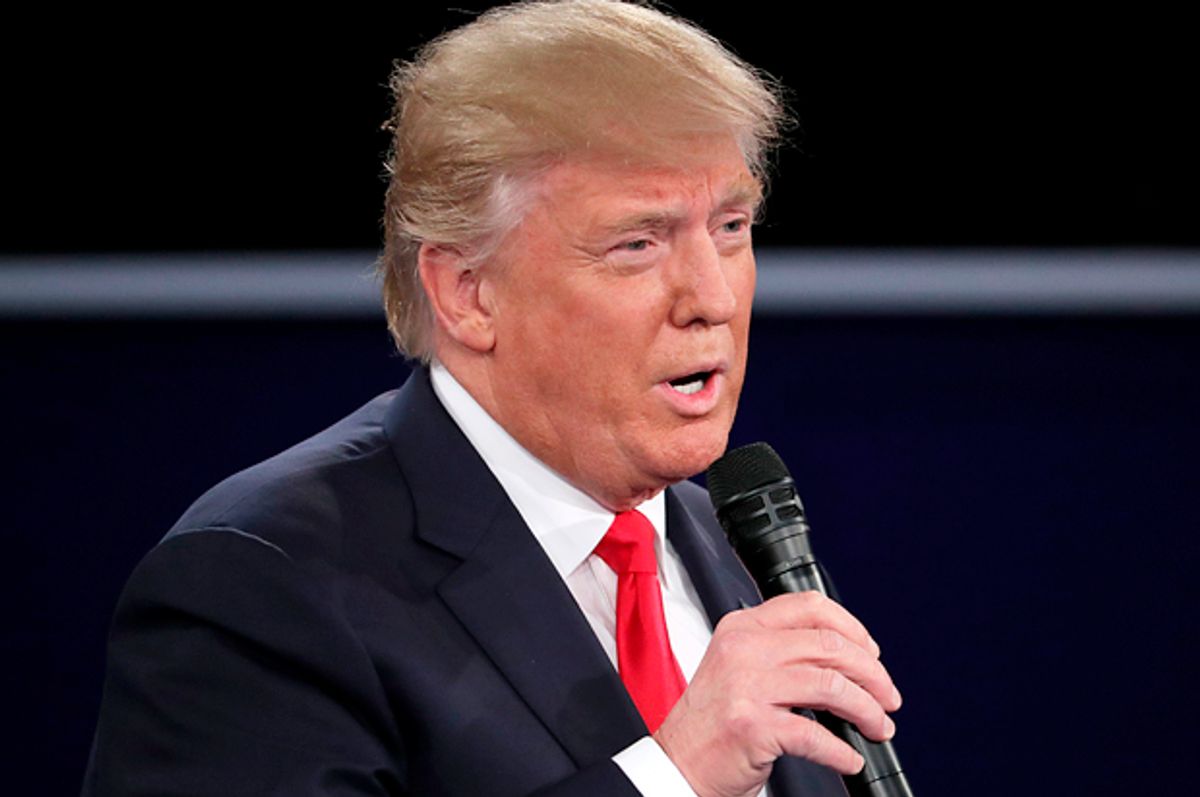 Donald Trump wants to tell you about what he thinks about women. But first he wants to talk about terrorists.

The first question of Sunday night's town hall-style debate in St. Louis went to Hillary Clinton. But when moderator Anderson Cooper pointed out that rival Donald Trump did not directly answer the question from an audience member about whether the candidates were modeling appropriate behavior for today’s youth, the topic of Trump's explosive 2005 boasting of groping women quickly took over the opening moments of the second showdown.

"I am very embarrassed by it," the GOP nominee said of the leaked “Access Hollywood” tape in which he talked about his routine sexual assault.

"When we have a world where we have ISIS chopping off heads, drowning people in steel cages ... it's locker room talk and it's one of those things. I will knock the hell out of ISIS," he added.

When pressed by Cooper, again Trump said he has not actually done any of the things he described in the leaked audio.

“Have you ever done those things?” Cooper asked.

“No, I have not," Trump replied. "I have tremendous respect for women."

Trump then turned the topic to former President Bill Clinton.

"If you look at Bill Clinton," Trump said, "what he did was far worse ... and Hillary Clinton attacked those women":

Trump: "I was embarrassed by it, but I have tremendous respect for women and women have respect for me." #Debates https://t.co/Ku8djIDtMq

“Like everyone else, I spent a lot of time thinking over the last 48 hours about what we heard and saw,” said Democratic nominee Hillary Clinton said. “You know, with prior Republican nominees for president, I disagreed with them. Politics, policies, principles. But I never questioned their fitness to serve. Donald Trump is different."