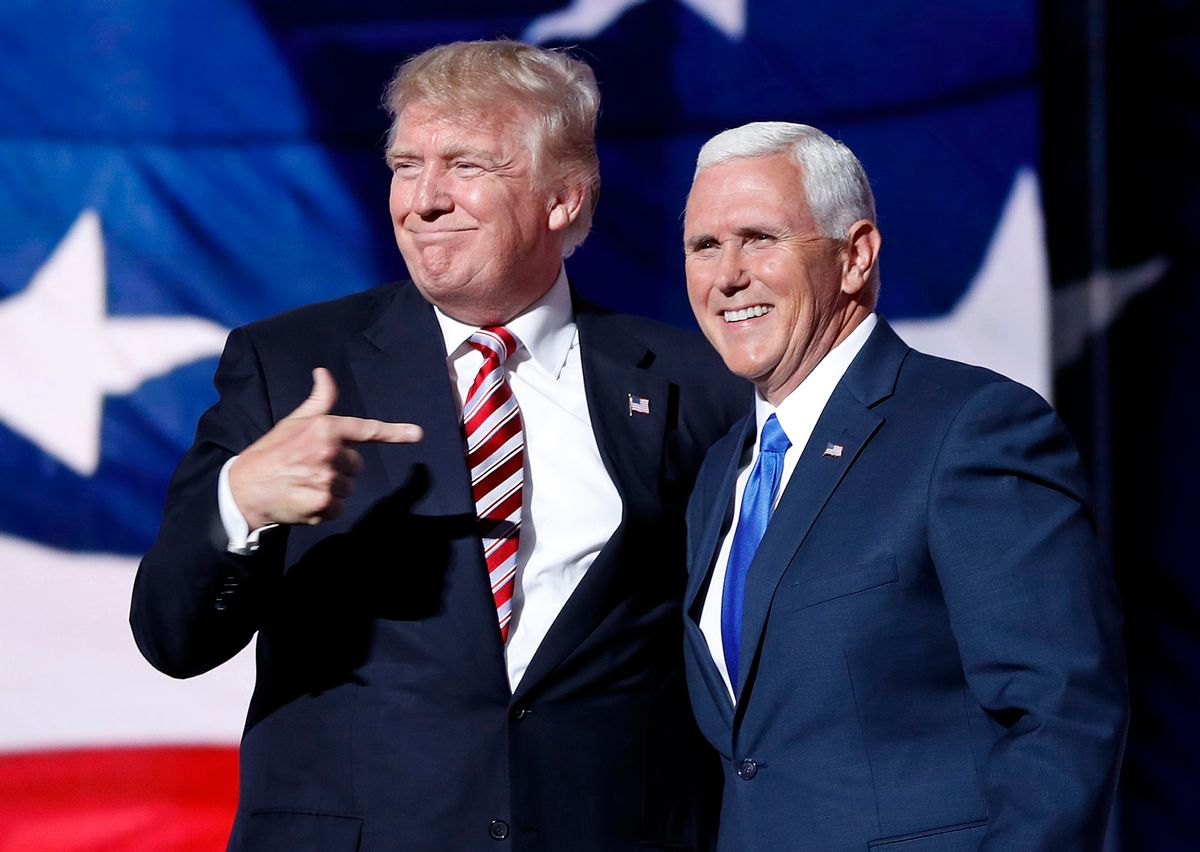 But in Sunday's second presidential face-off between GOP nominee Trump and his Democratic rival Hillary Clinton, he blatantly threw his running mate under the bus.

After a weekend of rumors of discord on the Republican ticket following the release of leaked audio of Trump bragging that he is a sexual predator, the beleaguered businessman was quick to push back against his running mate's insistence that a Trump administration would be tougher on Putin than a Clinton one.

“He and I haven’t spoken, and I disagree,” Trump said when moderator Martha Raddatz reminded him that Pence had said last week that "provocations need to be met with American strength, and if Russia continues to be involved along with the Syrian forces, the United States of America should be prepared to use military force to strike the military targets of the Assad regime."

Watch Trump throw his running mate under the bus below:

Will Pence stay on the ticket after Trump picked Putin over him?