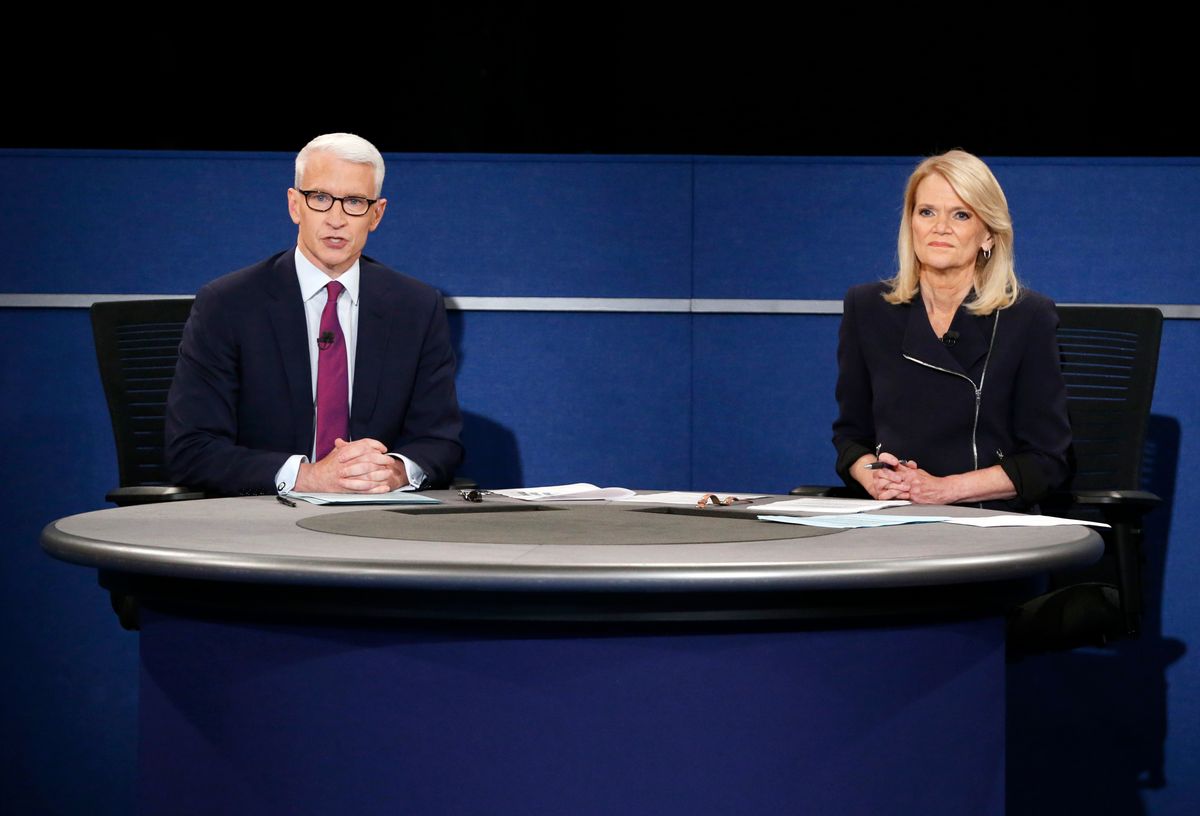 After the first general election presidential debate, Republican nominee Donald Trump complained that he was asked "unfair questions" by debate moderator Lester Holt. Ahead of the second debate, a town hall-style face-off against rival Hillary Clinton, Trump said, "I don’t think Anderson Cooper should be a moderator . . . he'll be biased."

It should come as no surprise then that when Trump appeared at the second debate on Sunday in St. Louis, he was fully prepared to compete against not just his Democratic rival, but also both of the mainstream media moderators, ABC News' Martha Raddatz and CNN's Anderson Cooper.

“You described kissing women without their consent, grabbing their genitals; that is sexual assault," Cooper said to Trump during the first question, referencing a leaked 2005 tape in which Trump boasted of how he forces himself on women.

"You bragged that you have sexually assaulted women. Do you understand that?” Cooper quizzed Trump.

“No, I didn’t say that at all,” Trump barked back. “I don’t think you understood what was said."

“Have you ever done those things?” Cooper pressed. “Answer the question.”

Later in the debate when Cooper attempted to move on to another question from a voter, Trump lashed out.

"I liked to know, Anderson," Trump interrupted, "Why aren't you bringing up her emails?"

“Nice, one on three," he later mumbled:

Watch Trump's battle against the moderators below, via CNN:

While Trump was done (for the time being), his campaign team was going strong.

In a spin room following the town hall, Trump campaign adviser Rudy Giuliani told MSNBC's Chris Matthews that the moderators had been unfair to Trump and allotted Clinton more time to respond to answers.

Of course, Republicans on Twitter were also incensed at the moderators, per usual: