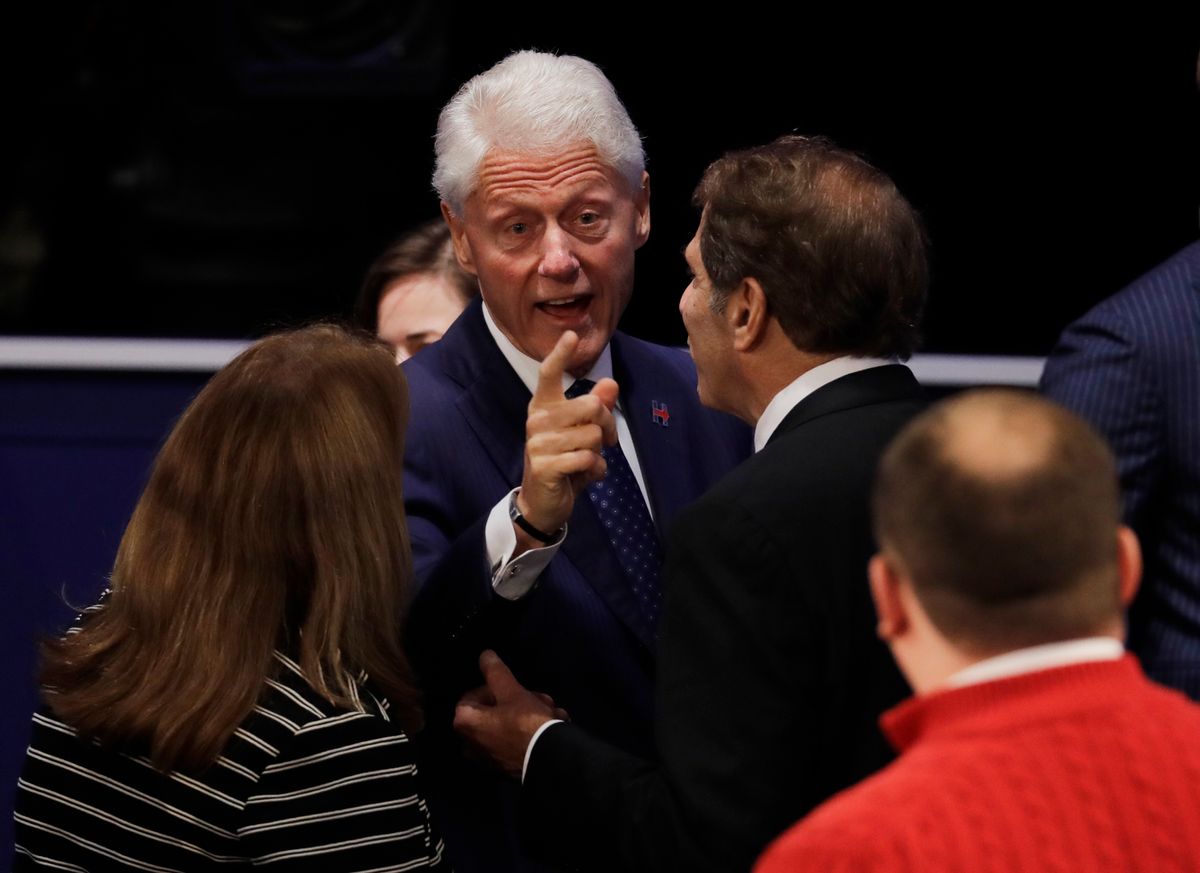 Before Sunday's debate, Republican nominee Donald Trump held a bizarre press conference in which he paraded three women who, sometime over the past 40 years, had come forward to accuse the husband of his rival, Hillary Clinton, of sexual impropriety. Trump also brought forward a woman who alleged she was raped by a man whom Clinton represented as a lawyer in her early years.

Trump's initial plan, according to The Washington Post, was to have the women sit in the family box — meaning that they would be right up against Hillary Clinton, and would get a chance to shake hands with Bill Clinton before the debate. What was an already-awkward handshake between the Clinton and Trump families would have been a whole lot weirder.

The plan was devised by Steve Bannon — the ex-Breitbart chief who earlier in the day had smiled as Trump sat with the women who accused the Clintons of impropriety — and Trump's son-in-law, Jared Kushner. And, of course, former New York mayor Rudy Giuliani, a major part of Trump's team, played a big role.

Though Bannon's prank was shut down by the Commission on Presidential Debates, the debate organizers were not sure if the campaign would actually listen.

The commission threatened to have the women thrown out if the campaign staff tried to do it. The commission members breathed a sigh of relief only when Giuliani took them to other seats, in the front row of a different section.

The stunt, like the surprise press conference earlier in the night, came as a surprise to Republican officials. After the debate, RNC communications director Sean Spicer said that he was "not aware" of the Trump campaign's plans.