On Sunday night, the candidates and the moderators interrupted each other in a combative debate; here's the numbers 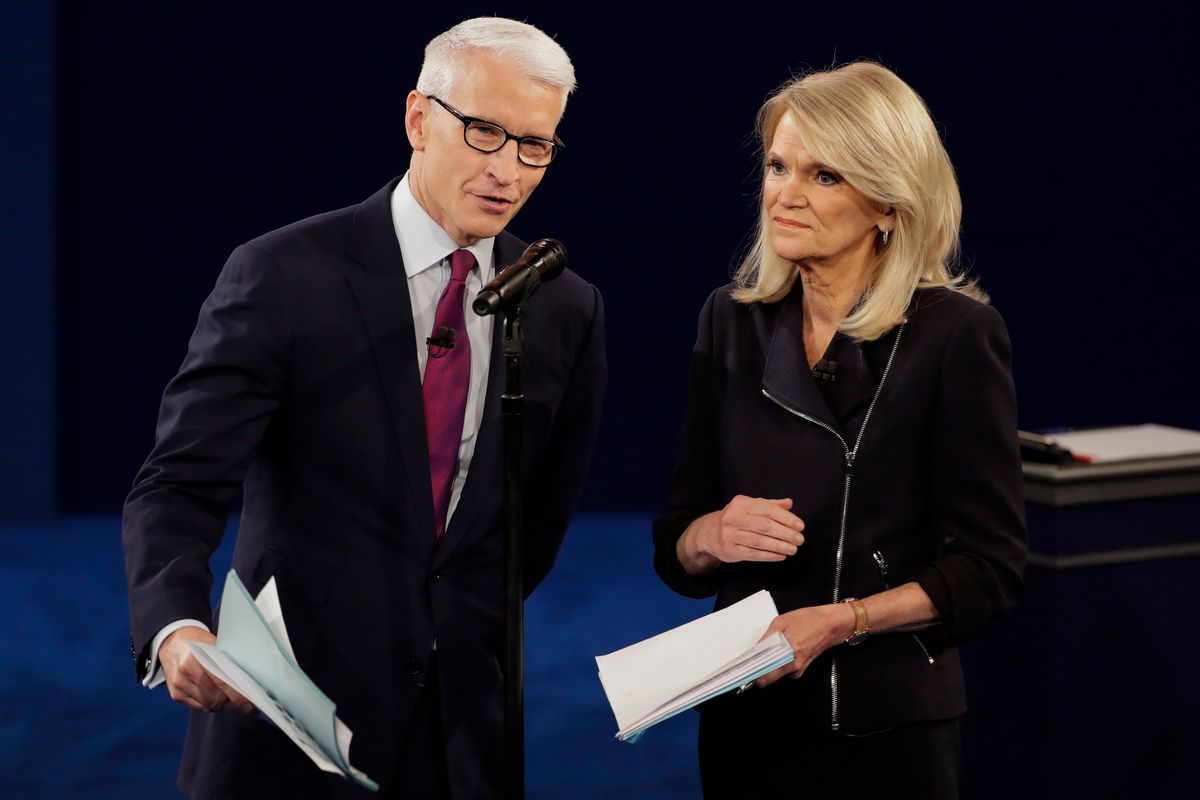 Following the first presidential debate, in which Republican Donald Trump’s apparent strategy was to talk over Democrat Hillary Clinton for 90 minutes, the press was ready to tally the interruptions during Sunday night’s showdown.

Early estimates reckoned that Trump interrupted his opponent 18 times, compared with Clinton who interrupted only once.

While the Republican nominee had a mostly cordial experience with Lester Holt, the first debate’s moderator, Trump lashed out at the town hall moderators on Sunday night for his perceived mistreatment.

“It’s one on three,” the GOP nominee said at one point, referring to Clinton and the two moderators, CNN's Anderson Cooper and ABC News' Martha Raddatz.

According to a count by the The Daily Caller, Trump was interrupted by the moderators 26 times, while they intervened with Clinton a “comparatively small” 12 times.

But Cooper and Raddatz jumped in mostly to steer the candidates to their original questions. Trump was noticeably combative as a result, often disputing the amount of time he was given to speak compared with Clinton.

“She went a minute over and you don’t stop her. When I go one second over, it’s like a big deal,” Trump said.

Throughout the town hall event, Trump ignored the audience's questions and instead pivoted to miscellaneous defects of the Clinton campaign.

When asked if he still proposes a ban on Muslim immigrants, for example, Trump went on a tirade about Clinton's role in the 2003 invasion of Iraq. Raddatz interrupted Trump and directed him to answer the question.

According to CNN’s tracker, Donald Trump ended up with more speaking time during the town hall event: