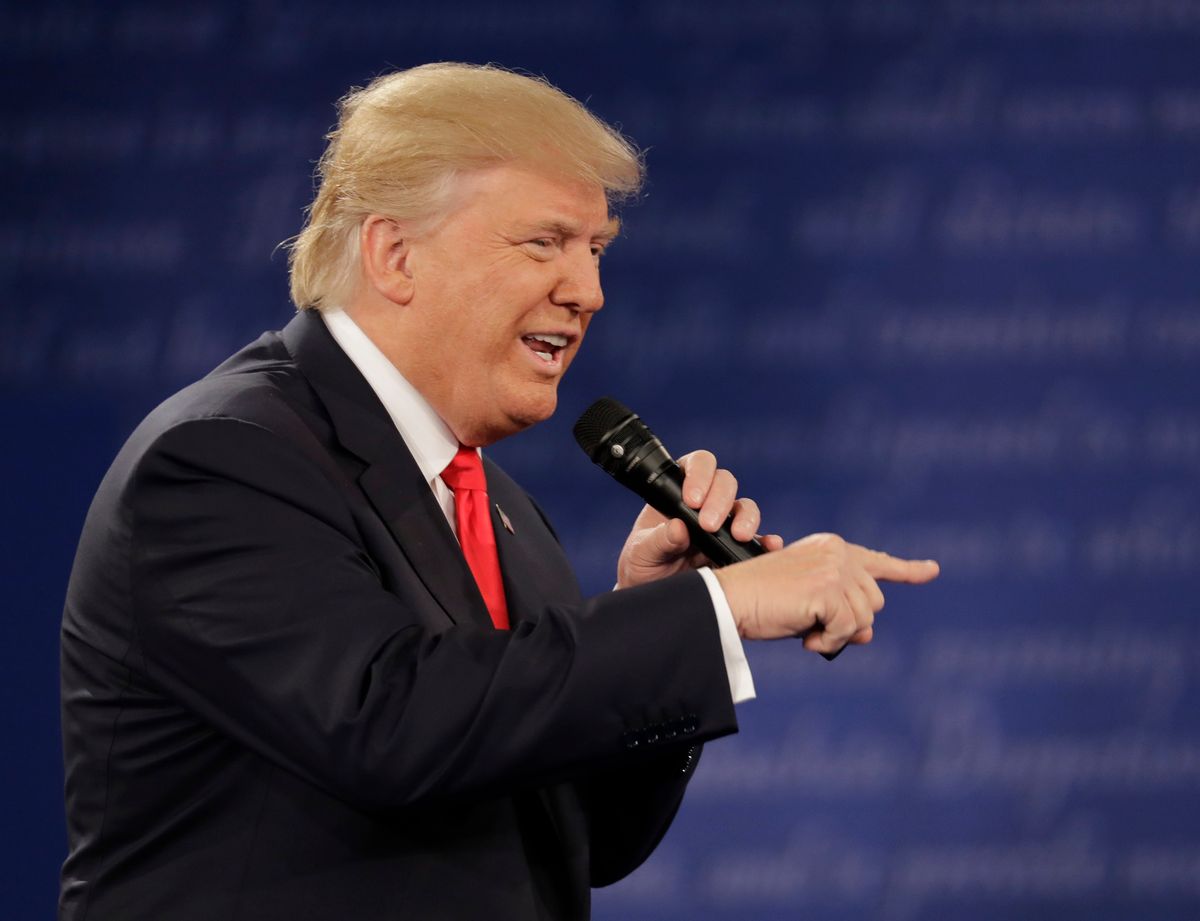 Among the lies Donald Trump told Sunday night during the town hall debate from St. Louis was one that was more interesting than others. And it was about one of his favorite topics of the past few weeks, Alicia Machado.

On Sunday, Trump denied that he had, during his 3 a.m. tweetstorm against the former Miss Universe winner whom he called "Miss Piggy," told the world to check out her non-existent sex tape.

Here is the tweet in question that Donald Trump sent out.

Did Crooked Hillary help disgusting (check out sex tape and past) Alicia M become a U.S. citizen so she could use her in the debate?

Here's the exchange, via CNN:

Trump finished off the exchange by saying that Twitter was "a modern-day form of communication," and that he's "not un-proud of it, to be honest with you."