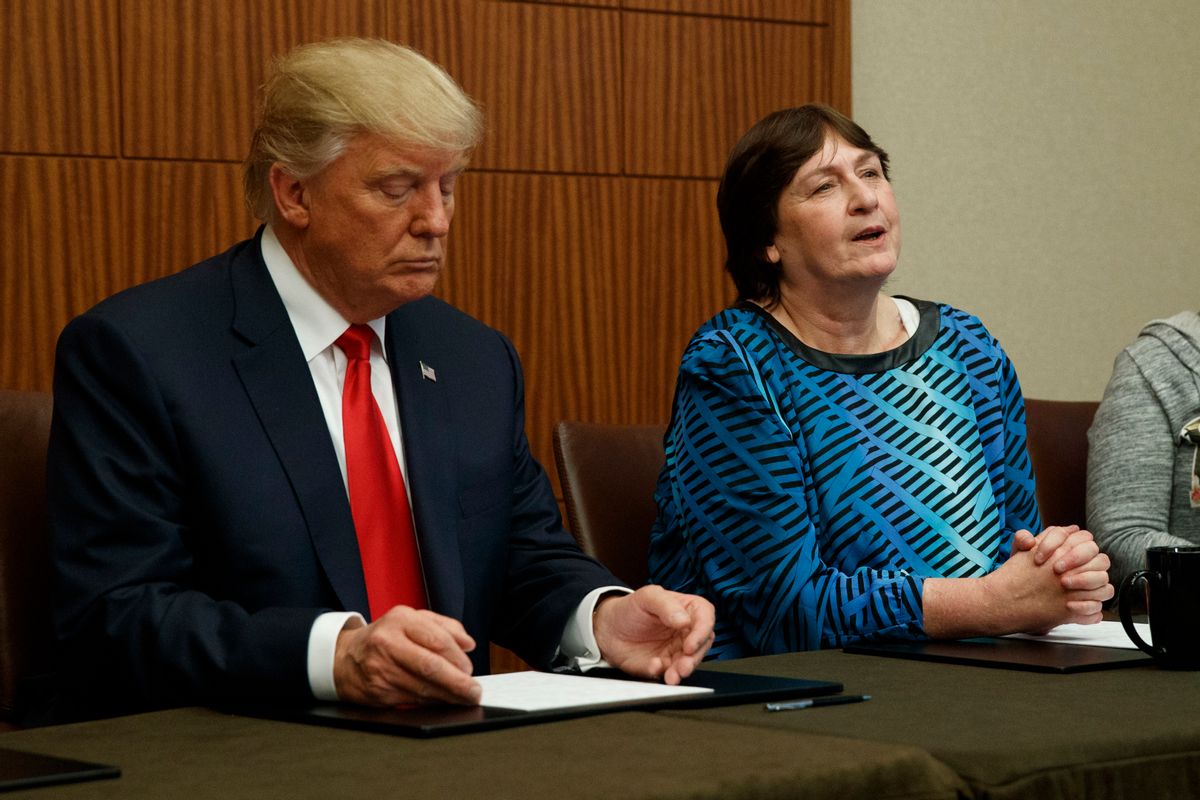 It was a bizarre scene considering that Trump himself has confessed to being a harasser of women in a leaked video from 2005. The press conference became especially absurd when news outlets began relaying all of the horrible things Trump has said about these women in years past.

In a 1998 interview with Chris Matthews, for example, Trump called Paula Jones "a loser."

Jones, who settled a sexual harassment suit against former president Bill Clinton, was invited by the Trump campaign to sit in the Trump family's box during the debate.

Throughout the 1990s, Trump consistently expressed a general disdain for Jones and Bill Clinton's other alleged victims, saying in an interview with Fox News' Neil Cavuto that the former president was the real victim in these instances.

"His victims are terrible. He is, he is really a victim himself," Trump said. "The whole group, Paula Jones, Lewinsky — it's just a really unattractive group. I'm not just talking about physical."

Trump went so far as to blame Jones for potentially ruining Clinton's presidency. "The fact is that she may be responsible for bringing down a president indirectly," he said.

In the jaw-dropping press conference on Sunday night, Trump seemed to be exploiting these women at Democratic nominee Hillary Clinton's expense, trying to shake her before the high-stakes debate.

In the '90s, Trump was sensitive to Clinton's awkward position, however, saying he was impressed with the way the first lady had handled these scandals.

"She's gone through terrible times," Trump told CNN's Wolf Blitzer in an interview. "She's been through more than any woman should have to bear."

Trump, now buried in his own sexual assault scandals, apparently believes Hillary Clinton can burden some more contempt and ridicule.

Watch a video of the unbelievable press conference below, courtesy of the Washington Post.