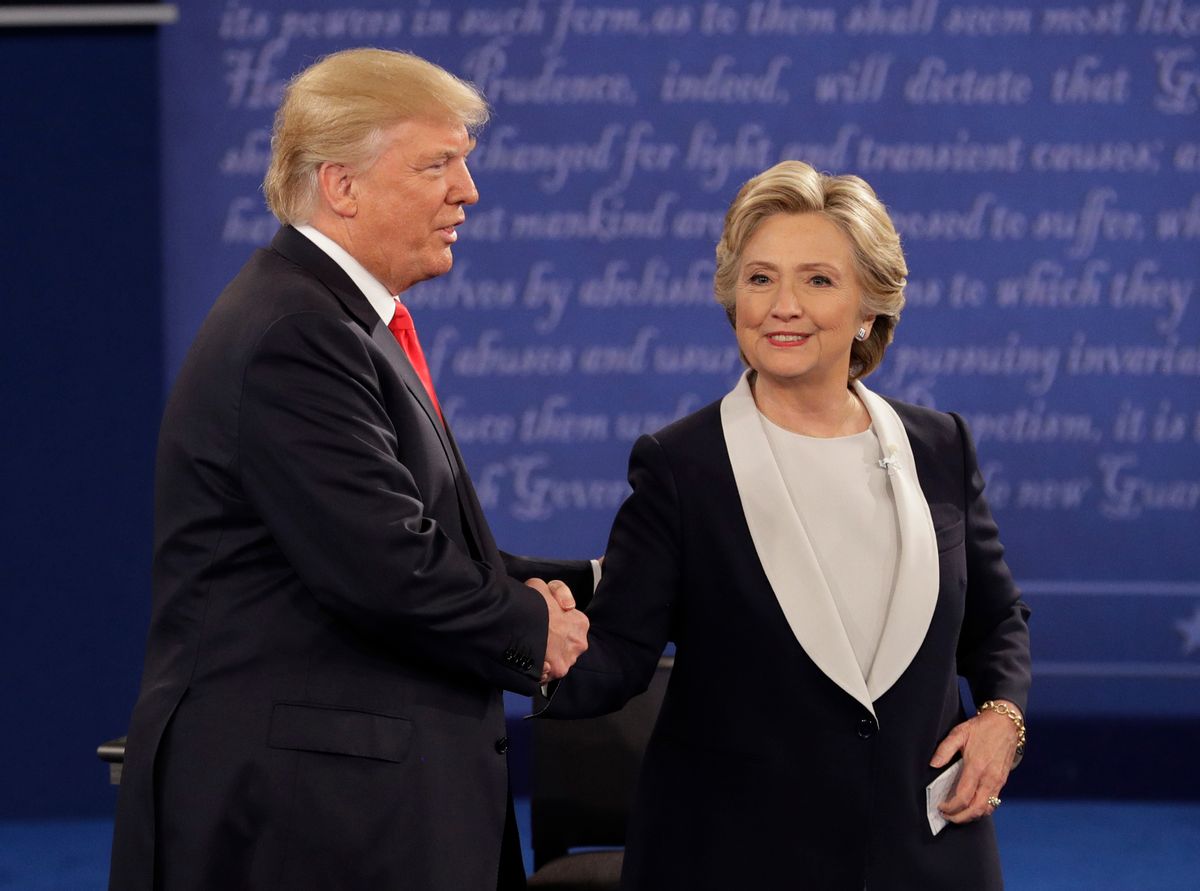 WASHINGTON — Donald Trump's campaign manager is walking back the Republican candidate's threat during presidential debate to throw Hillary Clinton in jail if he is elected.

Kellyanne Conway said Monday that such a decision isn't up to Trump. She said Trump's threat "was a quip."

Trump made the threat in Sunday's debate, after Clinton said it's good that someone with Trump's temperament isn't president. Trump responded: "Because you'd be in jail."

Conway said Trump was "channeling the frustration of thousands of voters he hears every day."

Donald Trump said he's leaving no doubt that he'll spend the election's final weeks dredging up decades-old sexual allegations against Hillary Clinton's husband, even if it turns off voters whose support he desperately needs.

Faced with questions in Sunday's debate about his own predatory remarks about women, Trump accused Bill Clinton of having been "abusive to women" and said Hillary Clinton attacked those women "viciously." He declared the Democratic nominee had "tremendous hate in her heart."

Clinton tried at times to take the high road, glossing over Trump's charges and accusing him of trying to distract from his political troubles.

Indeed, Trump entered the debate facing enormous pressure from the Republican Party and even his own running mate.