VOTE: What was the biggest insult during the second presidential debate? 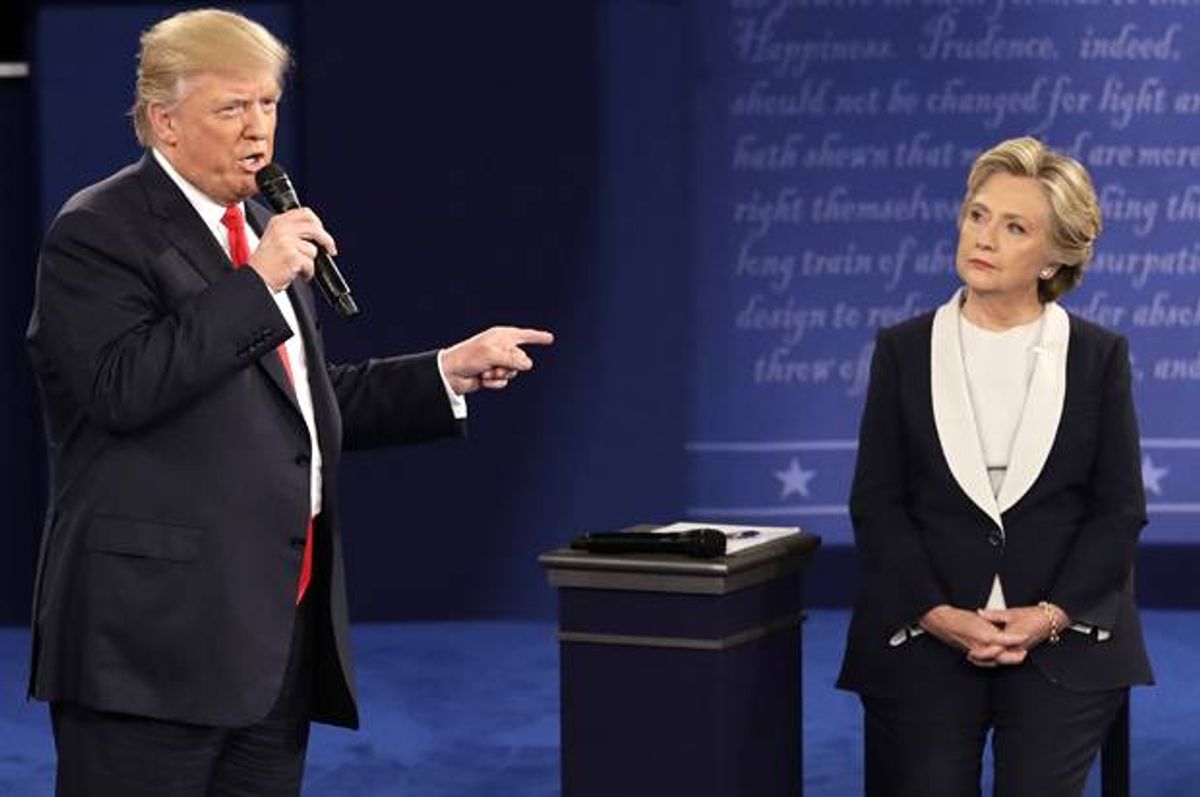 From the beginning of the second presidential debate, the two candidates went at it. Viewers knew they were in for a show when Donald Trump and Hillary Clinton refused to shake hands upon entering the stage. As expected, nothing was off limits. Trump flagged questions about his lewd sexual comments and his tax evasion. Clinton answered for her husband's infidelity and the missing emails. Which insult did you think was the best? If your pick isn't on the list, add it to the comments!