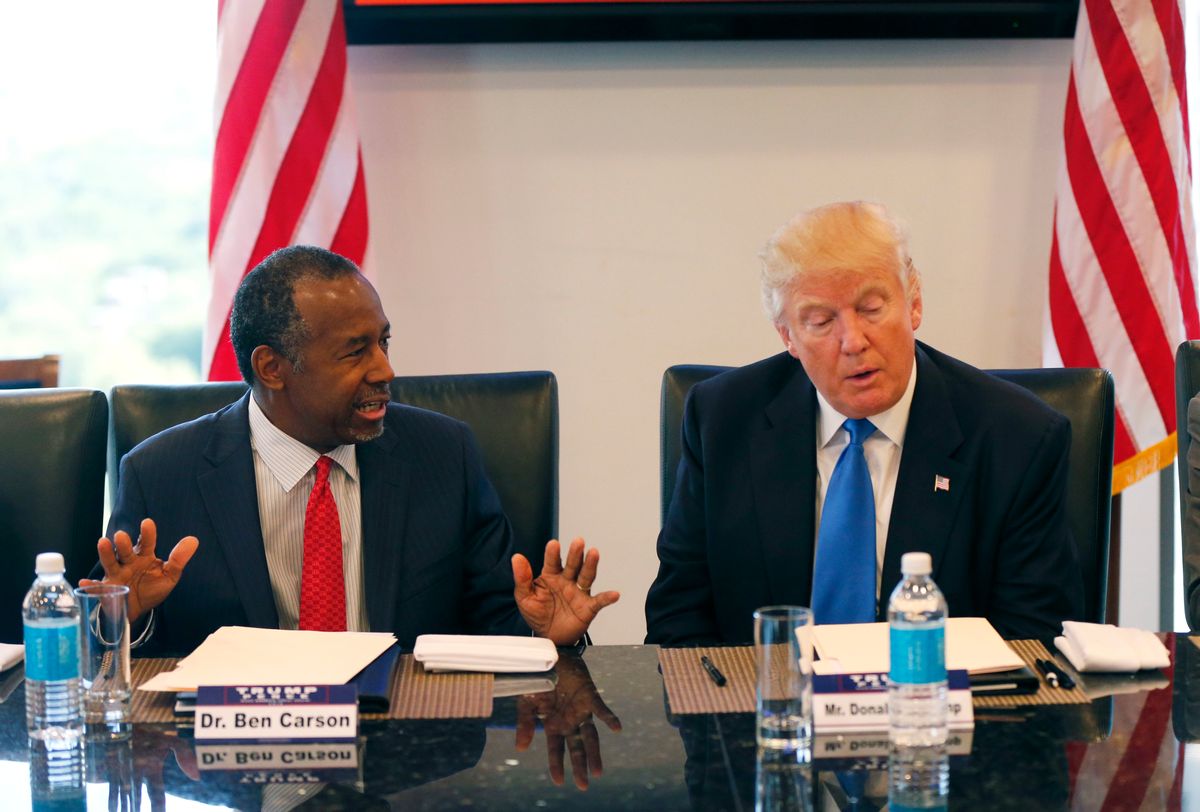 Republican presidential nominee Donald Trump has amassed a small army of former rivals who dutifully ride to his rescue, cleaning up after his every rhetorical mess on the campaign trail. But perhaps no other former competitor turned campaign surrogate has demonstrated himself to be more of a liability for the continual deployment of damage control than Dr. Ben Carson.

Lately, aside from blurring the definition of sexual assault and deflecting responsibility by equating Beyoncé lyrics to Trump's words on a 2005 tape where he boasts of forcing himself on women, top Trump surrogates have favored the phrase “locker-room talk” to dismiss his comments as routine. On Tuesday, Carson took the “locker room” line even further.

"That kind of banter goes around all the time,” Carson told CNN’s Brianna Keilar.

“As I was growing up,” Carson explained to Keilar, “people were always talking about their sexual conquests and trying to make themselves appear, you know, like the Don Casanova,” Carson replied.

“I'm surprised you haven't heard that. I really am,” he added.

“I haven't heard it and I know a lot of people who have not heard it,” Keilar insisted.

“The problem is that I haven't —" Keilar began to ask before being cut off by Carson.

Watch a clip, via CNN:

Earlier this week, during an interview with Fox News' Neil Cavuto immediately following Sunday's second presidential debate, Carson said he had heard "much, much worse" in the Detroit neighborhood where he grew up: