Science explains: How to fight nerves on a date

The butterflies in your stomach are natural. But it takes work to figure out how to tame them 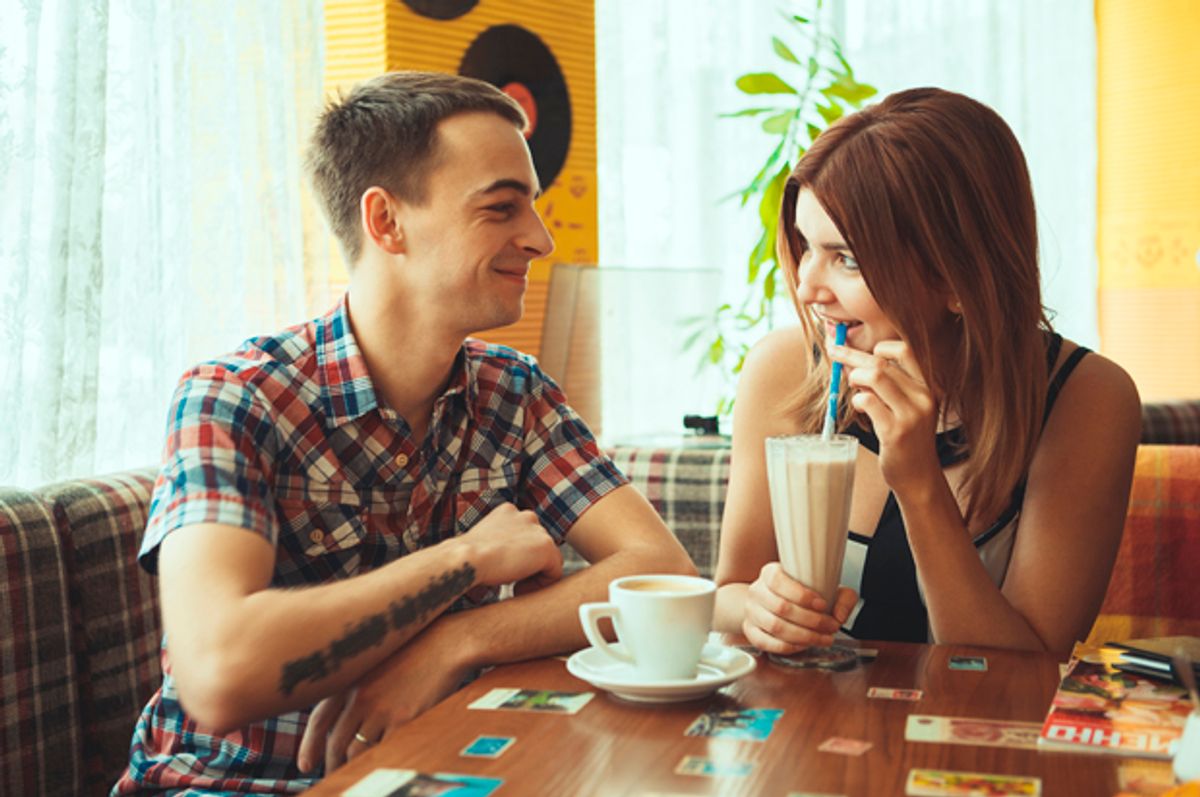 Does anxiety keep getting in the way of you making connections with the people you’d like to spend more time with? Maybe you’ve just met someone, but are worried that your anxiety will ruin it all. People with anxiety can be highly self-critical, tend to overestimate the likelihood that something negative will happen, and often feel that others are judging them.

Sometimes, just thinking about a social situation can induce panic attacks, which are sudden spikes of intense anxiety that peak within a few minutes and feel like you’re about to have a heart attack, lose control, or go mad. During social situations, people with anxiety might feel short of breath and experience dizziness, sweating, blushing, stuttering, and an upset stomach

Many people are affected by anxiety. In fact, one in 14 people around the world will have an anxiety disorder at any given time, with women and young people being most affected. But it is possible to overcome anxiety and date successfully. Here are some top scientific tips.

Don’t focus on the worst
People with anxiety tend to worry about what might go wrong in a situation and fear that they will do or say something to embarrass themselves. These thoughts not only produce a highly negative mental state characterised by dread and helplessness, but also harmful physiological body changes, such as higher secretion of stress hormones.

Being in such a negative state doesn’t allow you to put your best self forward and shine. An effective way to get over this is to stop focusing on what might go wrong. As soon as a worrying thought pops into your head, let it go. Realise that it is just that – a thought or a mental event that will pass just like many others did. This technique is based on mindfulness, which has been shown to lower anxiety in study after study.

Another thing you can do when you’re feeling stressed or anxious is to take a few minutes and simply focus on your breathing. If thoughts come into your head as you’re doing this, don’t follow them – let them go and bring your mind gently back to your breaths. This meditative technique will relax you and make you feel calmer.

Face your fears
One of the best ways of getting over your anxiety is through repeated exposure to circumstances that scare you – and this doesn’t apply to just dating. Repeated exposure to situations or people that make you feel anxious eventually lessens your fear response and makes you realise that you really are more resilient than you thought you were.

When it comes to social interactions – or any other phobias for that matter – graded exposure is an effective way of getting over those nerves: start small with mildly feared situations and build your way up to more strongly feared circumstances. For example, next time you go to a social event, practice making small talk for a short period of time or make it a point to voice a comment during a group interaction. Next time, practice making small talk for a longer time and with more people. This will retrain your mind to stop seeing social situations as scary and will give you greater control when around others.

Don’t replay conversations in your head
You’ve got that “I just met someone” feeling and you can’t help but replay the conversation you’ve just had over in your head. Studies have shown that rumination – or constantly going over situations or conversations in your mind (especially those you’re uncertain of) – will only increase your anxiety. If there is an issue that needs to be dealt with, focus on fixing it or doing something about it – but without reacting to it. This is called problem-focused coping. According to research studies, people who do this have better mental health, tend to feel more positive and have more positive outcomes in life than those who use emotion-focused coping. For example, if someone does something that bothers you, tell this person, but don’t ruminate or think about it afterwards.

Are they worth it?
Many self-help books talk about what you should do in order to keep someone attracted. But that seems to be totally the wrong way of going about it. He or she may well be attractive and funny – and know just what to say to keep you hooked – but is that enough? Instead of worrying about how you look to the other person or being self-critical, try to find out more about him/her and whether this person is really worth sticking around for. Maybe you’ll discover that this cutie has a lying streak, is unreliable, or says things that he/she doesn’t mean. Is such a person really worth a relationship? Because the only thing worse than being in a bad relationship for a year, is being in a bad relationship for a year and a day.