Watch Seth Meyers destroy "pervert on the bus" Donald Trump: He treats "the world like the inside of a locker room" 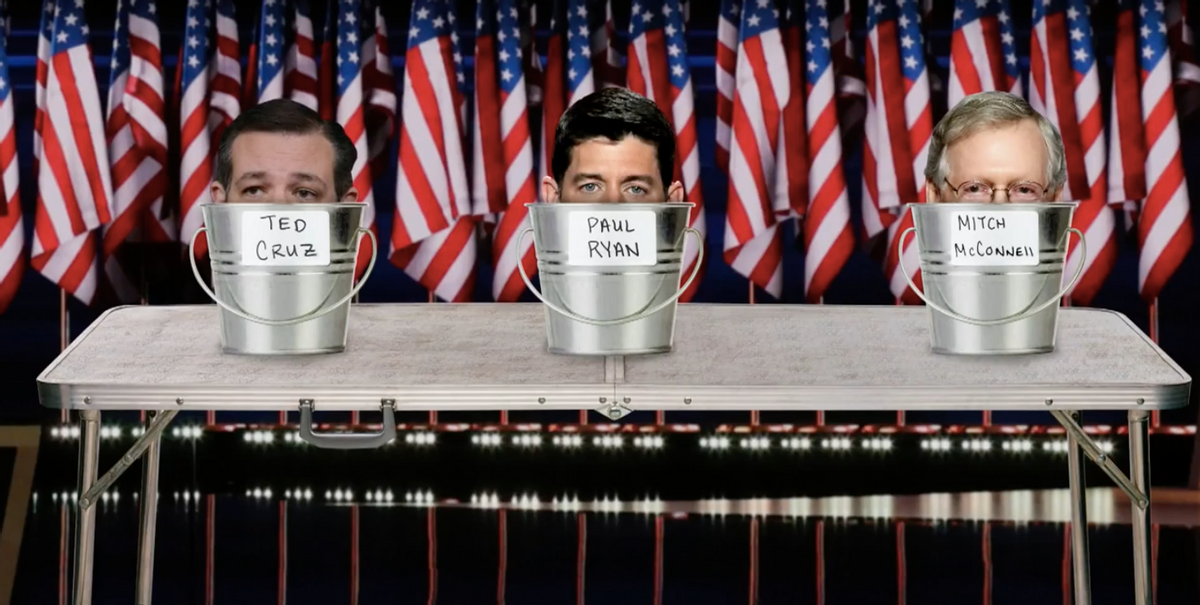 Seth Meyers thinks that Donald Trump is reaching for new lows while trying to achieve the highest office in the land. On Monday night, the "Late Night" host took on the Republican nominee's recent misogynistic comments.

Trump, Meyers said, shouldn't be able to fall back on the trope that this was "kitchen table talk," (which is crazy when you think about it) or "locker room talk." Besides, the Donald has "treated the entire world like the inside of a locker room," Meyers said.

Meyers didn't only focus on the Republican nominee, however; he also took aim at Trump's enabler, Billy Bush, who was suspended from his job hosting part of "Today" after the tape was released.

"There is currently a higher standard for host of the third hour of 'The Today Show' than there is for Republican nominee for president," Meyers said, noting that Billy Bush "somehow passed Jeb as worst-performing Bush in 2016."

Also deserving of the host's scorn were the Republican politicians who have criticized the presidential candidate without pulling their endorsement of him. Chief among them was House Speaker Paul Ryan, a man whom Meyers called so spineless "they carry him to and from events in a bucket."

"That's right," Meyers said. "You were watching a different debate from a different reality.