Beyond the pale: White privilege thy name is Donald Trump 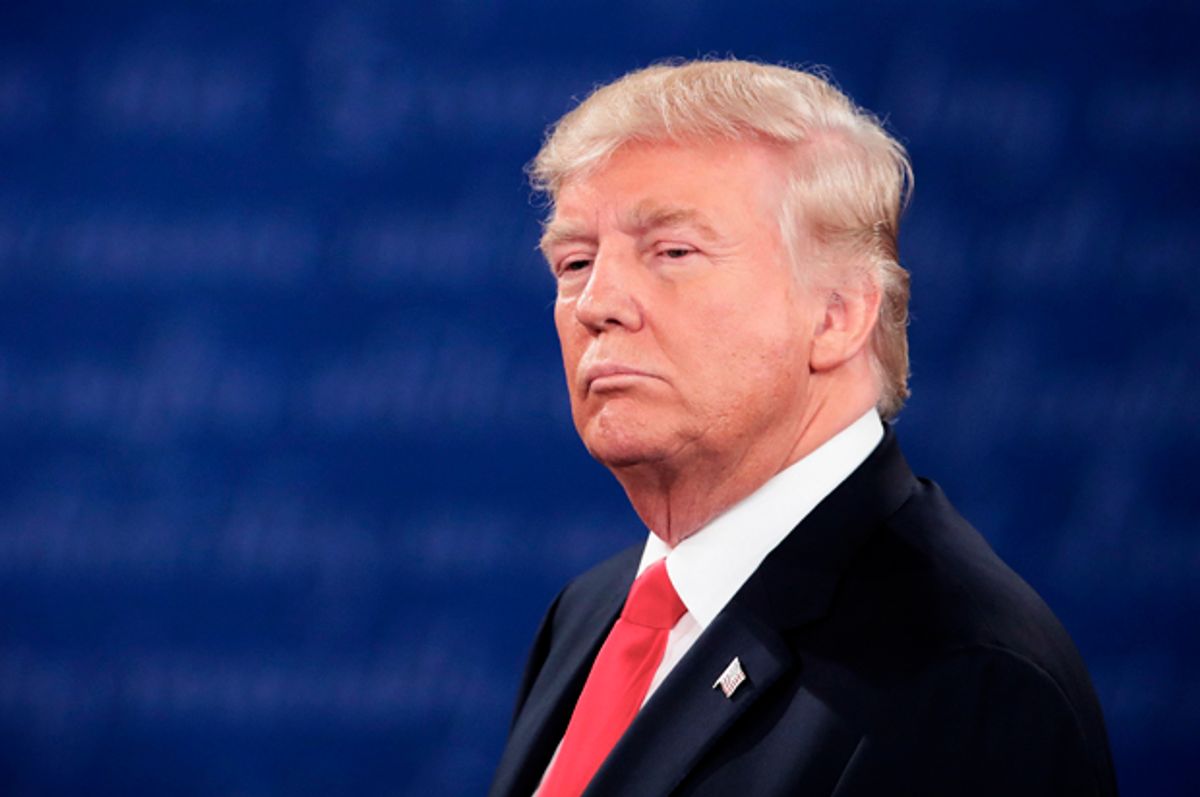 White privilege is a concept which describes the unearned social, political, economic, and other advantages that white people receive because of their skin color.

Quite predictably, discussing white privilege with white people can be very challenging.

There is often anger, deflection, and denial at the suggestion that being white in American society gives certain opportunities and advantages which are denied to people of color.

Confusion is a common response as well. Privilege is something that is typically taken for granted. As such, it is not usually reflected upon or made visible by those who possess it. An acknowledgement of privilege often requires that a person reorient themselves in the world and reconsider their relationships with other people.

Guilt is also summoned. It is often followed by tears. To expose white privilege challenges a person’s narrative about their own hard work and success.

And there is, of course, the common error in which discussions of white privilege are often perceived (erroneously) as attacks on a given white person’s character and soul instead of as a critique of societal power and institutions.

But what if there was an example of white privilege which was so extreme, obvious, gross, and transparent that it was impossible for anyone to deny? Enter: Donald Trump.

Let’s conduct a thought experiment. Ask yourself: What if Donald Trump, all things being equal, was a black (or Latino or First Nations or Muslim or Asian) man?

Trump brags about sexually assaulting women by grabbing their “pussies." He has been divorced twice and is a serial adulterer. Trump is belligerent and hostile to women having called them “pigs, dogs, and slobs.” He has declared bankruptcy four times and refused to pay his employees and contractors. Trump has not paid federal income tax in (at least) ten years. He encourages violence at his political rallies and other events. Trump has also made veiled threats that his political rival, Hillary Clinton, should be shot or put in prison. During their second presidential debate, Trump hovered over Clinton in a menacing way, lurking about the stage like an abuser, one ready to wallop or otherwise assault his wife or partner. Trump wallows in his ignorance yet considers himself genius and expert — “he appears not to read.” Trump is an overt bigot and racist whose political campaign has numerous connections to hate groups. During the 2016 presidential race, Donald Trump has been graded on a curve by the corporate news media where “doing better than expected” is elevated to the level of success and competency.

White privilege is a fountain of second chances and “benefit of the doubt.” If Donald Trump was a black man running for President of the United States he would be given no quarter, forgiven none of his errors, excesses, or bad behavior.

The racial stereotype of the “black beast rapist” would have destroyed him. His failures in business would be immediately met with charges of “incompetence” or how he is a beneficiary of “unfair” and “failed” programs such as “affirmative action." A black man who threatens political violence against white people is not feted, elevated to hero status, or treated seriously as a political candidate for a major public office. He is usually put in prison … or worse. Ultimately, bigotry and racism are a type of currency for white people who want to be President of the United States. There is no such equivalent for a black person seeking that or any other public office.

White privilege does not operate in isolation.

Sexism is central to the rise of Donald Trump. Toxic white masculinity is rewarded in American society. A woman who dared to act in the same way would be punished by the corporate news media and condemned by many in the public.

The anti-intellectualism of mainstream American conservatism is a type of privilege for those on the Right, one that is denied to progressives and liberals. For example, Trump, Palin, and George W. Bush are able to flaunt their ignorance and stupidity as virtues, markers of “authenticity” and “real America”. By comparison, Hillary Clinton, Barack Obama, and other Democrats are held to a much higher standard by the corporate news media and general public.

Donald Trump’s voters are supposedly motivated by “economic insecurity." Public opinion and other research have shown that in reality it is racism and a fear of a changing America where white people are not the center of all things which is driving their embrace of Donald Trump.

Donald Trump is an avatar of hate. He has manipulated his voters’ fears about their losing white privilege in order to become the most popular Republican presidential candidate in recent American history.

White racism and white privilege are an ever present threat to American democracy. Donald Trump, the fascist and racial authoritarian, is proof of this fact.