For most of the election, the USC/Los Angeles Times Daybreak poll has had Trump in the lead. No more 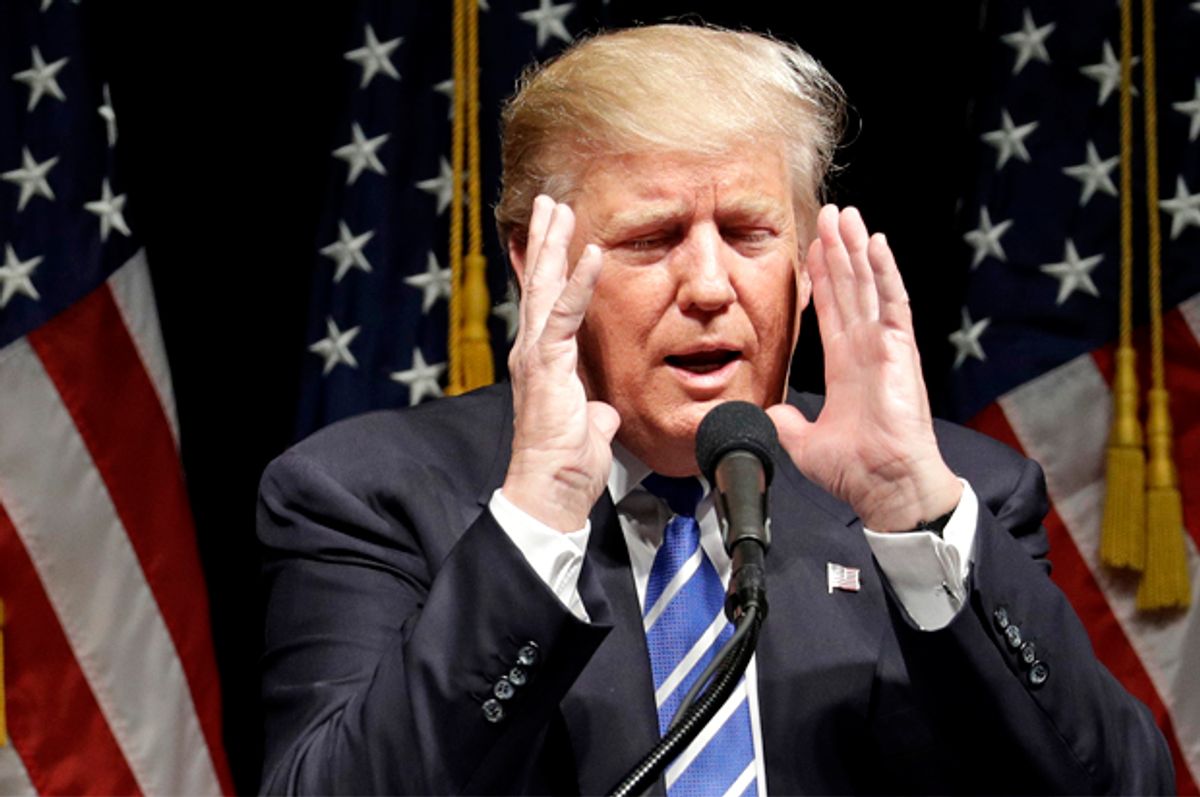 Donald Trump has a precarious relationship with polls. During the primaries, the reality TV star routinely touted his “tremendous” poll numbers, offering them as proof of his “big league” support. By the summer, however, Trump developed an onset of selective amnesia as two-way polls began to indicate Trump was losing.

But there was always one poll that Trump could point to for reassurance, one that refused to name Hillary Clinton as the frontrunner. The USC/Los Angeles Times Daybreak tracking poll persistently showed a Trump lead despite national polling averages showing otherwise.

As of today, it appears Trump has finally lost his lead in the USC/Los Angeles Times poll, a devastating blow for Trump apologists who had hoped beyond all hope that the poll was an accurate reflection on the state of the race.

Last week, the Los Angeles Times published an article attempting to explain why its poll was yielding different results from other national surveys.

“Most polls ask people which candidate they support and, if they are undecided, whether there is a candidate they lean to. The Daybreak poll asks people to estimate, on a scale of 0 to 100, how likely they are to vote for each of the two major candidates,” Los Angeles Times reporter David Lauter wrote. “Those estimates are then put together to produce a daily forecast.”

Incidentally, Upshot’s Nate Cohn unskewed the poll on Wednesday, highlighting a 19-year-old black man in Illinois who was contaminating the poll’s numbers. According to Cohn, the black man, who vehemently supports Trump, improved the GOP nominee’s margin by a whole point in the poll.

This unknowing voter is apparently responsible for Wednesday’s shift in the poll, as the man has not participated in the survey since October 4. Clinton was able to defeat Trump once he was left out of the sample.

As the horse race enters its final stretch, all eyes will continue to be on the polls. Trump and his cabal of conservative radio hosts will surely cite obscure, unscientific polls as proof that Trump is winning. Unfortunately, they can no longer use the USC/Los Angeles Times poll to reinforce their delusions.