BULLSH**TER OF THE DAY: Dinesh D'Souza, for defending a rich man's right to be a perv 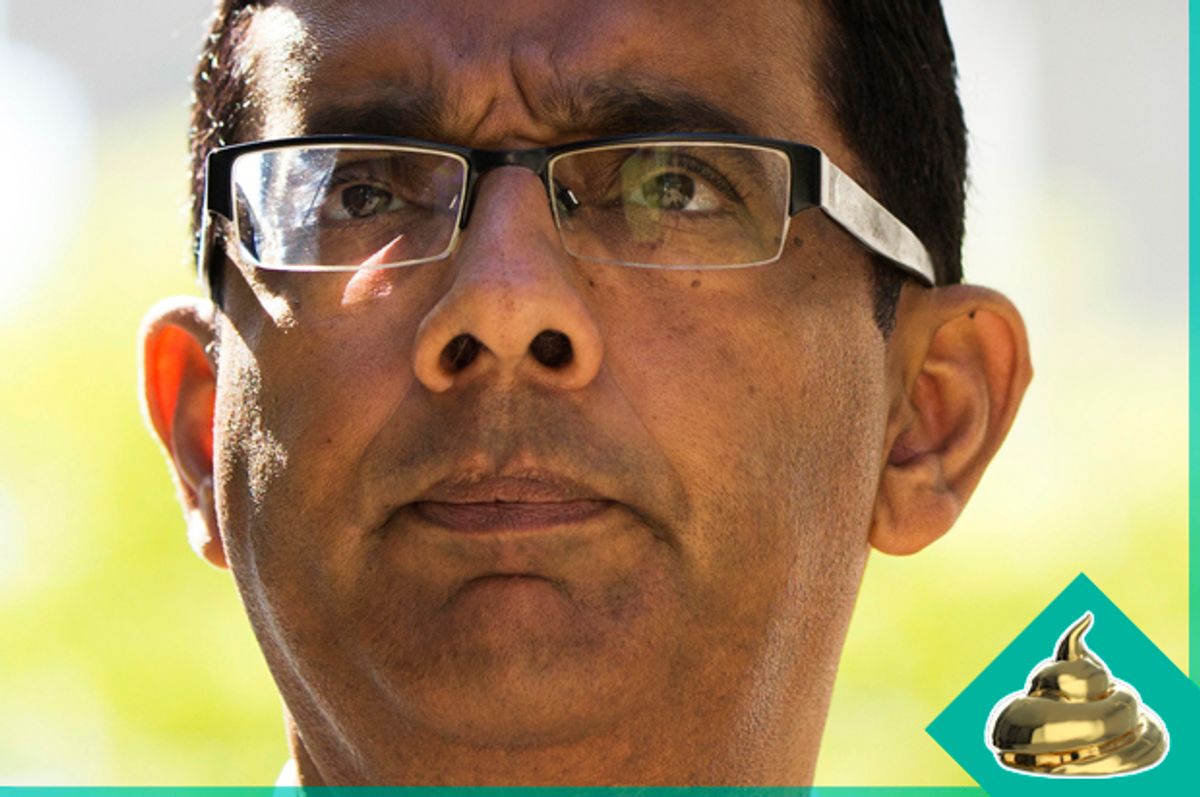 "I guess it is now fine for men to use women's bathrooms but not for the CEO of Miss Universe to walk into a woman's dressing room."

Who said it?
Professional propagandist and convicted felon Dinesh D'Souza

On Sunday, Donald Trump told Anderson Cooper he had not sexually assaulted any women. In the days since then, we have watched as an increasing number of women have come forth with allegations of sexual misconduct against Trump. It is against these revelations that D'Souza decided to share his misguided opinions.

Where to begin. People fighting for the right to have their sexual identities respected is in no possible universe comparable to a man walking unannounced into a dressing room filled with teenage beauty pageant contestants. In the first case, we are talking about protecting the rights of a minority long neglected. The second is an outright violation of women's dignity and rights. Not to mention the blatant abuse of power by Donald Trump.

But mind you, that did not stop Mr. D'Souza from tweeting.

Oh no. D'Souza seems to believe that humans do not deserve equal respect and rights. A first generation American himself, he actually said that different cultures should not be treated equally. And about women, he had this hot take: "while human nature has always been what it is, suddenly in the late 1960s an ever-increasing number of women started having sex (and babies) before marriage, and demanding that they be treated 'just like men.'" SORRY, Mr. D'Souza, but they are called human rights for a reason.

Bullshitter Of The Day Dinesh D'souza