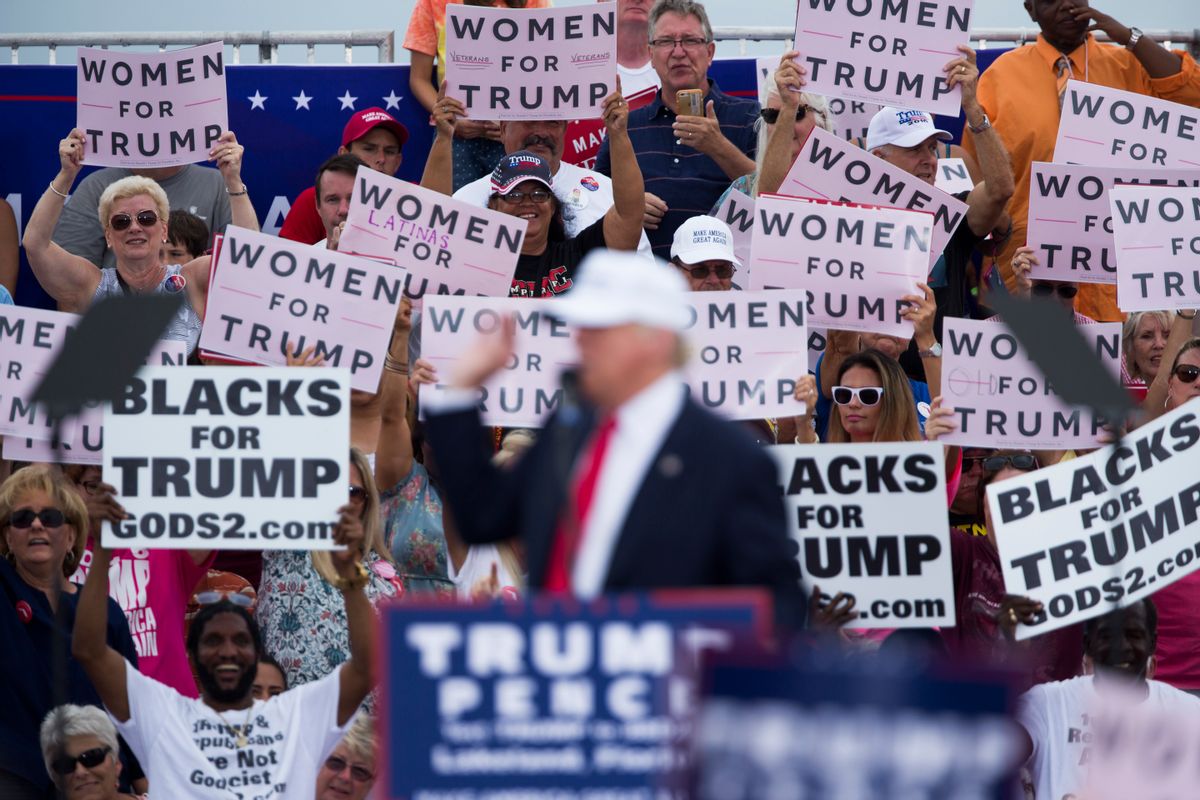 People magazine reporter Natasha Stoynoff — who "covered the [Donald] Trump beat" in the early 2000s — on Wednesday claimed that the Republican presidential nominee had once sexually assaulted her.

"When we took a break for the then-very-pregnant Melania to go upstairs and change wardrobe for more photos, Donald wanted to show me around the mansion," Stoynoff said, recalling a December 2005 photo shoot at Mar-a-Lago in Palm Beach, Florida. "There was one 'tremendous' room in particular, he said, that I just had to see.

"We walked into that room alone, and Trump shut the door behind us. I turned around, and within seconds he was pushing me against the wall and forcing his tongue down my throat."

Trump's longtime butler, Anthony Senecal, barged in shortly after that, Stoynoff said, to inform the two that Melania was ready to resume the photo shoot and interview. That broke up the altercation.

"I was still in shock and remained speechless as we both followed him to an outdoor patio overlooking the grounds," Stoynoff recalled. "In those few minutes alone with Trump, my self-esteem crashed to zero."

Recent leaked audio and video from 2005 of Trump bragging about sexually assaulting women to Billy Bush of "Access Hollywood" helped Stoynoff realize, she said, that she "was not to blame for his inappropriate behavior."

"I had not been singled out," she said. "As he explained to Billy Bush, it was his usual modus operandi with women. I felt deep regret for not speaking out at the time."

"Talk is talk. But it wasn’t just talk in my case, it was very much action," she added, referring to Trump's non-apology for the leaked conversation, which he called "locker-room talk." "And, just for the record, Mr. Trump, I did not consent."

Jessica Leeds, 74, claimed Trump "lifted the armrest and began to touch her" during a first-class airplane flight in the 1980s.

"He was like an octopus," she said. "His hands were everywhere."

Rachel Crooks, 33, was a receptionist at a real estate firm with an office in Trump Tower when she met Trump on an elevator in 2005 and introduced herself.

Crooks said Trump wouldn't break their handshake, then kissed her on the cheeks before he "kissed me directly on the mouth."

"It was so inappropriate," she told the Times. "I was so upset that he thought I was so insignificant that he could do that."

As he has a tendency to do, Trump swiftly threatened to sue the Times for publishing the allegations.

"Your article is reckless, defamatory and constitutes libel per se," Trump's lawyer, Marc E. Kasowitz, wrote in a cease-and-desist letter to the paper's executive editor. "It is apparent from, among other things, the timing of the article, that it is nothing more than a politically-motivated effort to defeat Mr. Trump's candidacy."

As CNN's Jake Tapper noted, any potential lawsuit would face the difficult task of proving that the Times story actually constitutes libel:

A Palm Beach Post story also revealed allegations from Mindy McGillivray, who said that Donald Trump groped her in 2003.

The phoney story in the failing @nytimes is a TOTAL FABRICATION. Written by same people as last discredited story on woman. WATCH!

Why didn't the writer of the twelve year old article in People Magazine mention the "incident" in her story. Because it did not happen!