President Obama will campaign for Hillary Clinton in Ohio, as Democrats target the state

President Obama is trying to make his last 100 days important, but pushing for Hillary to be his successor 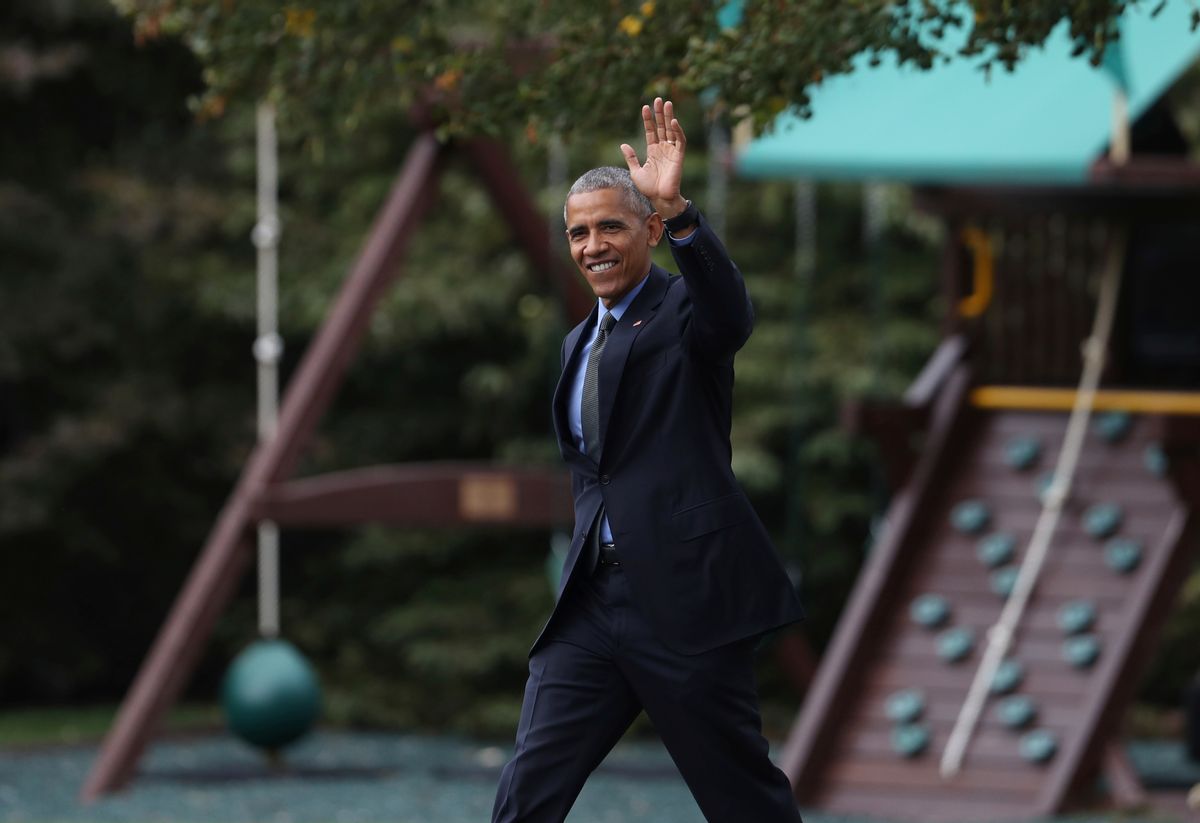 WASHINGTON — President Barack Obama will try to rev up Democrats in Ohio during a two-day visit, as the number of states that could swing to either Hillary Clinton or Donald Trump narrows to just a handful.

Obama heads to Columbus on Thursday to be the featured speaker at an annual dinner benefiting Ohio Democrats and Gov. Ted Strickland, who is running to oust incumbent Republican Sen. Rob Portman. On Friday, Obama will hold a rally in Cleveland for Clinton emphasizing early voting, a major focus for Democrats across the U.S. this year.

This week Obama entered the final 100 days of his presidency, and he's increasingly devoting his time to trying to push Clinton over the finish line in the presidential race. With Trump and Republicans threatening to undo much of what Obama has accomplished over the last eight years, campaigning for Democrats is the most productive way for Obama to try to protect his legacy.

Before flying to Ohio, Obama planned to speak in Pittsburgh at the "White House Frontiers Conference," where aides said he'd announce new funding for technology and research and tout innovations like self-driving cars and artificial intelligence. Obama, in an op-ed in the magazine Wired, said the U.S. needed to adapt its skills to address emerging threats like antibiotic-resistant "superbugs," cybersecurity and climate change.

"To accelerate that change, we need science," Obama said.

Ohio, with its diverse mix of cities and rural areas, is a coveted prize every four years, seen as a barometer for the shifts in the nation's political climate. This year, it's one of just four states that polls suggest are currently toss-ups between Clinton and Trump, along with Nevada, North Carolina and Florida.

Trump, too, was setting his sights on Ohio on Thursday, with a speech in Columbus and an evening rally in Cincinnati.

The shrinking of the political battlefield reflects demographic shifts that have benefited Democrats in several states and Trump's struggles to expand his appeal to a broad cross-section of America. But Obama and Democrats have been wary not to take anything for granted, particularly as the final weeks of the campaign have taken a series of unpredictable turns.

Obama and his wife, Michelle, are two of the country's most popular Democrats, making them the most effective voices to vouch publicly for Clinton. White House press secretary Josh Earnest said that makes the first couple particularly useful in freeing up Clinton to focus her limited time elsewhere.

"The real value of having somebody as high-profile as the president or the first lady on the stump campaigning for you is that you don't have to also go there in order to get attention. You've got somebody else there who can make a forceful case in support of your candidacy," Earnest said.

Hoping that broad disdain for Trump will sink other Republican candidates, Democrats have been particularly bullish this year about retaking the Senate, which would significantly strengthen Clinton's hand legislatively should she win the White House. Democrats had expected Strickland's race to be one of their better prospects to win a GOP-held Senate seat, but he has been running consistently behind Portman in the polls.

Yet in a sign of how toxic Trump has become for other Republicans, Portman revoked his support for Trump after video emerged of Trump making offensive comments about women. Portman has said he's backing Trump's running mate Mike Pence instead.