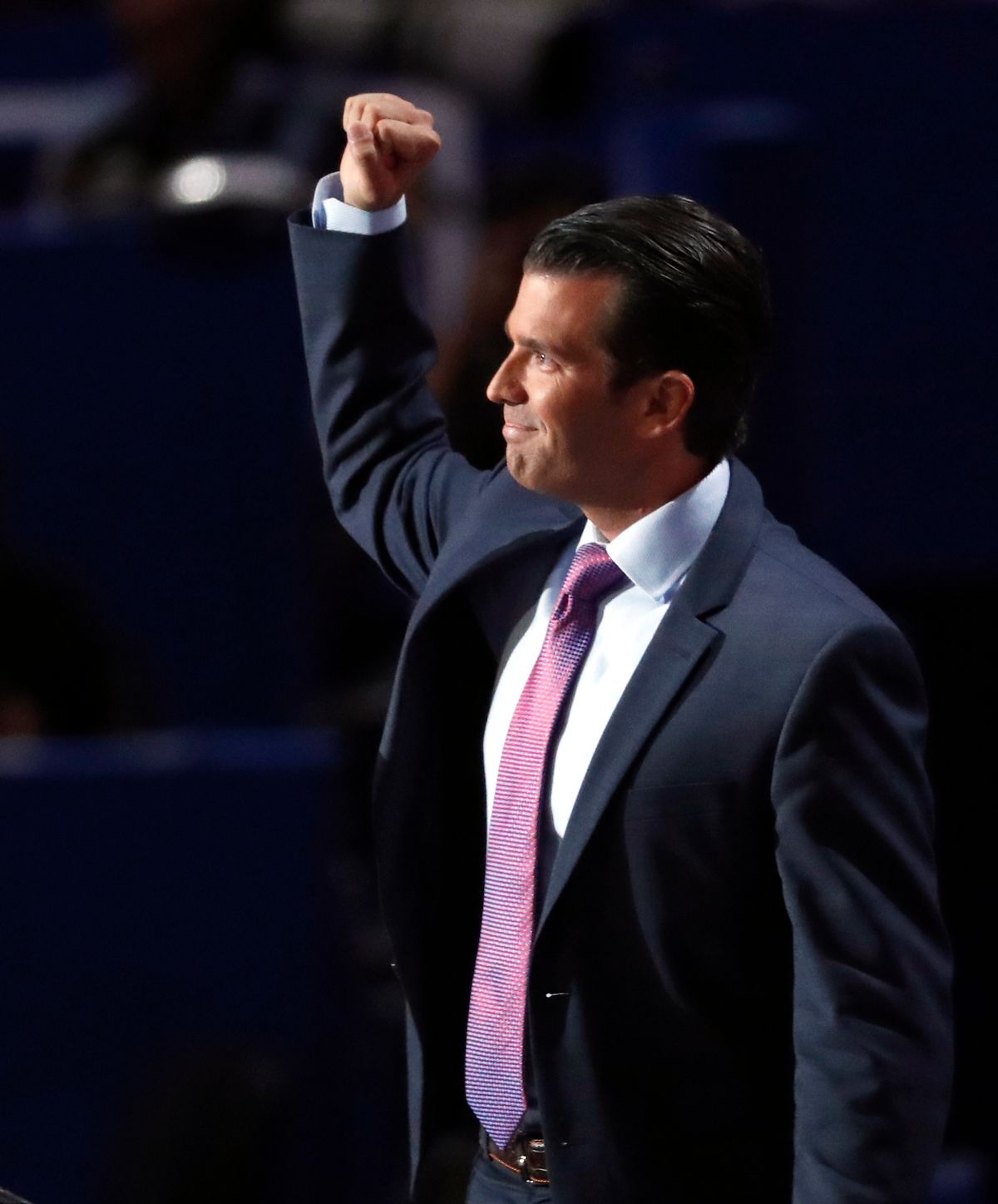 Donald Trump Jr., the eldest son of the Republican presidential nominee, in a 2013 radio interview dismissed sexual harassment as a byproduct of the modern workplace, according to BuzzFeed News.

"I'm of that mindset . . . if you can’t handle some of the basic stuff that’s become a problem in the workforce today, then you don’t belong in the workforce," Trump Jr., a self-described "guy's guy," said on "The Opie and Anthony Show" when asked if women ought to be allowed in all-male golf clubs. "Like, you should go maybe teach kindergarten. I think it’s a respectable position."

"You can’t be negotiating billion-dollar deals if you can’t handle" sexual harassment. he added. "But listen. There’s a place where you have to draw the line but today the stuff you get in trouble for."

"And by the way, that’s what happens in the world," he added. "I can play along. I can be fine, and then I can decide randomly, uh oh, you now have crossed the line, even though I’ve been going with it."

Donald Trump Sr. has wholly denied a wave of sexual assault allegations after The Washington Post last week leaked a tape from 2005 in which he brags about sexually assaulting women.

In an apparent attempt to reduce the damage that the 2013 comments could cause to the candidate's sleazy reputation, Trump Jr. , the executive vice president of the Trump Organization, has deleted a 2011 tweet in which Trump Jr. said Sugar Ray lead singer Mark McGrath "can sexually harass the hell out of anyone."