Pierson told Fox's Megyn Kelly, "I'm not buying it" about the women who came forward with Trump assault accusations 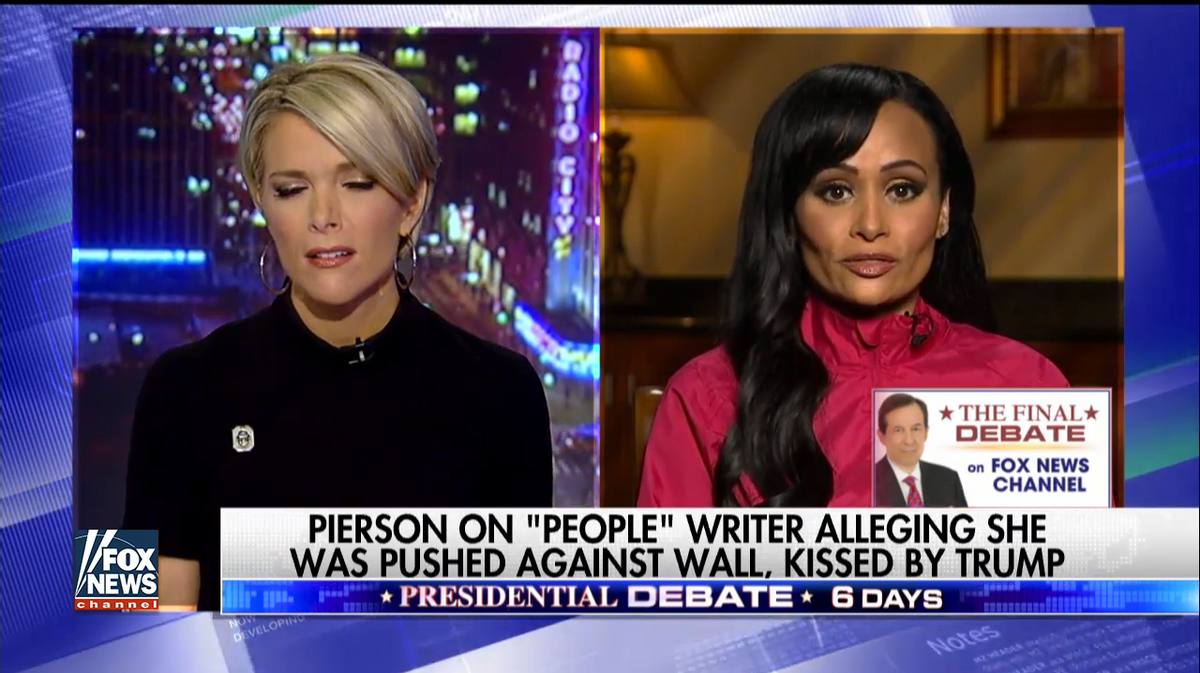 According to Donald Trump spokesperson Katrina Pierson, there are more important things to worry about than whom Trump may have groped or kissed or  "moved like a bitch" on. For example, did you know there was a hurricane recently?

Speaking to Megyn Kelly on "The Kelly File" Thursday, Pierson said that she wasn't "buying" the allegations, which were a distraction from the "real" issues, like the WikiLeaks hacking, or Hurricane Matthew, which has long since departed, which left 22 dead, and damaged East Coast cities in its path. Those allegations, Pierson also said, were planted by the Clinton campaign.

"Well, Megyn I'm not going to sit here and to pretend to know anyone's motive for anything that they do, but what I will say the question is 26 days before an election and they have the exact same answer 'oh, well it was the debate' and I'm just not buying that," Pierson told Kelly.

While Pierson appeared on the show to talk about the People magazine article, she made several references to the two women from Wednesday's New York Times article that also accused the Republican presidential nominee of inappropriately touching them without their consent. Earlier Thursday, Pierson made the ridiculous defense to CNN's Don Lemon that Trump could not have groped Jessica Leeds because armrests on planes could not be lifted thirty years ago.

"It's very detailed. I don't know whether it's true. I'm  not saying it's true or it's not true, but it certainly is very detailed. Is it not?" Kelly asked Pierson after the host read the account from People writer Natasha Stoynoff's Wednesday article.

It seemed that Kelly was "not buying" what Pierson had to say. The host asked Pierson why she hand't taken Trump's word from the hot mic audio clip from the Access Hollywood bus in 2005.

Pierson tried a new line of attack towards the end of the interview saying, "Except the American people, they're a little bit smarter than that simply because this happened the exact same day that WikiLeaks has come out.

"We have found out so much of the corruption and the lies and collusion between the Clinton campaign and the media, as well as the banks, that they don't want to talk about this."

Pierson, speaking with Kelly from North Carolina, wrote off the assault claims as fallacious allegations from the Clinton campaign and said that the media ought to focus on the deaths and destruction in North Carolina related to Hurricane Matthew.