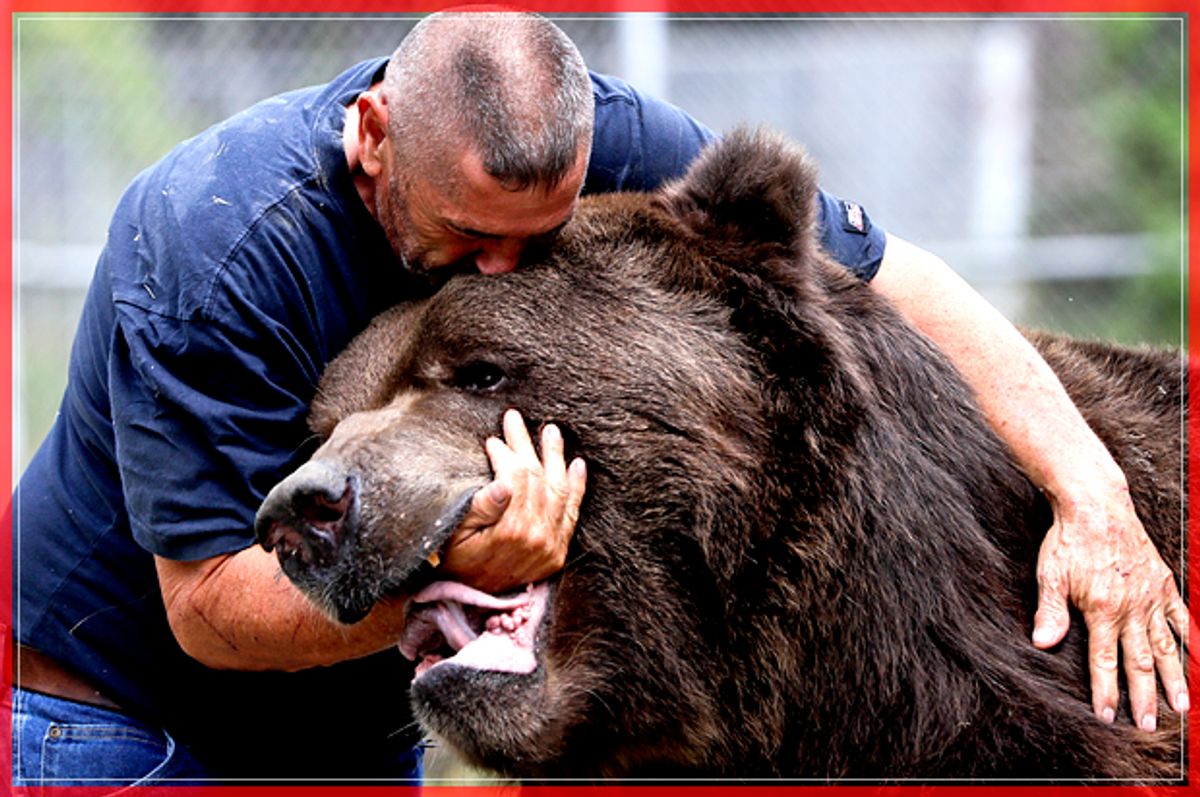 Don't poke the bear. That's like the first thing they teach you at the zoo, right? I'm not a zoo expert, but I'm pretty sure that "don't poke the bear" is one of the things you should learn before going into a zoo. Actually, just stay away from the bear. And please, please for the love of all that is holy, do not put your arm in the bear's mouth!

Manila, Philippines   Damir Sagolj/Reuters
Family and friends carry the coffin of Verigilio Mirano during his funeral Since he took office in June, 1,400 people have been killed by the police in antidrug operations ordered by Philippines President Rodrigo Duterte. Yet despite comparing himself to Hitler and lashing out at the pope in an overwhelmingly catholic nation, polls show that over 80 percent of Philippine voters trust their leader, who has been condemned by human rights groups across the globe.

Battle, England   Ben Stansall/Getty
Reenactors stand in their camps ahead of the reenactment of the Battle of Hastings What is the point of reenacting a battle if no one dies? What of
accuracy people! There have been at least 22 storm-related deaths in North Carolina resulting from Hurricane Matthew. ASPCA members Joel Lopez and Bruce Earnest are shown wading in floodwaters up to their ankles in
Lumberton to save a dog named Caroline. Tens of thousands of North Carolina residents are without power. Many have been evacuated. Water has risen in some places to levels of 10 to 12 feet, reaching the tops
of roofs, submerging homes beneath water. And while states like North Carolina, Florida, and others along the southeastern coast of the United States are no stranger to the damaging winds and devastating flooding that come with hurricanes, it is perhaps more devastating to return to your home and find it unrecognizable. Images like this one are a melancholy reminder that no matter how many advances we make in technology or policy or politics, we will always find ourselves in situations of survival, subject to the power of natural disasters.