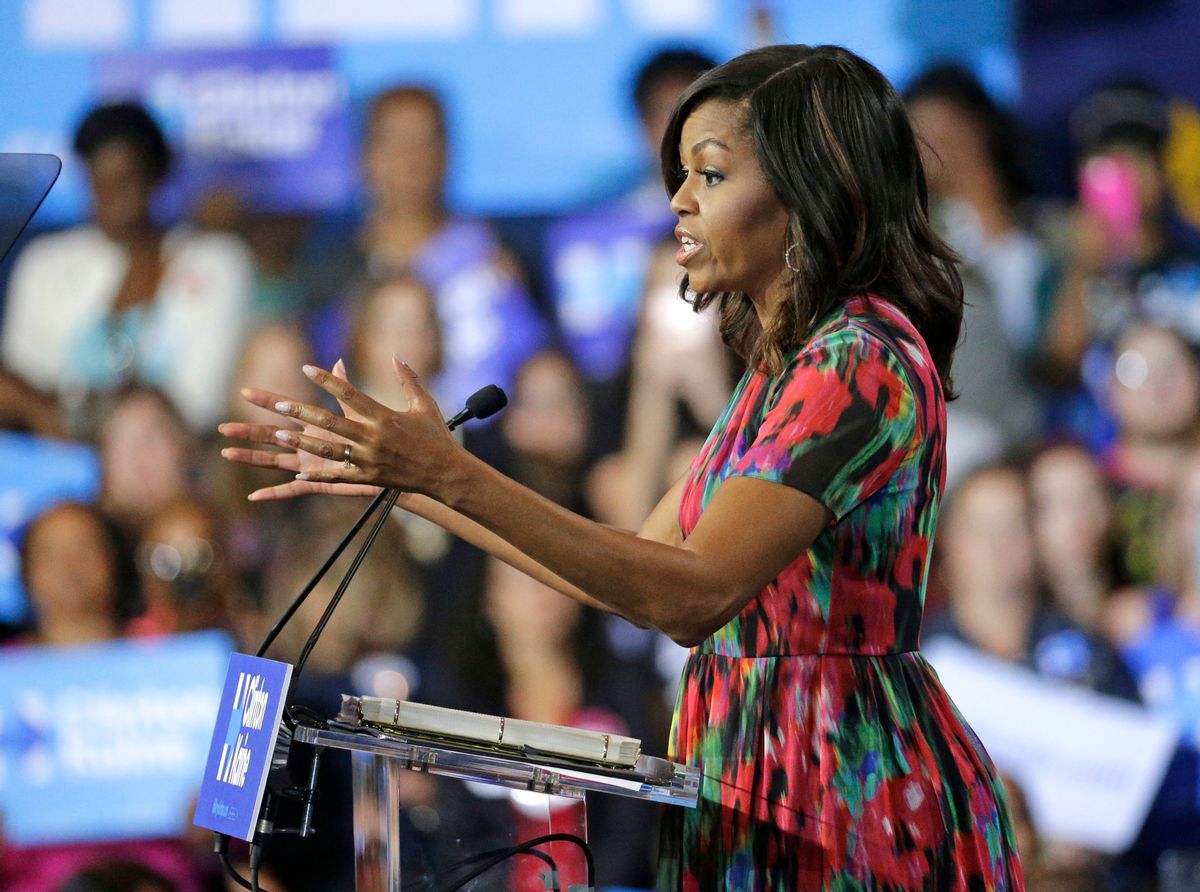 "This was not just a lewd conversation. This wasn't just locker room banter," the first lady said at a rally for Trump's Democratic opponent, Hillary Clinton, in Manchester, New Hampshire. "This was a powerful individual speaking freely and openly about sexually predatory behavior. And actually bragging about kissing and groping women."

Andrew Anglin, the prolific founder of neo-Nazi blog The Daily Stormer, wasn't happy with that.  "Reaching into the bottom of the barrel, the Jews have now brought out the man-ape Michelle Obama to complain about Trump’s alleged pussy-grabbing," he wrote

"The nasty gorilla also repeated recent unfounded slander against Trump as if it were fact," Anglin added.

Several women have now come forward with the sexual assault allegations after The Washington Post last week leaked a 2005 tape of the Republican presidential nominee bragging about sexually assaulting women.

"I feel it so personally, and I'm sure that many of you do too, particularly the women," Michelle Obama continued on Thursday. "The shameful comments about our bodies, the disrespect of our ambitions and intellect. The belief that you can do anything you want to a woman? It is cruel."

In a video statement, Trump dismissed his claims of non-consensually groping women as simple "locker-room talk."

"To dismiss this as 'everyday locker room talk' is an insult to decent men everywhere," Obama responded. "The men you and I know don’t treat women this way."

To this Anglin countered: "Who are these men who don’t talk about sex when they’re alone with other men? . . . Certainly not the rappers that you and your husband have invited to the White House."

Several Trump-supporting Twitter users followed Anglin's line of thought, deeming Michelle Obama a hypocrite after inviting Jay-Z to visit the White House four times since 2009 — and to her 50 birthday party in 2014: