Trump's virulent tirade of a speech was chilling, paranoid and a page out of both Breitbart and Father Coughlin 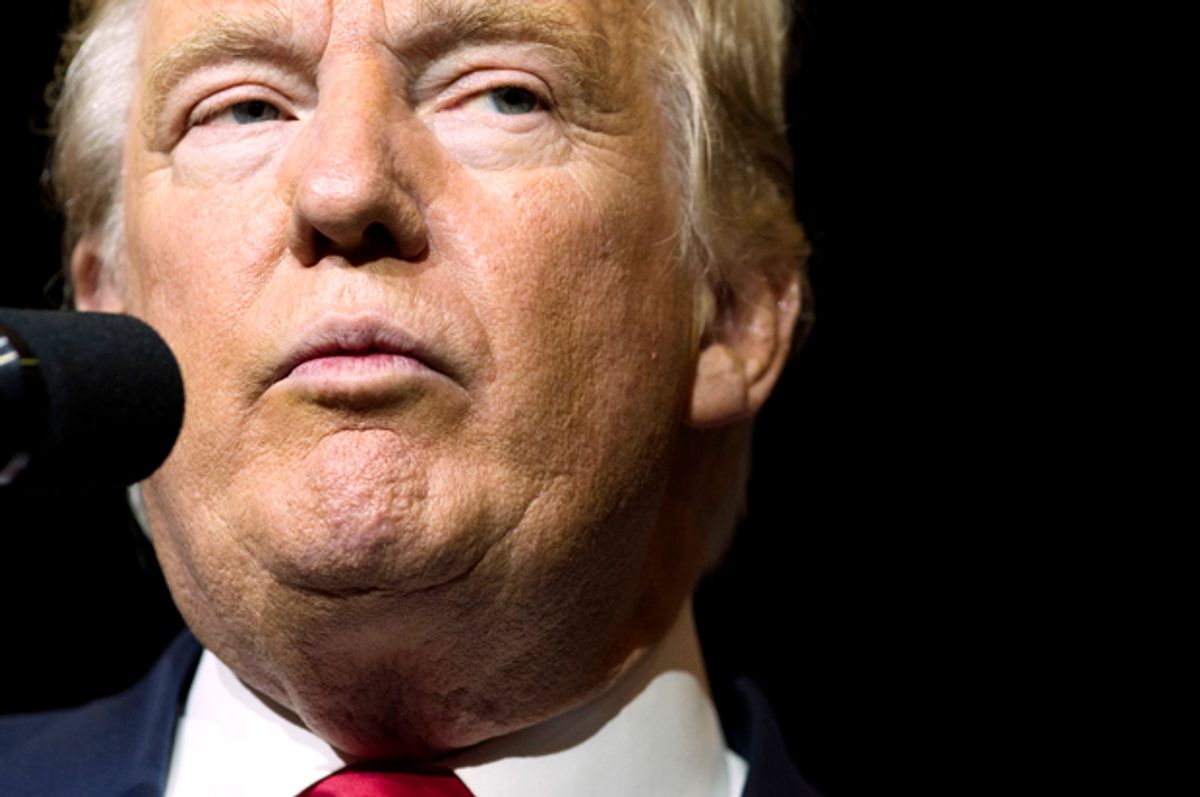 That was quite a speech that Father Charles Coughlin gave in Florida on Thursday.

Oh sorry, that wasn’t Father Coughlin. It was Donald Trump, Republican nominee for president of the United States, mainstreaming language that has mostly been confined to the fringes of the right wing ever since Coughlin, a once-vocal supporter of the New Deal, turned against Franklin Roosevelt in the late 1930s and used his national radio show to broadcast isolationist “America First” propaganda and anti-Semitic invective.

You can understand my confusion, though: For 48 minutes on Thursday afternoon, Trump spun a web of conspiracies about shadowy international forces teaming up with traitorous elites to strip the country of its wealth and dignity at the expense of American workers. He mixed in the usual Trumpian self-pity and martyrdom, telling the audience he would take the “slings and arrows” of all the enemies arrayed against him — and them – if it means the chance to make America great again.

It was as if a John Birch mimeograph tucked under windshields in a factory parking lot in the '60s had come to life. From the speech:

The Clinton machine is at the center of this power structure. We’ve seen this first hand in the WikiLeaks documents, in which Hillary Clinton meets in secret with international banks to plot the destruction of U.S. sovereignty in order to enrich these global financial powers, her special interest friends and her donors.

There were the references to mysterious cabals of globalists with nefarious goals, the demonizing of anyone and everyone outside Trump’s audience of true believers: the elites, the media, the women accusing the candidate of sexual assault — all of it an attempt to find a mysterious Other to demonize and blame.

For decades the right has been awash in this paranoia that is always in search of such an Other who is plotting to destroy America’s sovereignty within through terroristic plots or more subtle means. In the 1970s and '80s it mostly manifested in the dying klaverns of the KKK or small groups of neo-Nazis running around the Pacific Northwest robbing banks to raise funds to start race wars. In the 1990s it migrated to the civilian militias that popped up all over the country, made up of people banding together to fight the New World Order and the United Nations shock troops who were going to invade America any minute, using maps secretly drawn on the backs of road signs to guide their armored columns.

It was out of this world of paranoid militiamen that we got Timothy McVeigh and the Oklahoma City bombing of 1994. It was out of this fringe that we got stories of black helicopters and jackbooted government thugs ready to suspend the Second Amendment and seize everyone’s guns. And now the outliers have leached into the rest of the GOP and overtaken it.

The Republican Party has no one to blame for this turn. It has actively embraced this lunacy in some cases and winked at it in others. Now a man who first grabbed the party faithful’s attention by promoting birtherism is giving speeches containing a 21st -century version of the "Dolchstoss":

For those who control the levers of power in Washington, and for the global special interests, they partner with these people that don’t have your good in mind. Our campaign represents a true existential threat like they haven’t seen before.

This kind of historical callback to old Father Coughlin speeches has come because Trump put in charge of his campaign Steve Bannon, chairman of the website Breitbart and the merry band of white supremacists he employs as “journalists.” The mainstream Republican Party has embraced Bannon’s site for years, having made a hero of founder Andrew Breitbart, fetishizing his anger and his contempt for the media, which he often portrayed as a loose collection of leftists who hated “real” Americans. Trump wasn't the first one to channel Father Coughlin, after all.

It should surprise no one that Coughlin's and Breitbart’s poison has, like a virus, invaded and taken over the GOP and is now spewing from the mouth of its presidential nominee. This is the natural endpoint of this party — which would be less of a problem if the toxic mixture of xenophobia, anti-Semitism and paranoia that is Trumpism and that seems to have infected its adherents was not such a danger to the rest of us.