Apply to be a Donald Trump surrogate! 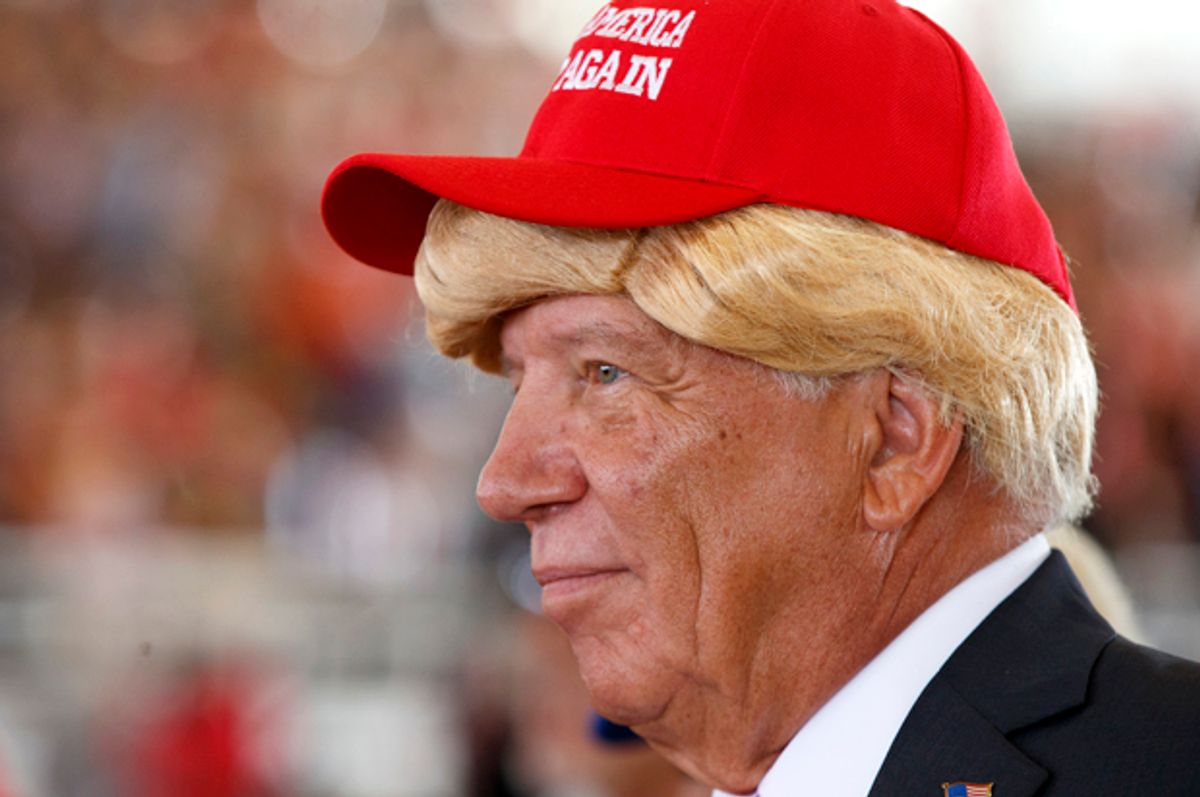 In the wake of mass defections following various NON-scandals, the Trump campaign is looking for surrogates who can start immediately. Please fill out the following questionnaire and hand to anyone who looks like Roger Ailes. (Women applicants, please include phone number and a full-body photo.)

Circle the answer that best applies.

1. What job are you applying for?

3. My political ideology is:

4. The presidential doctrine I most admire is:

5. What adjective do you feel Donald Trump cannot use enough?

5-a. If you picked (d) Flaccid: How many more women do you think will come forward with accusations between now and Election Day?

6. What would you consider a commensurate salary:

7. The main problem with our inner cities:

8. What is the best way for the campaign to address the speech made Thursday by First Lady Michelle Obama?

9. What name from the Clinton White House years are you willing to invoke on air every 30 seconds?

10. Which current Trump surrogate would you say you most resemble?

11. How do you feel about post-debate polls?

12. Who is your favorite Trump son?

14. Is the Muslim ban still in effect?

15. It is fair to gratuitously pick on Rosie O’Donnell because:

17. Which career Republican politician should Mr. Trump take advice from?

18. Choose a plausible path for Mr. Trump to 270 electoral votes:

19. During last Sunday’s debate, Mr. Trump admitted he opposed the Syrian strategy of his running mate, Gov. Mike Pence. Do you consider this awkward for the ticket?

20. What’s a better phrase to use on air instead of “locker room talk?”

21. How do you respond when some gutless TV haircut asks you to defend the line “Hillary Clinton should be in jail?”