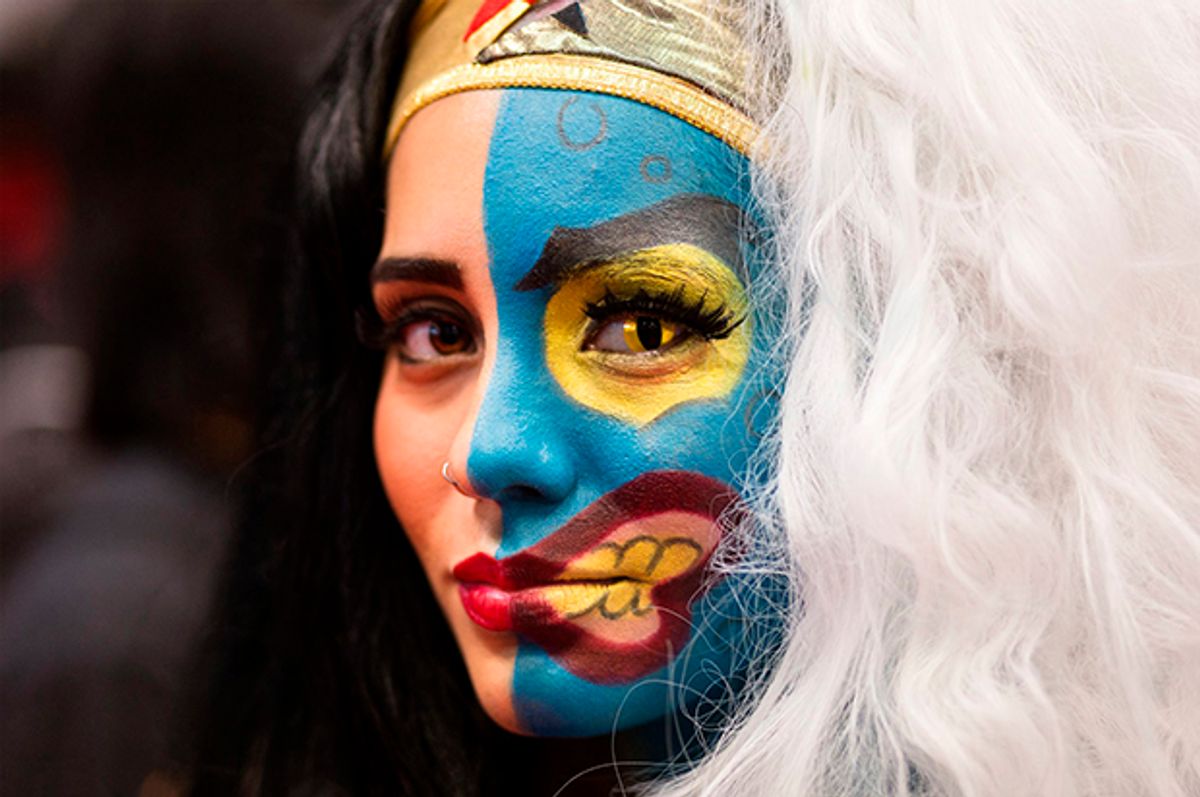 New York Comic Con is an event that takes over the entire city. There are four days out of the year that you are likely to come across Spider-Man emerging from the subway; Harley Quinn walking down 34th street; Deadpool munching on a hot dog (instead of a chimichanga); and limitless other characters heading to Manhattan's Javits Center.

Comic Con holds a special place in my heart as a millennial photographer. The visual stimulation — watching fictional characters become real — allows my inner child to go wild. But what I didn't expect going to Comic Con were the life lessons I walked away with. "Determination and commitment bring forth results" is a lesson I learned from Victoria Miller, a cosplayer who spent over 550 hours creating a costume of Samus Aran, the protagonist of Nintendo’s 1986 game "Metroid!"

Below I've compiled photos of the best cosplay I saw this year at #NYCC2016. HARLEY QUINN
Harley Quinn was quite popular this year; however, this rendition was by far my favorite. @lillydubs CAPTAIN AMERICA
In the midst of fictional lands filled with superheroes and villains, Captain America reminds us of our civic duty right here at home. Vishavjit Singh defines himself as "a Turbaned & Bearded American cartoonist with a Sikh edge" and is a past Salon contributor. AQUAMAN
I saw @patriciakashek standing in the middle of the crowd with a look reminiscent of one longing for the sea. CHARIZARD
Imagine Christmas morning as a child and tearing open that first present. That same mix of excitement, adrenaline and anticipation was felt while opening a new Pokemon card pack and hoping that Charizard was inside. "Rare" is a nice word to sum this one up. @peppermonster MASTER CHIEF (HALO)
"Halo" forever changed the first-person shooter video game genre. What's better than an energy sword straight into your opponent at close range and then repeatedly crouching and standing up over their dead body? Exactly, absolutely nothing. HARAMBE AND ZOOKEEPER
Gone too soon. Here we see angel Harambe along with his zookeeper. Forever in our thoughts. SAMUS ARAN
“Determination and commitment bring forth results" is a lesson I learned from Victoria Miller, a cosplayer who spent over 550 hours creating this costume of Samus Aran, the protagonist of Nintendo’s 1986 game "Metroid!" SPIDER-MAN
What a tangled web we weave. Spider-man reminds me of my childhood because who hasn't fantasized about launching webs from your hands and weaving from building to building in the cool evening breeze of Gotham City? WONDER WOMAN & TWO-FACE
This Wonder Woman and Two-Face mashup is a beautiful display of cosplay that transforms right in front of your eyes. Depending on your point of view and focus she is either the Amazonian superheroine or a Gotham villain. @nubiasnonsense JUNKRAT
It was her attention to detail and dedication to staying in character that caught my eye. @hanari502